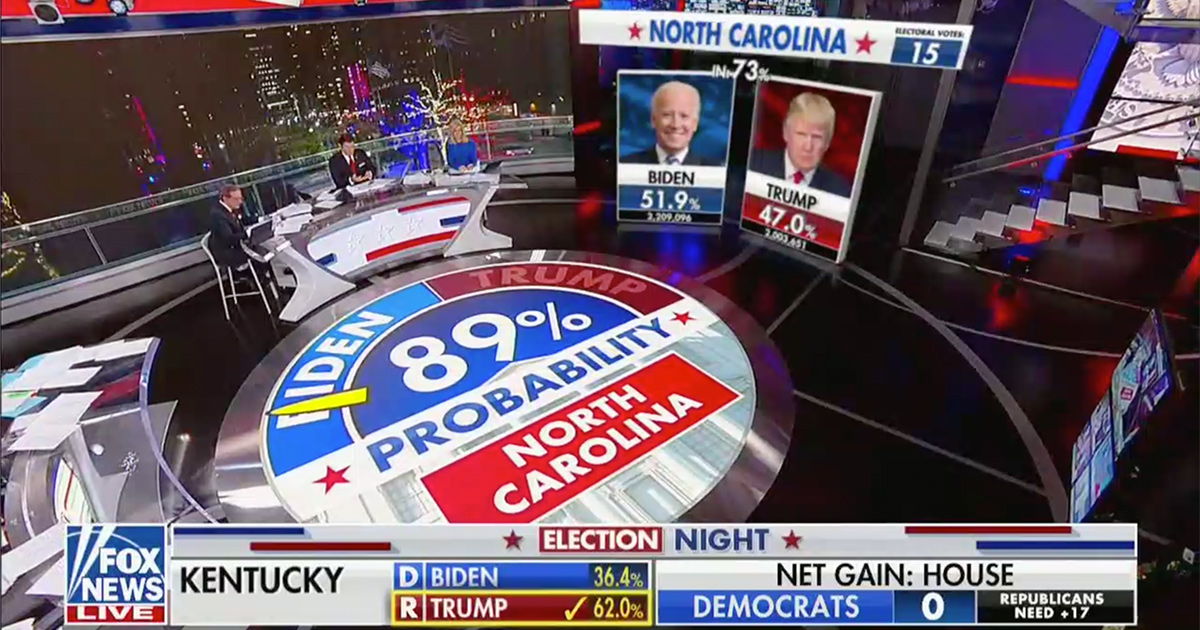 The race in North Carolina has not been called yet, and right as Fox News projected it looks very good for Joe Biden, the New York Times “needle” showed something very different.

As Bret Baier covered the ever-increasing likelihood that President Donald Trump will win Florida, he took note of how North Carolina looks and said Fox is giving Biden an 89 percent probability of winning the state. 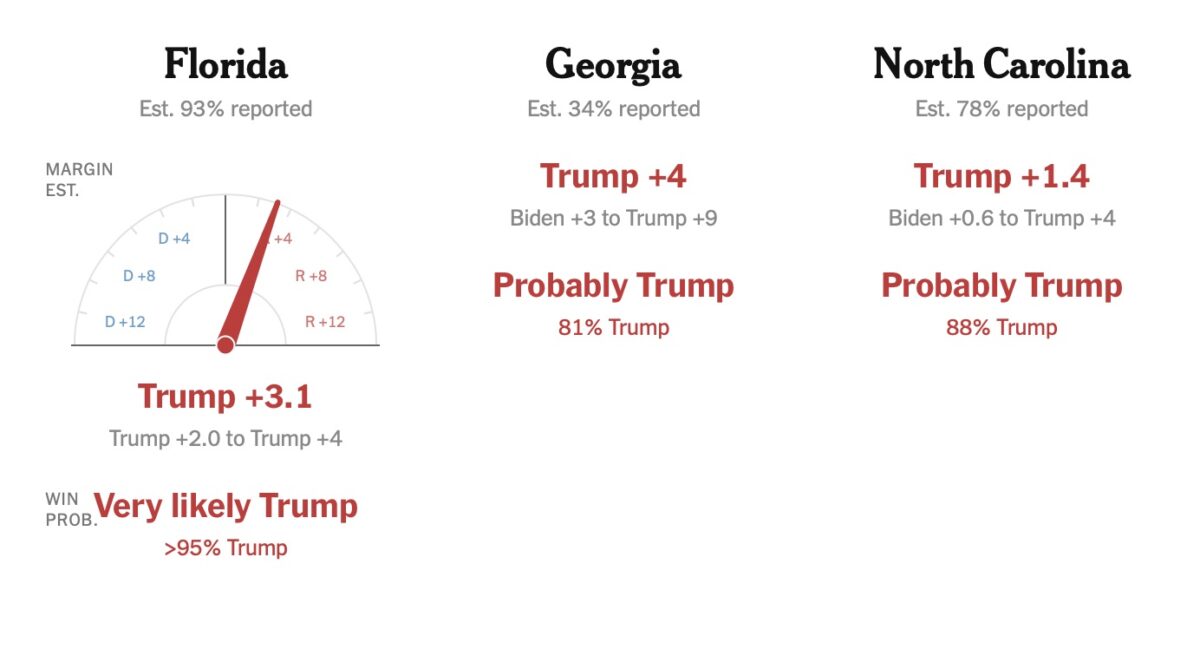 North Carolina has been seen as a key state for both Biden and Trump, and as of this posting no outlets have projected an official winner yet.