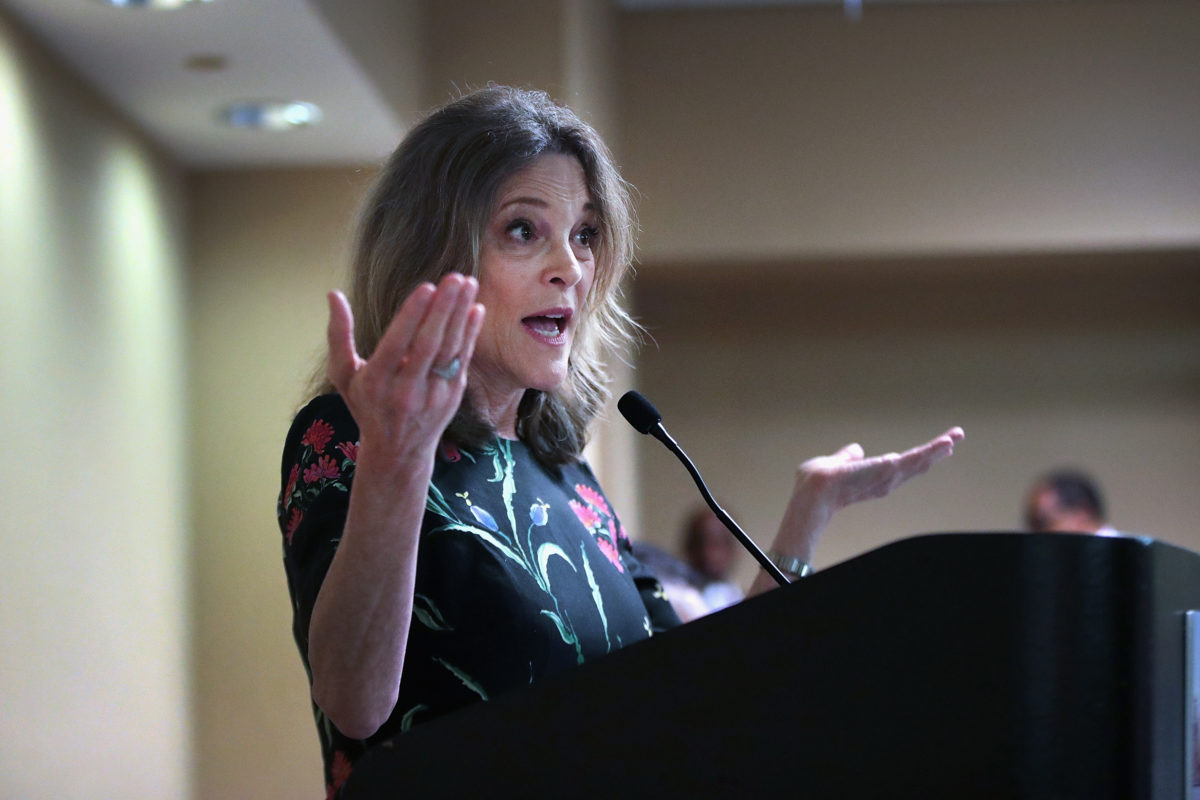 According to a CNN story, Williamson made numerous questionable comments while appearing on the fringe radio show Truth Jihad, which is hosted by Kevin Barrett, who lost his job in academia for relentlessly pushing outlandish and unproven anti-government propaganda. During the show, the New Age guru didn’t push back when Barrett floated his baseless myths that a “Zionist organized crime outfit” was the real culprit behind the 2001 terrorist attacks on New York City, the Pentagon, and a downed airliner in Pennsylvania.

“I think the Republicans are in the hands of the Zionist organized crime outfit that has been dedicated to going to a war with Iran ever since they blew up the Trade Towers,” Barrett said during their conversation.
“So you think that the Zionist organized crime unit were the ones who did 9/11?” Williamson responded, propagating rather than challenging the false smear.
“Absolutely, just Google Larry Silverstein,” Barrett said, referencing the Jewish real estate developer who helped build the Ground Zero site in Manhattan.

“So wait, I need to ask. So I understand the theory of 9/11 being an artificially created Pearl Harbor in order to justify an Iraq War,” Williamson continued, again seeming to legitimize the “inside job” conspiracy about the attacks. To which Barrett both echoed her question and amended it by saying 9/11 was “about destroying the enemies of Israel.”

In response to CNN’s reporting, Williamson campaign manager Patricia Ewing denied that the candidate had promoted or agreed with Barrett’s toxic theories. “Over the course of her 35-year career as an author, activist and speaker, Williamson has been interviewed hundreds and hundreds of times by media outlets that run the gamut,” Ewing said. She also told CNN that Williamson’s presence on the show was “not an endorsement of the host’s philosophy or ideas.”