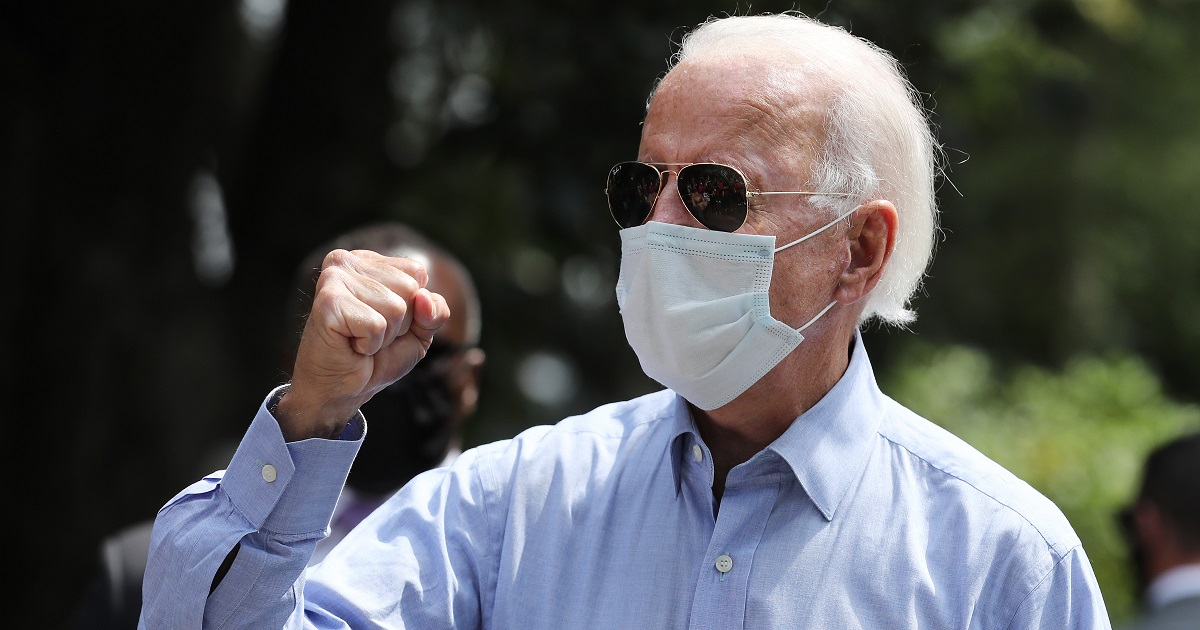 Former Vice President Joe Biden is no stranger to Secret Service protection, having been a part of President Barack Obama’s administration and now as the Democratic presidential nominee. But the level of security a president-elect receives is of an entirely different scale, and recent reports reveal the Secret Service is ramping up their protection of Biden and his Wilmington, Delaware home, due to his his rising prospects for electoral victory over President Donald Trump.

According to the Washington Post, two sources confirmed that the Secret Service was increasing the number of agents assigned to Biden’s protective detail, “sending reinforcements to Wilmington” on Friday.

A spokesperson for the Secret Service declined to comment, referring to an agency policy of not publicly discussing security plans and procedures for the president and presidential candidates.

Additionally, on Thursday the Federal Aviation Administration (FAA) issued a notice of  Temporary Flight Restrictions (TFR) for a section of airspace over Wilmington, having designated it “National Defense Airspace.” Pilots violating the TFR are subject to losing their license and criminal penalties.

Under normal circumstances, the Secret Service would ramp up their protection immediately after the election results were known, usually late in the evening on Election Night, having already maintained a basic level of protection for both major party candidates.

But as WaPo noted, ramping up protection of a potential president-elect before the election results are known is not unprecedented. During the infamous 2000 election recount, the Secret Service maintained the status quo for Vice President Al Gore and then-Texas Gov. George W. Bush, keeping the protective detail Gore had as vice president, and Bush as a major party candidate, until the results were finally announced more than a month later.