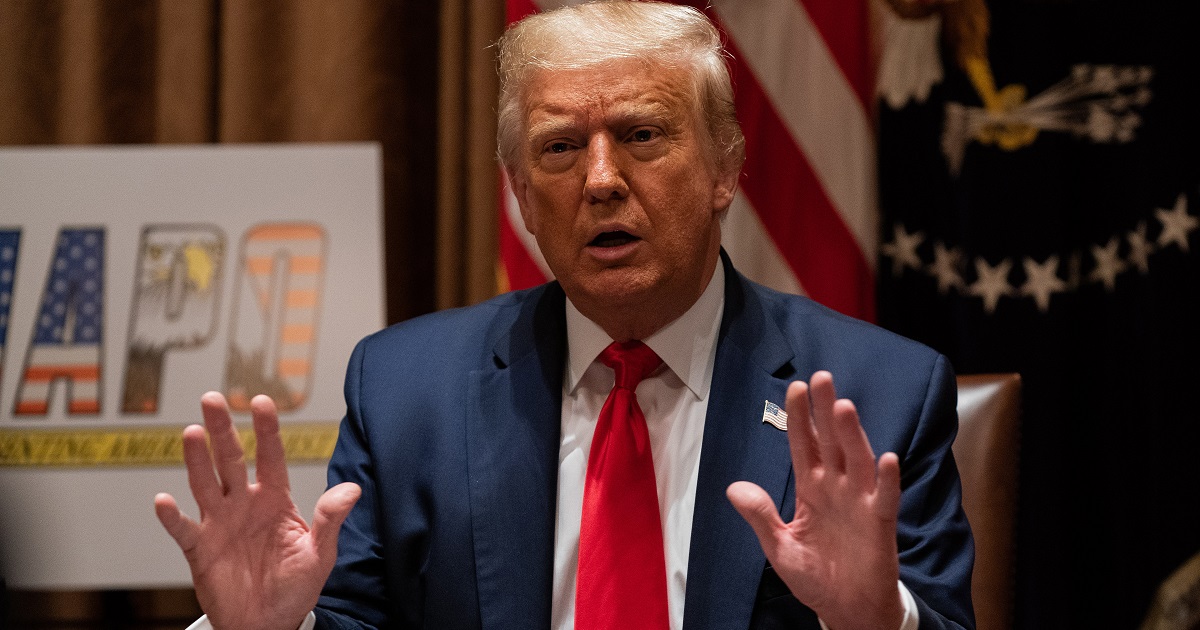 President Donald Trump encouraged people to commit voter fraud on Wednesday, in an apparent effort to prove the weakness of the U.S. mail in voting system.

Speaking to reporters in North Carolina, Trump suggested that his voters cast a ballot for the 2020 presidential election by mail as well as in person.

“Let them send it in and let them go vote. And if the system is as good as they say it is then obviously they won’t be able to go vote,” Trump said. “So that’s the way it is. And that’s what they should do.”

CNN White House correspondent Jeremy Diamond, reporting on the stunning comments from Trump, said “What the president is suggesting his voters should do here is essentially commit voter fraud.”

President Trump appears to encourage people to vote twice, in person and by mail, which could lead to voter fraud @JDiamond1 reports @PamelaBrownCNN pic.twitter.com/xEN0gOb3Fu

The president — who votes by mail — has repeatedly assailed proposals for universal mail in voting this year, which is under consideration due to the coronavirus pandemic. Trump has baselessly claimed mail in voting would ensure massive fraud.