Trump Campaign’s Use of White House Complex for Election Night ‘War Room’ Ignites Online Fury: ‘Criming From Day One to the End’ 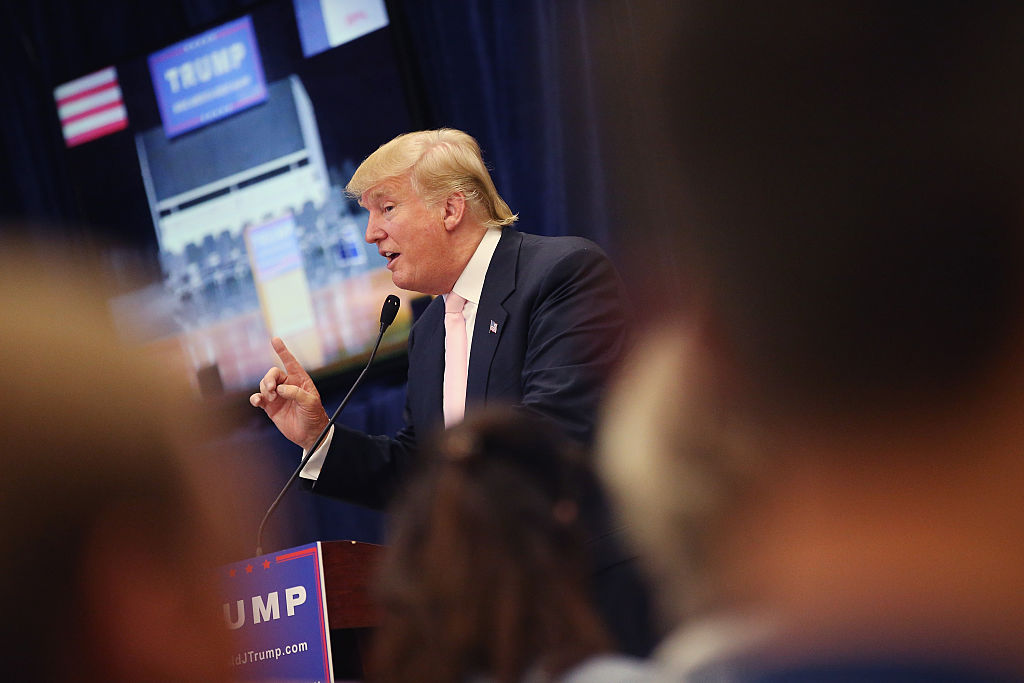 New York Times White House correspondent Maggie Haberman reported on Tuesday that the Trump campaign will be occupying office space in the White House grounds for its Election Night “war room,” prompting a wave of online fury over the possible illegal use of government property for campaign activities.

Over the previous weekend, President Donald Trump’s re-election campaign announced that it was abandoning its original plans to hold an Election Night rally in the nearby Trump International Hotel and instead would hold a private event for several hundred people on the White House grounds. That appears to have convinced the campaign to locate its headquarters at the Eisenhower Executive Office Building (EEOB), which is adjacent to the White House and also part of U.S. government property.

Per two sources, the campaign has a “war room” set up in the Eisenhower Executive Office Building. Trump is also going to be briefed in the residence and the Oval Office throughout the day by officials.

Per Haberman, Trump campaign spokesman Tim Murtaugh defended the move by saying “The war room needed to be in close proximity to the President and there is no expense whatsoever to American taxpayer for the use of a room in the EEOB, where events like prayer services and reception for outside groups frequently occur.” Haberman also reported that an unnamed “senior administration official” told her that the White House counsel’s ethics office cleared the move as not in violation of the Hatch Act, which prohibits taxpayer-funded staff or equipment being used for campaign purposes.

Tim Murtaugh, campaign spokesman, says,“The war room needed to be in close proximity to the President and there is no expense whatsoever to American taxpayers for the use of a room in the EEOB, where events like prayer services and receptions for outside groups frequently occur.”

A senior administration official says it was specifically approved by the ethics office within the WH counsel.

But as Haberman also added in the Twitter thread about the move, the building, along with all the security and other infrastructure supporting it, are U.S. government property and cannot be separated out for campaign reimbursement.

Still, the building is taxpayer space and it’s not clear how this works out under the Hatch Act.

This attempt by the campaign to disentangle its use of the White House grounds was met with both intense skepticism and anger online, to put it mildly.

President Barack Obama’s former director of the U.S. Office of Government Ethics, Walter Shaub, was among the first to post a viscerally strong reaction to the news.

This does not work under the Hatch Act. Every last person involved in this should be fired and fined $1000. But they know that Henry Kerner, who runs @US_OSC, which enforces the act, is a total partisan hack who checked out on the Hatch Act after September 17, 2020. https://t.co/9r57qCpeJU

Congressman Bill Pascrell Jr. (D-NJ), a vocal critic of Trump’s, did not hold back in his condemnation of the apparent Hatch Act violation as yet more evidence of the administration’s “criming.”

Trump is using government offices and the White House as his campaign command center. Criming from day one to the end. https://t.co/iFLNO1mjdf

Other government watchdogs and critics quickly followed suit, many pointing to the normalization of the Trump campaign’s blatant disregard for election law.

60+ violations of federal law in a month.

Sending the Cabinet to swing states.

Hosting RNC at the WH.

After all that, it was hard to imagine Trump could go farther to use taxpayer resources to benefit his campaign.

But, of course, he did. https://t.co/rBwHQrbzDy

Trump’s campaign is using a building that is publicly owned and kept up with our tax dollars. Looks like a clear Hatch Act violation. https://t.co/vRk9596Tp7

I’m relatively sure this violates federal law. You can’t run a campaign operation on federal property. Some wiggle room for political directors office in the White House. But this appears to be literally the campaign operation. https://t.co/bUDsg4vpTI

In previous White Houses, even wearing a campaign button into the complex would result in disciplinary action. https://t.co/abQWTwkuXV

In 1997 VP Al Gore caused a major political scandal by making fundraising calls from his WH office. His political opponents were very very concerned about the Hatch Act and other statutes prohibiting use of federal resources for partisan purposes. https://t.co/l16cpdjegl

The entire Clinton-Gore 1996 and Gore-Lieberman 2000 campaign staffs, as well as the DNC of that era, would like to say a few words, please. https://t.co/GmofH2qmNR

The president already crossed a line in modern times by doing a full RNC event at the White House and now this? Setting up your war room at EEOB??? Goodness gracious. https://t.co/deKiNENUqN

I worked in this building for a good part of my adult life. If I had been caught doing this I would have been fired on the spot, because it would have been blatantly illegal, as I’d been trained on every six months by White House Counsel. https://t.co/vMM7yrHm3M

Trump merged the federal government with his private business, and then he merged the combined entity with his re-election campaign. We pay for it; he reaps the benefits. https://t.co/Dr7cK4RhaB

Just a reminder that you can’t walk into a polling place with even a campaign flyer. But cool, just break more laws. https://t.co/x0b3NvaH8j

Breaking the law down to the final hours. https://t.co/7No2lLkQ21

The Old Executive Office Building is a public building paid for with taxpayer dollars. The people who work there a prohibited from engaging in political activities while at work. It is not a political office! 🤦🏽‍♀️ https://t.co/6GQmu6FwtW

A bunker is a bunker, y’all. Where else did you expect him to break federal election law? https://t.co/rxyyUFbCXO