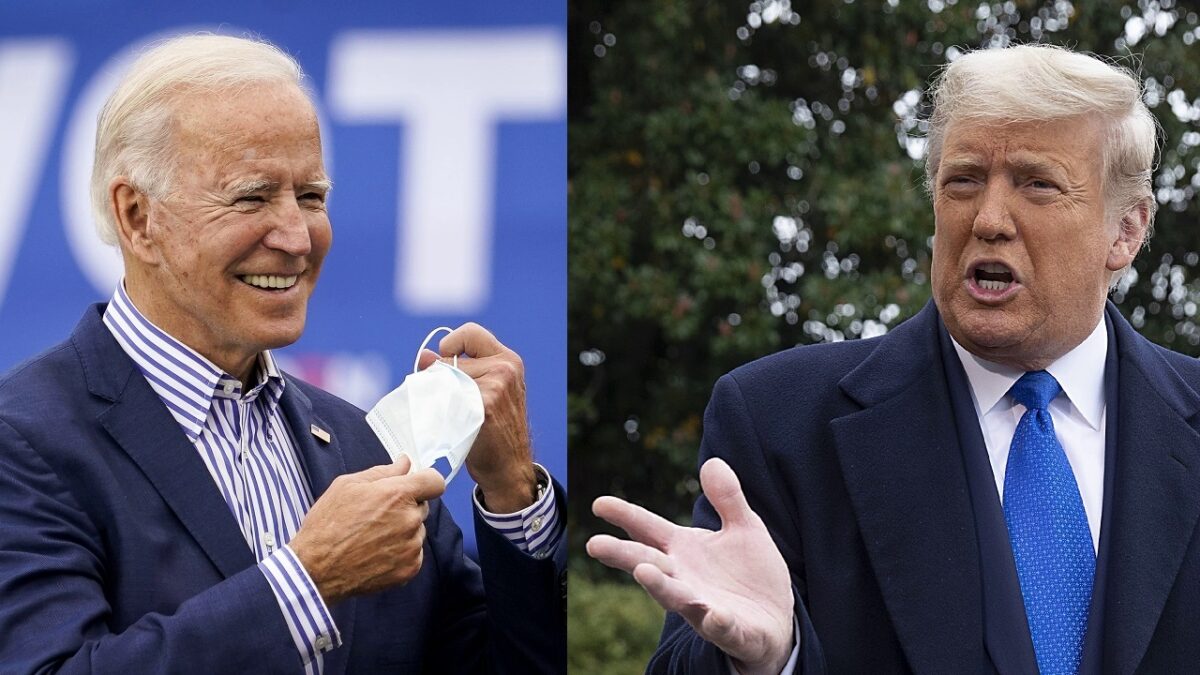 These predictions are not just pulled out of a hat. FiveThirtyEight has a formulaic process that simulates the election outcome 40,000 times based on average polling data from each state to see who wins most often. “The sample of 100 outcomes below give you a good idea of the range of scenarios our model thinks is possible,” they say, which you can see in the screen-captured graphic illustration below: 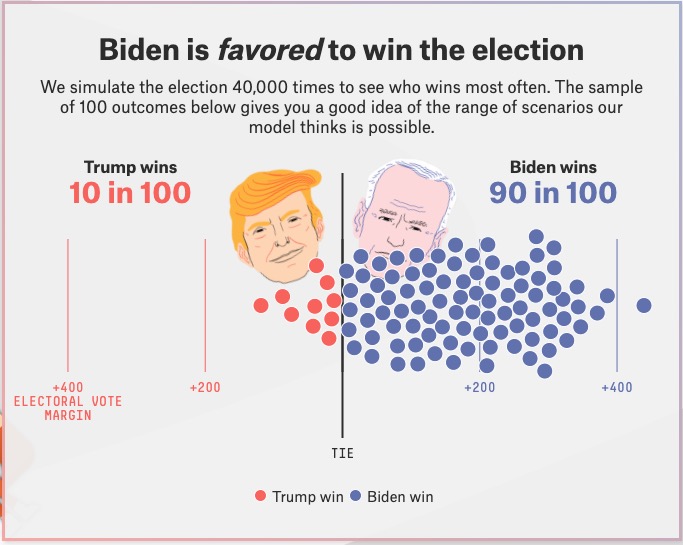 FiveThirtyEight is not an outlier here. Many polling aggregators also are giving Joe Biden big odds to win, and some with even bigger odds. The Economist, for example, is giving Joe Biden a 95% chance of winning the election on Tuesday.

Democrats are likely triggered by any sense of security in these predictions since Hillary Clinton was also considered an odds on favorite by many pollsters in the week leading up to the 2016 election. There are a number of different variables, however, in 2020 compared to the election from four years ago.

Joe Biden has a much higher favorability rating compared to former Secretary of State Clinton, who was the first female presidential candidate nominated by either the Republican or Democratic party.

More importantly, however, was the surprise announcement made by then FBI Director James Comey that he was reopening an investigation into Ms. Clinton’s emails due to material found on Anthony Weiner’s laptop, which ended up being a distraction. FiveThirtyEight’s founder Nate Silver has made a compelling case that Comey’s announcement “probably cost Clinton the election.”

While a lot of Trump supporters love to deride the 2016 polling, the general numbers weren’t that far off. Aggregated national polls gave Clinton a 3% lead nationally. When all votes were tallied, she won the popular vote by 2%. On the eve of the election, FiveThirtyEight gave Clinton 2 to 1 odds to win the election.