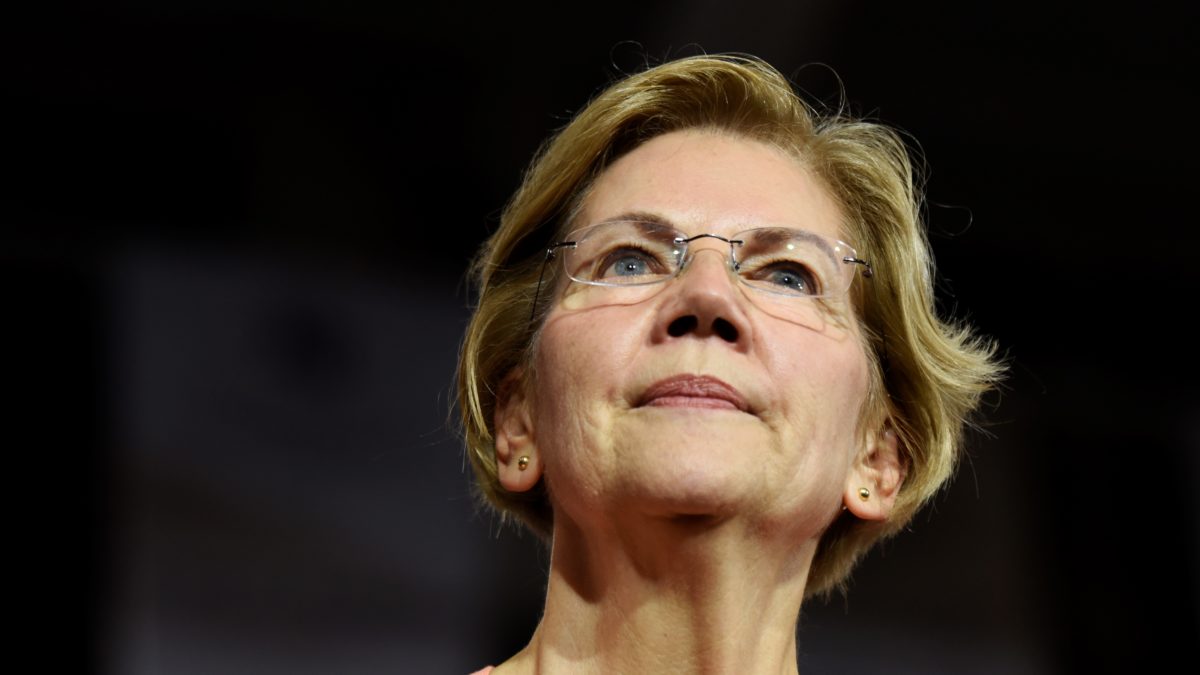 Former volunteer Nicholas Dore says that Massachusetts Senator and Democratic presidential candidate Elizabeth Warren’s campaign denied him a job over a past marijuana arrest, and now he wants to work for Bernie Sanders.

The campaign says that’s not true, and reporting shows there’s more than meets the eye.

On Monday, Dore began trashing the Warren campaign on Twitter and pledging allegiance to Sanders.

“A marijuana conviction disqualified me from working on the @ewarren campaign. A candidate is not progressive if they don’t believe in second chances. @BernieSanders is the only candidate fighting for criminal justice reform, and that’s why I’m joining him in this fight #NotMeUs,” Dore wrote.

These are a few of the shoutouts from the campaign for all the work I had done in South Florida. I can’t wait to start hosting events for @BernieSanders He’s the only candidate fighting to reform our criminal justice system. #NotMeUs pic.twitter.com/suaJRhm3UD

But according to The Boston Globe‘s Naomi Martin, Dore had other legal troubles, and the Warren campaign said it didn’t even know about the marijuana arrest when they made their decision not to hire Dore:

“Dore’s conviction wasn’t for simple pot possession, but driving under the influence of marijuana. And online court records showed he had felony charges for burglary and grand theft pending at the time, though Dore says the case was dismissed in July and kept open only while he finished a pretrial diversion program.

The Warren campaign said it had no knowledge of Dore’s marijuana-related case when it decided not to hire him, so his tweet was “completely inaccurate.””

Dore claimed on Twitter that the Warren campaign cited the marijuana arrest as their reason for not hiring him, and told the Globe that the campaign later contacted him asking him to delete his tweet.

“The Warren campaign contacted Dore and asked him to delete the tweet, adding that his burglary charge was a factor in the decision and that if the case closed, they would reconsider the hiring decision, Dore said.”

The report notes that “Several details of Dore’s cases could not be independently verified by the Globe Tuesday,” and indeed, much of their reporting relies on Dore’s explanations of the documentation they were able to verify.

For example, Dore was quick to point out on Twitter that “I was not driving nor was I drunk” when he was arrested.

* I was denied because of a DUI/Marijuana possession. I was not driving nor was I drunk. Would love to go public @ewarren sad to see your supporters running a negative campaign after your committed not to. I have never been arrested for a violent crime in my life. @CNN @MSNBC

He told The Globe that prior to his 2018 arrest, he was “parked with his car and headlights on outside a smoke shop but not in a parking spot,” and police rousted him because they thought his car looked suspicious and reeked of marijuana.

The details of Dore’s burglary charge are even more un-criminating. Dore pointed out on Twitter that the case had been discharged in July, but not dismissed until this month pending completion of a pretrial diversion.

Discharge certificate issued in July. Tag @ewarren if your so sure of the case details. @GeoffMiami

But that’s not all, Dore told The Globe. He wasn’t just not a burglar, he argues he was the crimefighter in this situation.

“In the second case, in January, Dore said his friend stored two computers at Dore’s house, without disclosing that the friend had stolen them from a previous workplace the friend still had a key to. When Dore found out, he said, he went to the police and reported his friend. The friend was arrested and convicted, court records show, while Dore’s case was dismissed in July and officially closed Dec. 20 after he finished a pretrial diversion program.”

The Warren campaign offered Dore the chance to re-apply in the future, but he posted an email exchange with the campaign that said he has withdrawn himself from consideration:

After they denied me they said I could get it off my record and they would reconsider after a few months but what’s the point pic.twitter.com/L1ljhtzksK

Dore told The Globe that he’s going to seek an internship with the Sanders campaign, which did not respond to a request for comment.