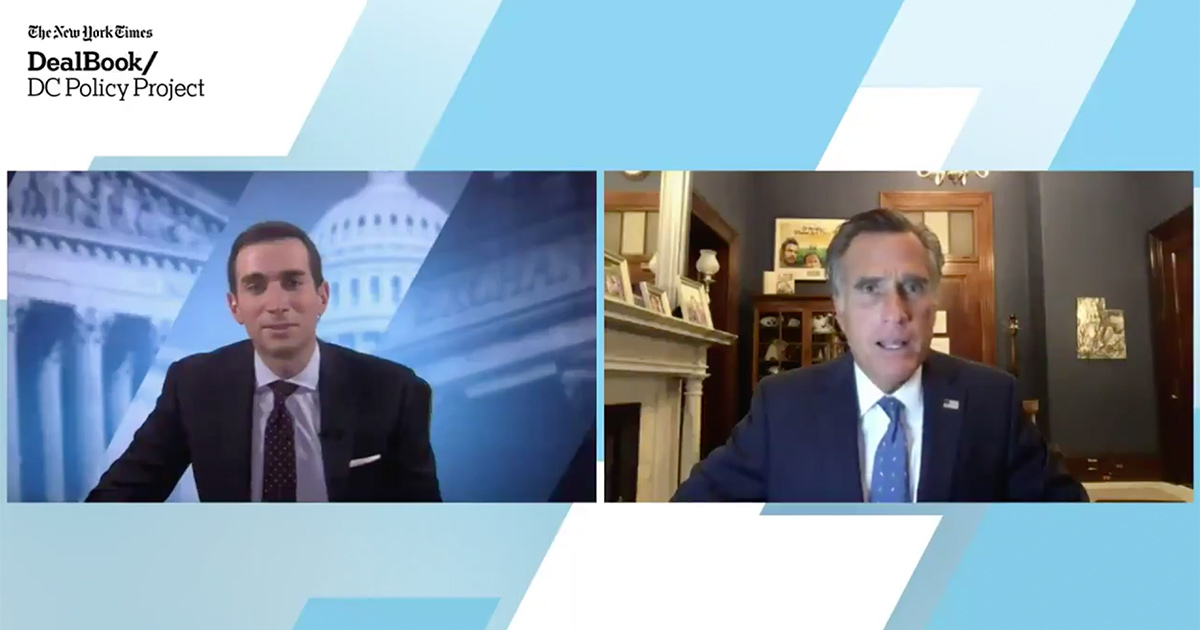 Senator Mitt Romney (R-UT), one of the more outspoken anti-Trump Republicans in the party right now, thinks former President Donald Trump will end up winning the GOP presidential nomination in 2024 if he runs.

During a New York Times event Tuesday, Romney said Trump will likely continue to be involved in the future of the Republican party.

On Donald Trump, Senator Mitt Romney at the DealBook DC Policy Project said: “I don’t know if he’ll run in 2024 or not, but if he does I’m pretty sure he will win the nomination.” #DealBookDC https://t.co/Q6zOBOXHks pic.twitter.com/TK6fE9KLx2

When asked to elaborate, Romney said, “I think he’d win the nomination if he runs.”

He clarified that “a lot can happen” and he can’t predict the future, but said he’s looking at the polls and Trump is continuing to dominate them.

Andrew Ross Sorkin asked Romney if he would campaign against Trump if he runs.

“I would not be voting for President Trump again. I haven’t voted for him in the past,” Romney responded.