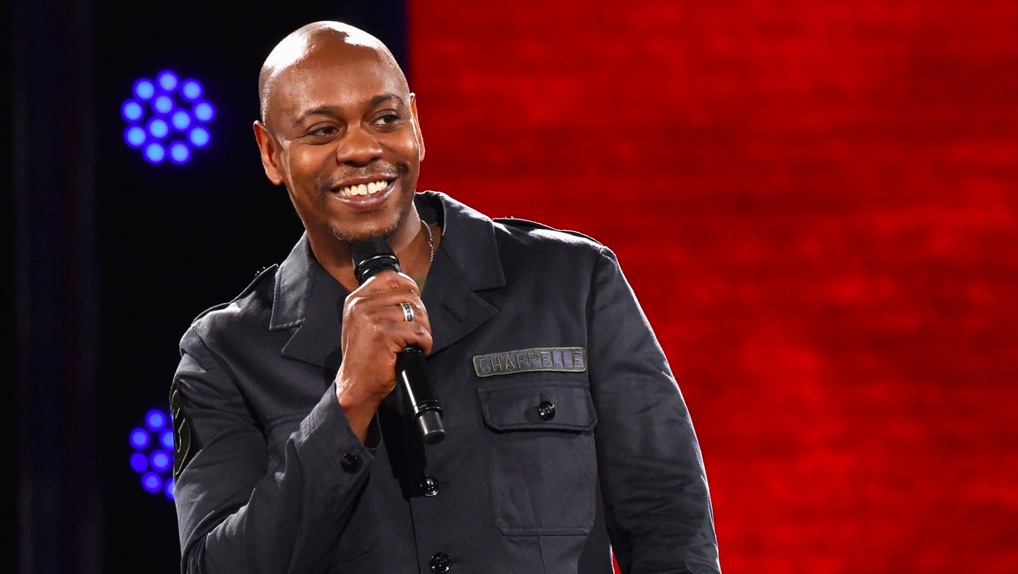 Comedian Dave Chappelle’s new stand-up special on Netflix, Sticks & Stones, doesn’t shy away from taboo subjects and includes a long riff by Chappelle on his skepticism about the two men who have accused Michael Jackson of raping them when they were children: “I don’t believe these motherfuckers.”

In his combative, one-hour special, Chappelle mocks so-called cancel culture, the #MeToo movement, and trans people while offering an extended bit excoriating the gun violence epidemic in the country, which he blames on white people.

“Shooting up schools is a white kid’s game,” Chappelle says at one point. “I hated school too. It never occurred to me to kill everybody in school?! It’s fucking crazy.”

And in direct rebuke to supposed political correctness, the comedian also jokes about victims of child molestation and casts doubt about the two alleged victims of Michael Jackson’s sexual abuse from the documentary Finding Neverland:

“I’m gonna say something that I’m not allowed to say, but I gotta be real. I don’t believe these motherfuckers. I do not believe it. But let me qualify the statement. I am what’s known on the streets as a victim blamer. You know what I mean? If someone came up to me like, ‘Dave, Dave, Chris Brown just beat up Rihanna.’ I’d be like, ‘Well, what did she do?’ ‘Dave, Michael Jackson is molesting children!’ ‘Well, what were those kids wearing at the time?’ I don’t think he did it.”

“I know it seems harsh, but somebody’s gotta teach these kids there’s no such thing as a free trip to Hawaii,” Chappelle joked about the grooming of child abuse victims.

Watch the trailer for Chappelle’s special below, via YouTube.