NBC Accused of Anti-Semitism Over Scene in Medical Drama Nurses 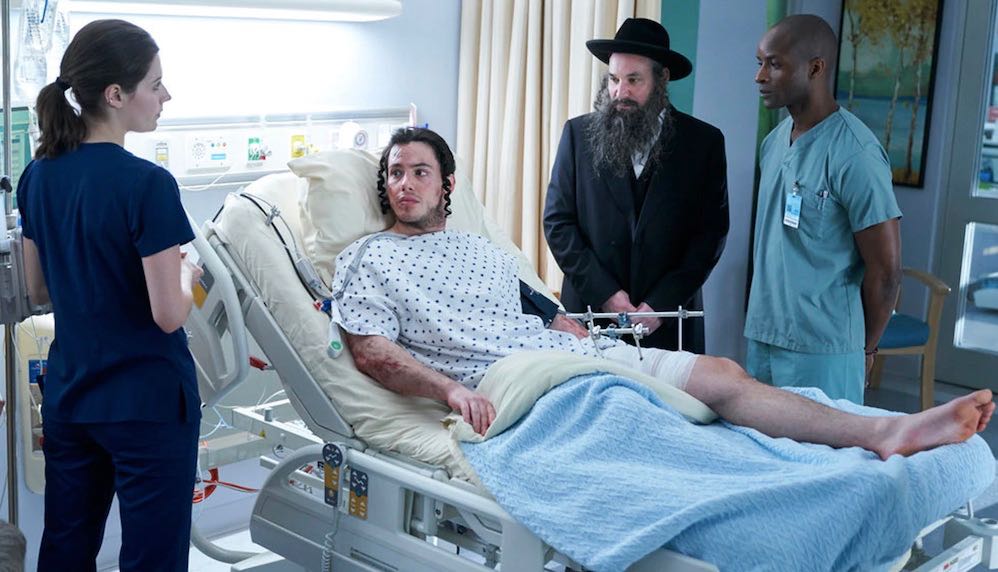 NBC is receiving backlash over a controversial scene in the medical drama Nurses, which features a Hasidic Jewish man refusing a bone graft from a non-Jew.

Seffi Kogen, head of young leadership at The American Jewish Committee (AJC), tweeted the clip, which features a Hasidic Jewish patient in need of a bone graft from a deceased donor following an injury.

“A dead goyim leg?” asks the patient’s father. “From anyone? An Arab, a woman?” The doctors then express frustration with the Hasidic Jews for refusing the procedure.

Kogen referred to the scene as “the most antisemitic thing I have ever seen in a TV show,” and followed up by explaining, “For those of you unfamiliar with Jewish law, which puts precedent on healing and saving lives, there is no prohibition on the kind of bone graft in this clip. The writers made it up, dressed their actors in Jew-face, and put random extremist nonsense in their mouths.”

For those of you unfamiliar with Jewish law, which puts precedent on healing and saving lives, there is no prohibition on the kind of bone graft in this clip. The writers made it up, dressed their actors in Jew-face, and put random extremist nonsense in their mouths.

See the backlash below.

This is straight up anti-Semitism. There is NOTHING in Jewish law that remotely approaches anything the Jews say in this clip. https://t.co/t2aY01Pn88

This is absolutely disgusting. https://t.co/v4toBBJlbP

This warrants an apology and an explanation from @nbc. https://t.co/4pnXmifqFo

This is wrong on so many levels https://t.co/qjpuqP5Fk3

From NBC’s “Nurses” program. Talk about Over-the-top in your Face prejudice and Hate! Pushes every ignorant stereotype in the book. https://t.co/hTethVKzso

It’s generally acceptable to do this to us, and no one BUT us are outraged. There will never be a “Jewish lives matter” movement bc to a lot of people, they don’t, and that is why when people try to vilify or weaken Israel is say fuck no, fuck you, and fuck your double standards https://t.co/3P6sXVfTSG

The Emmy for cringe goes to… https://t.co/DhlxuzKH0k

They think that if they cartoonishly portray #Jews as bigots, it somehow justifies their cartoonish bigotry against Jews. Notice how the most virulent antisemites constantly make bogus accusations about how bigoted “the Jews” are. #antisemitism https://t.co/sB5f6lg8md

When Jews own Hollywood but can’t seem to keep the bloody anti-semities from portraying Hasidim as racist, backwards, assholes. https://t.co/62FdLAA1u2

Nurses follows five young nurses working on the frontlines of a hospital in Toronto. The TV series was produced in Canada and acquired by NBC in November 2020.