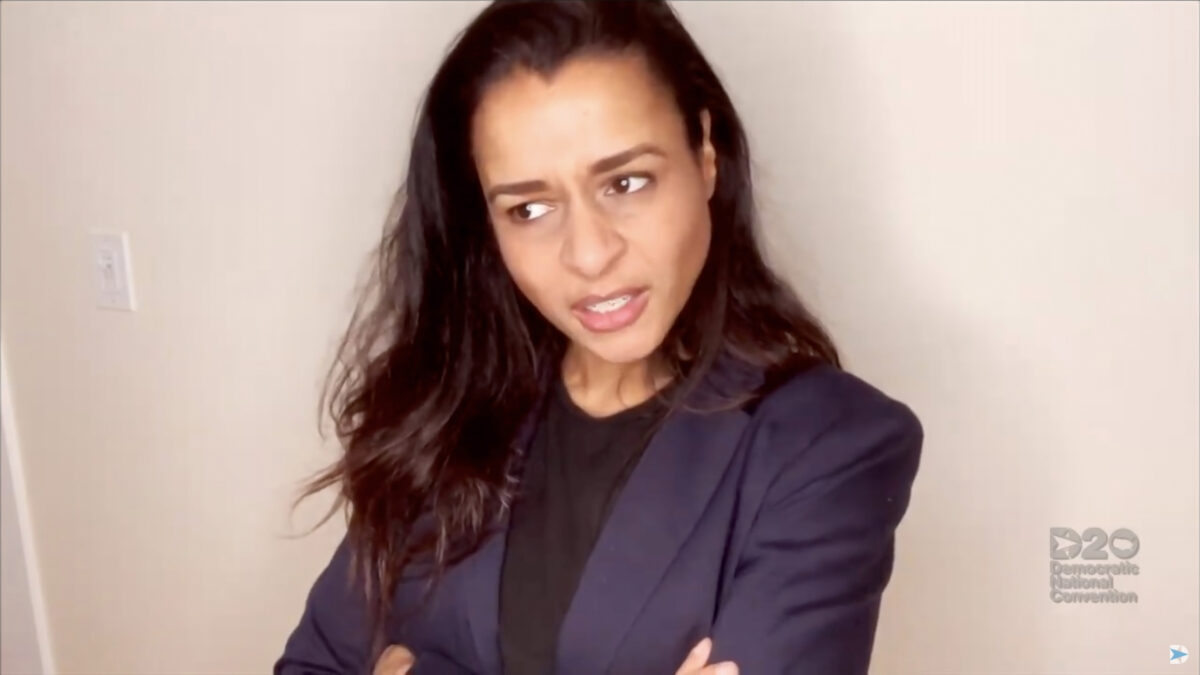 Comedian Sarah Cooper, who shot to fame over her viral lip-synched trolls of President Donald Trump’s speeches and interviews, revealed the moment she realized her impression had “gone too far.”

Speaking to The Daily Beast, Cooper admitted she was taken aback when Trump got asked if he had seen her videos during an interview on Fox News last August.

“Oh my god, it was so crazy. That’s the point where you’re like, oh shit. Like, I don’t know if this is where I want to be,” said Cooper. “To have a reporter ask the president of the United States, have you seen these videos from Sarah Cooper?”

The comic continued, “Just to even say my name and my name was in his head for a second, maybe. It was one of those moments where I was just like, maybe I’ve gone too far.”

When Fox News host Steve Hilton asked Trump about Cooper’s videos, he denied having seen them but admitted he’d “like to.”

The president asked, “Are they good or bad? If you’re saying they’re positive, I’d like to look. If they’re not positive…”

After Hilton noted that Cooper “doesn’t mean it to be positive,” Trump responded, “I see. Well, I’ll have to check it out.”

“If you say they’re positive, I’d like to look” — Trump says he’s never seen @sarahcpr‘s videos (who wants to tell him?) pic.twitter.com/NfCSwPMnnq

Cooper went on to tell The Daily Beast that she didn’t buy Trump’s unawareness about her videos. “It just made me realize like, yeah, he’s seen them and he hates them a lot,” she explained. “He hates them so much that he can’t even rip them apart. That’s how much he hates them.”

Cooper’s videos have racked up tens of millions of views across several social media platforms. Thanks to becoming a viral sensation, she has since scored a Netflix comedy special.