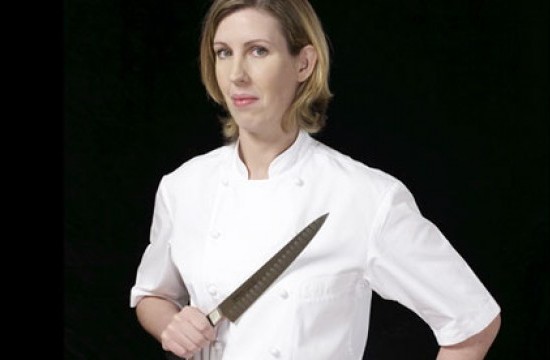 As head chef of Restaurant Gordon Ramsay in England, Clare Smyth is the first female chef in the UK to run a restaurant with three Michelin stars. Of course, her path to the top of the culinary world relied on some luck, a lot of talent, and the backing of Ramsay himself. But in this interview with The Guardian, Smyth reveals, among other things, three things she did to help her survive the “testosterone-driven” restaurant industry.

1: Work twice as hard as your male peers.

… in the beginning, when I started at Gordon Ramsay in my early 20s, there hadn’t been too many women that had come through the kitchen and done well. The guys rolled their eyes and said, “She’ll be gone in a week.” I was determined to get on with it, put my head down and show people I was capable. But I was petrified too.

In some ways, I was overdriven – I didn’t want people to turn around and say “Ah, she couldn’t cope because she’s a woman.” Any young chef is desperate to prove themselves; I was as well, but I put myself under that added pressure to prove myself because I’m a woman too.

2: Bring women into the kitchen to make sure the men behave.

Restaurant kitchens are testosterone-driven. It’s a tough world; the hours are bad and the conditions are harsh. But the atmosphere changes when there’s a girl in the kitchen – it’s nicer. The guys talk more softly, snap less and speak with a bit more respect. Having a woman in the kitchen makes the men think about how to behave. And they should think about it – they should be gentleman all the time, and I’ve told them that.

3: Figure out how to balance kitchen hours with family time.

In a normal job, you can put your kids in daycare and go to work nine to five during the day. But as a chef, you often work every night, every weekend, and it’s just not suitable – unless you get to a point where you can have a nanny. There’s lots to think about.

Check out the rest of the interview below.