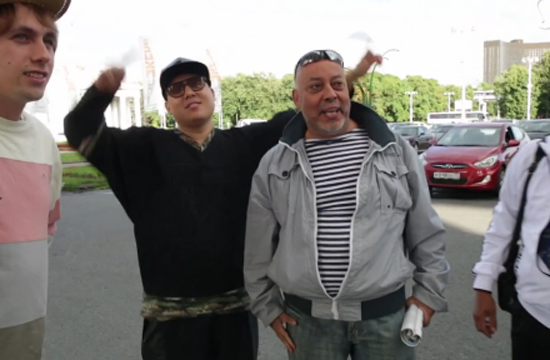 Good news for people who like loudmouthed, opinionated Asians who swear a lot: Eddie Huang is coming back to VICE for a second season of Fresh Off The Boat!

Bad news for people who hate loudmouthed, opinionated Asians who swear a lot: Eddie Huang is coming back to VICE for a second season of Fresh Off The Boat! (And also, why do you read my writing?)

The series starts airing on VICE.com starting September 30th, and, in between the gratuitous parties with bikini babes, wrestling with violent Chinese children, and watching animals die, will feature the following crazy adventures:

In the seven-episode season, Eddie shacks up with a tribe of nomadic camel herders in Mongolia; witnesses the shattered city of Detroit through the eyes of native son Danny Brown;  joins a Pakistani Muslim cricket league in London; explores the lucrative panda export business in Chengdu, China; sidelines with city food cart workers in Shanghai; calls out the whitewashing of Brooklyn back home in New York; and embeds with local Muscovites with help from a Russian YouTube star and community of Kyrgyzstan immigrants.

Also making us happy: the appearance of Zamir Gotta, Anthony Bourdain’s tour guide/erstwhile entrepreneur, in Moscow, apparently leading Eddie to puke in a toilet. (Zamir has that power. It is potent and dangerous.)