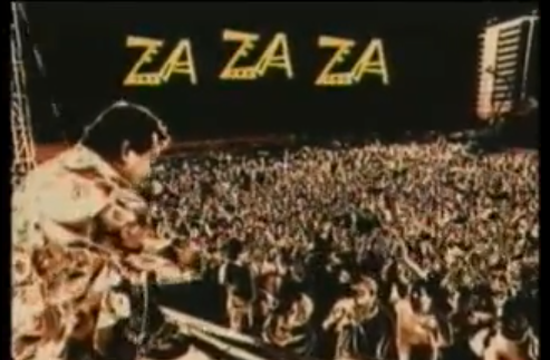 Did you pregame your Cinco de Mayo (or Derby!) weekend so hard that you forgot to make a playlist for your actual party? One, good job. And two, never fear — we’ve got the chefs who wrote yesterday’s Cinco de Mayo recipes to suggest things to listen to while you take tequila shots. Even better: we put it in a Youtube playlist below!

Check out who suggested what below, and applaud their good taste. (We’re looking at you, Justin Warner.)

Bobby Flay: I am hip hop everyday, any day, no matter what day it is… So Jay-Z, Drake, and some Dr Dre and Snoop… When I have my tequila on, the old school sounds better than ever.

Andrew Zimmern: La Santa Cecilia, love that band, they make a cameo in Border Check, they have a new album that’s awesome BTW.

David Santos: I’m more of a classic rock and blues man so those are the things usually on my playlist. But I do enjoy the sounds of Richie Valance quite a bit and La Bamba was one of my favorite movies growing up.