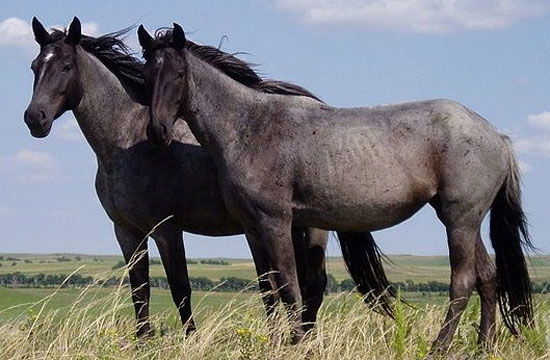 While the rest of the world collectively freaked out about the recent revelation that a British beef manufacturer had been secretly adding horse meat to their burger patties, Bloomberg UK had a different question: if one ignores the squick surrounding the thought of eating a beautiful, majestic horse, would it be tasty? To answer this question, they turned to prominent British chefs, whose profession consists of, among other things, eating all of God’s creatures.

Though most of the chefs polled agreed that consumers had a right to know that they were, in fact, eating a noble steed, they also argued that horse meat could be really quite delicious. “It’s got its own distinct flavor, a bit deeper than beef,” said Chris Galvin of Galvin Bistrot De Luxe, who first ate horse in a Parisian restaurant. “It was very tasty. I’d definitely eat horse again.”

In addition, horse meat is much healthier than beef, says Eric Chavot of Brasserie Chavot. “I ate it mainly during the ’60s and ’70s (in France) when I was growing up. It’s very high in protein, so it’s good for children. We always had ‘steak de cheval’ every Thursday.”

However, despite how awesome Black Beauty tastes, and despite the fact that all the cool chefs in France and Spain can serve horse, all the chefs agreed that they wouldn’t dare serve it in the UK — primarily because they’d get inundated with animal rights protesters. That being said, if they could serve ponies, here’s how they would do it:

We hope you feel as guilty as we currently feel about braised horse cheeks with applesauce.