Why Team USA Needs Its Own Specialized Chef in Sochi 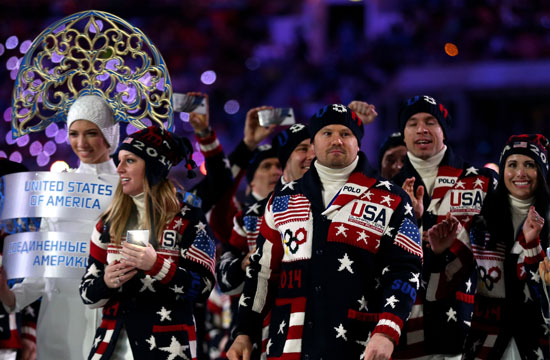 Today’s New York Times has a feature on Allen Tran, the head chef for Team USA, and the very unique set of #SochiProblems he faces as the man who feeds 100 high-maintenance Olympic athletes. (For instance: racing against Team South Korea to buy all the rice noodles in the Caucasus Mountains.) The duties of Tran, a registered nutritionist and dietician, are legion, but mainly he makes sure that Team USA is properly fed, kept happy (athletes are apparently picky eaters), and sequestered from things like food poisoning and gastrointestinal problems from drinking the local water.

But the position of Olympic Head Chef is a relatively new one, dating back to the 2006 Winter Olympics in Turin, and borne out of a near-disaster:

At the Turin Games, the skier Julia Mancuso spent the night before a race foraging in her recreational vehicle for dinner. Mancuso’s sister was expected to provide dinner, but when that did not happen, Mancuso, whose R.V. had run out of propane, munched on a pile of granola bars. She won a gold medal the next day, but as Tran said Friday, “It was the moment when the team realized we had to do a better job, and that was the genesis of making sure we had a chef around.”

Most of the food prepared for Team USA is locally-sourced, but Tran and his crew brought crates of American foods with them, such as maple syrup, Sriracha, and Greek yogurt — though the last ingredient’s been the source of diplomatic contention between the US and Russia lately. (It’s probably a Russian plot to handicap Team USA.)

RELATED:
Sochi Serves All Foods ‘In the Ass,’ Continues To Relentlessly Troll Itself
Let’s Keep Trolling for #SochiProblems and Weird Foods, Shall We?
Breakfast Links: Chobani Yogurt, Like Gay People, Banned from Sochi Olympics