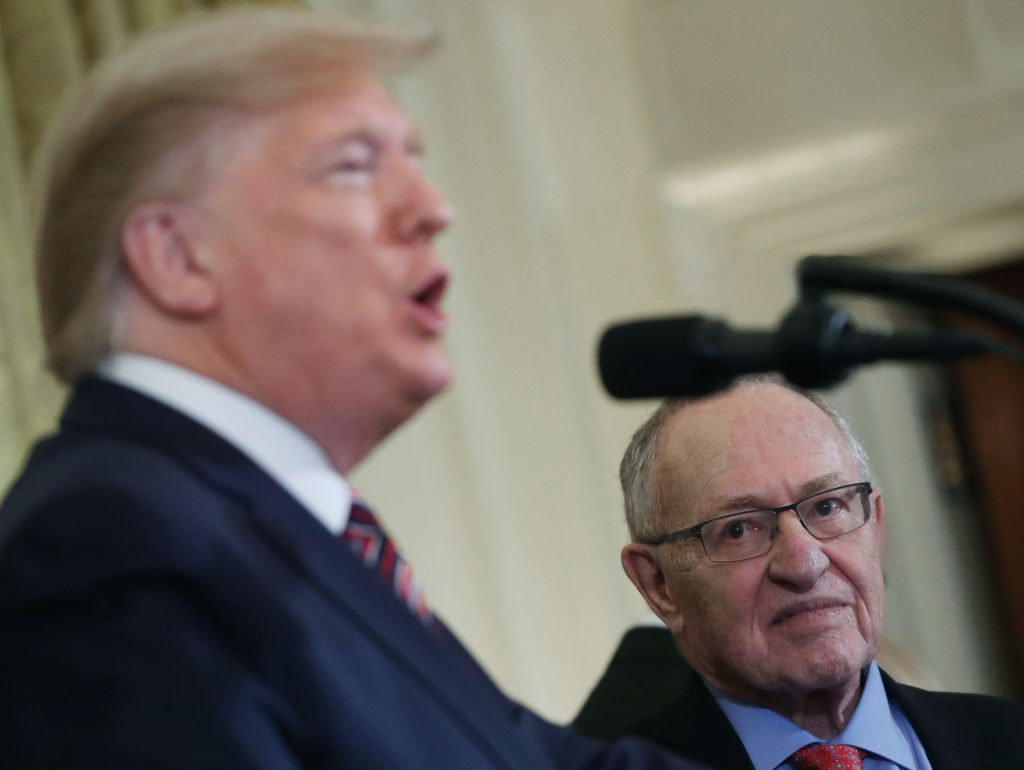 According to the New York Times, Dershowitz was involved in two of Trump’s pardons and 10 commutations, and was enmeshed in a complicated, but ultimately unsuccessful effort to free Nader, who pleaded guilty to child pornography charges (convicted for a second time) and transporting a 14-year-old boy into the country for sex in January 2020. Dershowitz’s efforts were reportedly bankrolled by Syrian-born businessman Joey Allaham.

The apparent machinations around getting clemency for Nader, who offered his assistance to Donald Trump Jr. at Trump Tower in the summer of 2016, were particularly byzantine. Dershowitz reportedly reached out to a Trump White House and an Israeli government official to feel out the possibility of a commutation. In exchange for having his 10-year sentence cut short, Nader, would agree to immediately leave the country and take up a role advising the crown prince of the United Arab Emirates, where Nader is also a citizen. He would then secretly work to advance Middle East peace talks.

In a comment to the Times, Dershowitz matter-of-factly explained his advocacy for Nader and other clients.

“I’m just not a fixer or an influence peddler,” Dershowitz insisted to the Times, calling his lobbying “a multifaceted approach to these problems. So I don’t separate out diplomacy, legality, courts, executive, Justice Department — they’re all part of what I do.”

Still, he told the paper that he wasn’t optimistic of Nader’s chances:

He also called Ron Dermer, the Israeli ambassador to the United States, who was noncommittal. After that, Mr. Dershowitz said, he shifted his efforts on behalf of Mr. Nader to focus almost exclusively on his fight to reduce his sentence in the courts.

“That was 99 percent of the effort,” Mr. Dershowitz said, “because the clemency effort directed at commutation was always so uphill considering the nature of the crime that it was never realistic.”

In the end, Trump did not grant clemency to his former campaign adviser and, according to Nader’s criminal lawyer, the plea was rejected for just one reason: Nader cooperated with the Mueller probe.