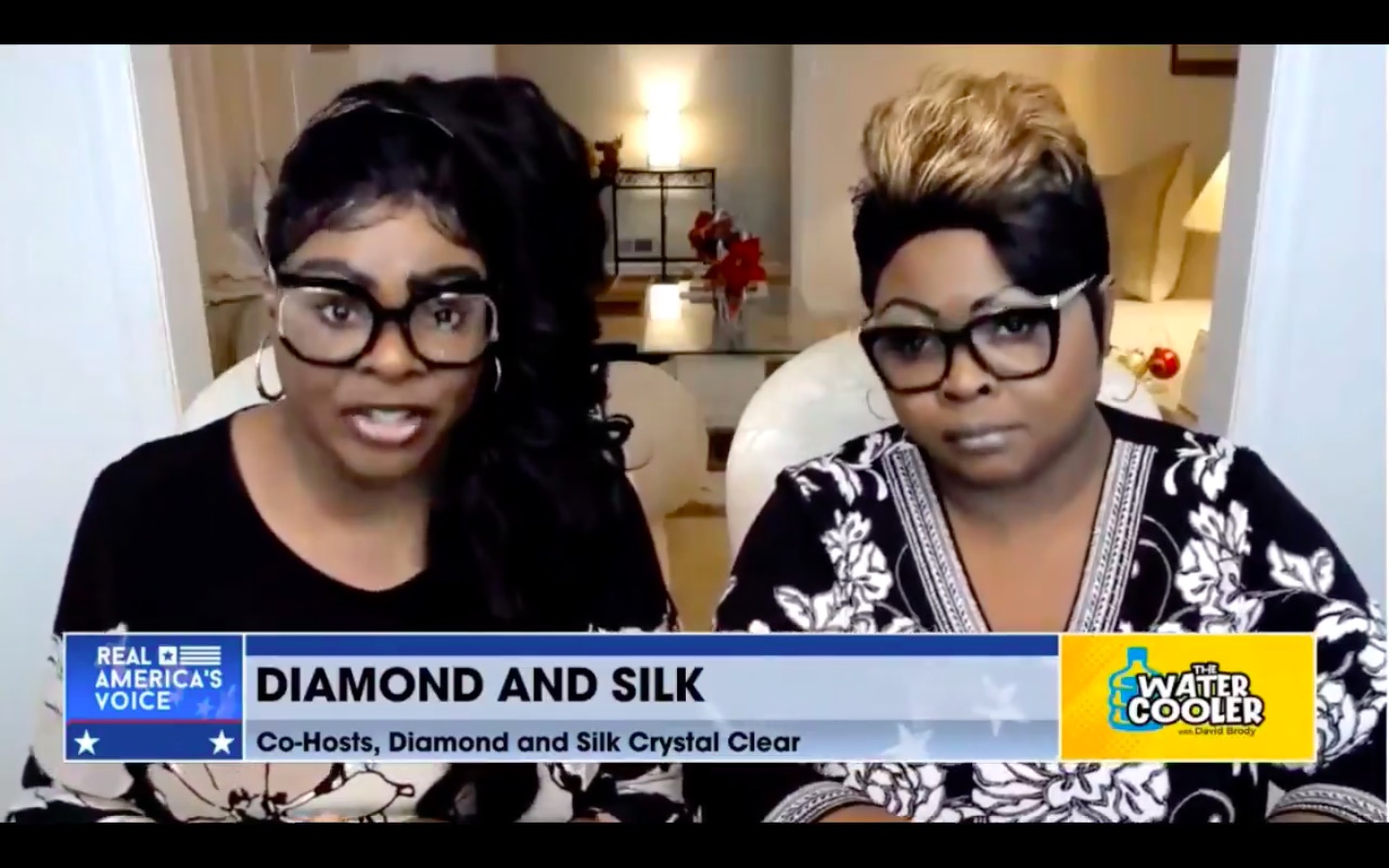 After Lynette “Diamond” Hardaway of the conservative podcast duo Diamond and Silk died this month of an undisclosed cause, her sister Rochelle “Silk” Richardson claimed she died upon being infected by someone who had received the Covid-19 vaccine.

According to a death certificate obtained by the Associated Press, Hardaway, 51, died on Jan. 8 of heart disease caused by chronic high blood pressure.

During a memorial service on Saturday, Richardson used the opportunity to blame vaccines for her sister’s death.

“Many call it a conspiracy theory,” she told her fellow mourners, which included former President Donald Trump. “I call it murder.”

The sisters were ardent opponents of the vaccine. In her speech, Richardson claimed the shot killed Hardaway.

“In the wild, when they want to depopulate and sterilize a large group of animals, they usually inject one animal, and then that one animal infect the rest of the animals,” Richardson stated. “So technically and according to the science, it doesn’t matter if you’re vaxxed or not.”

Richardson was alluding to a claim about “vaccine shedding,” which anti-vaxxers say happens when a person who has been vaccinated sheds components of the vaccine and “infects” others.

Hardaway’s family did not immediately disclose a cause of death earlier this month, which prompted some to speculate as to whether she died of Covid-19.

The AP noted her death certificate contained no mention of Covid.

“Covid-19 was not listed as a cause or contributing factor on her death certificate, which was provided to the AP by the Hoke County Register of Deeds and was signed by a local doctor,” the report stated. “No autopsy was performed.”