Can You Tell the Difference Between a Biden Fridge and a Trump Fridge? Find Out Here and Now 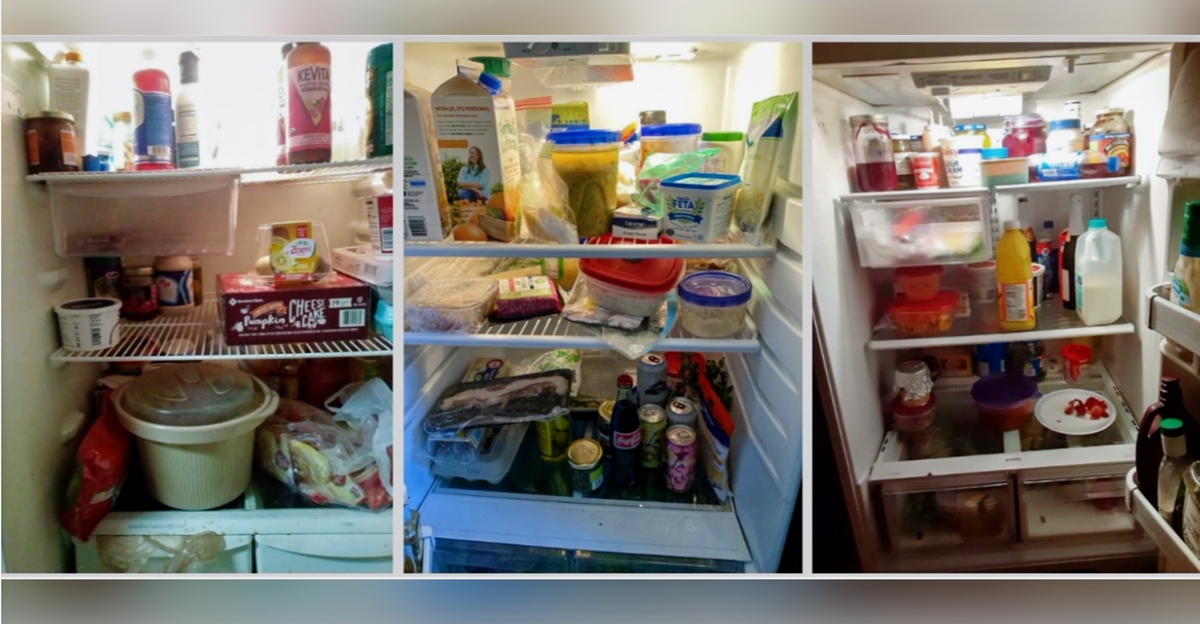 The New York Times: Can you tell the difference between a Trump fan and a Bien supporter based on the contents of their refrigerator?

This week, the New York Times released the ongoing results of a study in which readers guess whether a given refrigerator’s contents belong to a supporter of President Donald Trump, or of former Vice President Joe Biden.

We wondered if it was possible to identify Trump and Biden voters based on what’s inside their refrigerators, on the theory it might say something about our similarities and our assumptions about one another. So we teamed up with Lucid, an online survey platform, to ask a representative sample of U.S. residents whom they’re planning to vote for — and whether they’d open their refrigerators and take a picture of the contents. Hundreds did.

And now, you can cycle through those photos trying to guess correctly as well.

What might seem to be a pointless exercise does turn into a bit of an amusing study in assumptions and stereotypes, as periodically, the interactive quiz will ask you to point to an item that informed your guess before revealing the answer.

For example, I guessed that this was a Biden fridge based on what I thought were several six-packs of Ensure, on the basis that Biden is doing better with seniors than Trump. 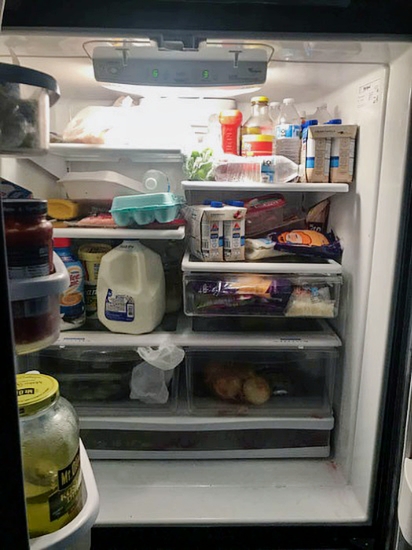 I was wrong, and I can see now that those were Atkins shakes. I guessed another Trump fridge correctly on the basis of two giant bags of shredded cheese.

I correctly guessed this Trump fridge simply because I didn’t want to believe a Biden family would use A1 steak sauce. 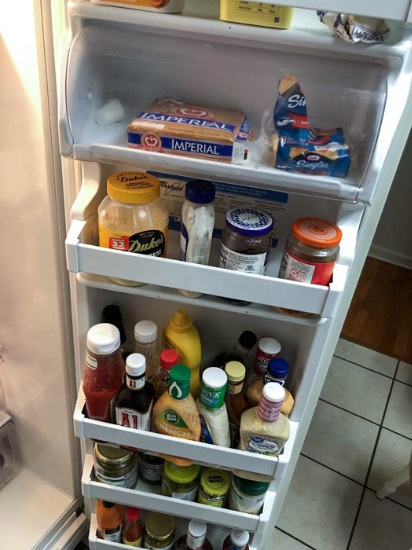 Overall, in a sample of twenty guesses, I did slightly better than the average NYT reader, who guessed correctly 52 percent of the time. 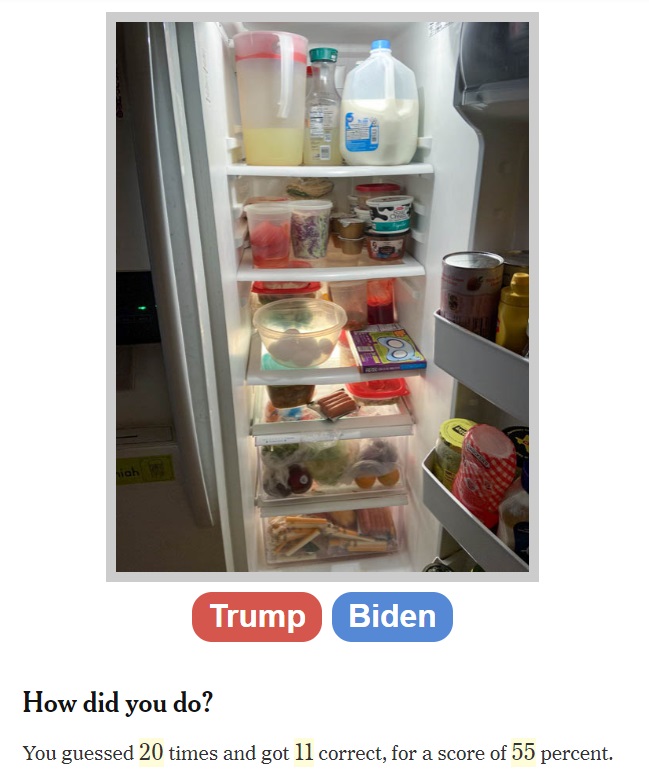 My top takeaways from a trip through 20 refrigerators are that fancy flavored water is the only consistent Biden tell I could pick up on, and gross food handling is a bipartisan phenomenon. Cover your food, people.

Take the quiz yourself, and see which fridges were most frequently guessed correctly and incorrectly here.