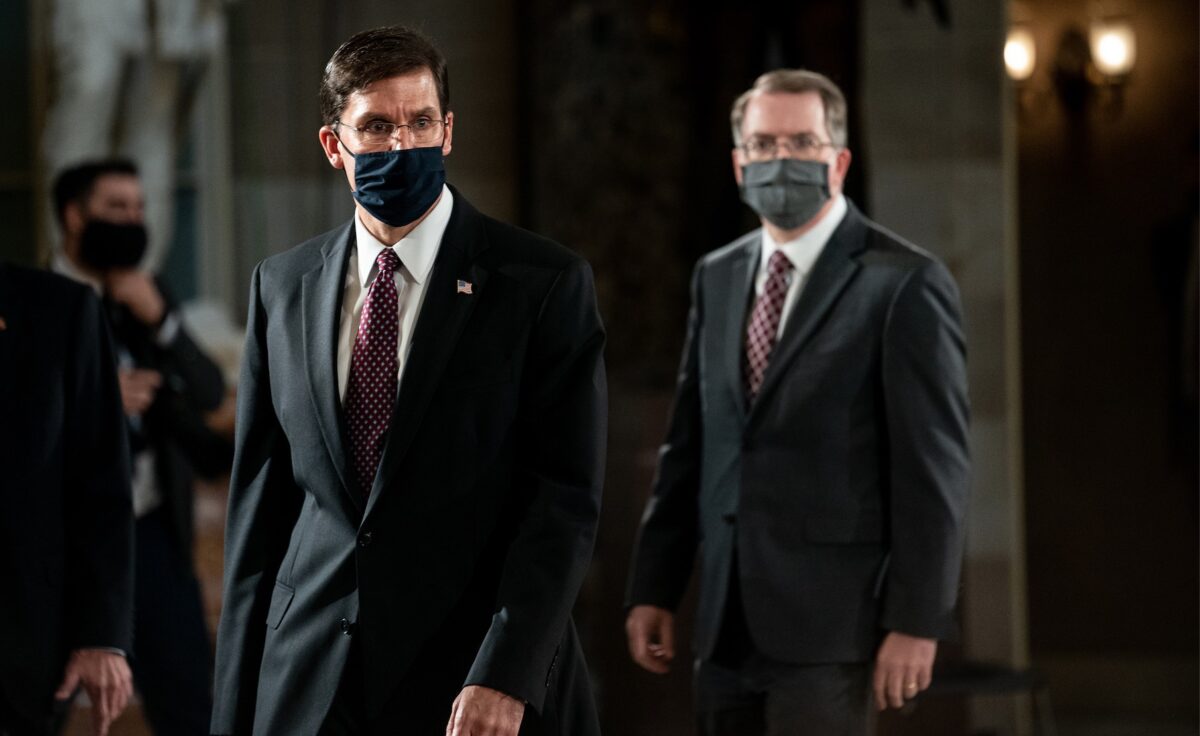 Esper prepared the letter in anticipation of Trump seeking his ouster if he won reelection, three defense officials told NBC News on Thursday. Esper has clashed with Trump on a range of issues, including whether to use troops in response to widespread civil unrest over the summer, the withdrawal of troops from the Middle East, and the removal of the names of Confederate generals from military bases.

At one point, Esper reportedly considered a directive ordering the secretaries of the Army, Navy and Air Force remove names related to Confederate leaders from military installations in their respective services, a position at odds with Trump’s public pronouncements. He has opted more recently to work with Congress on adding relevant language to the National Defense Authorization Act, the annual legislation appropriating funds for his department, including language to prohibit naming installations after those who have committed a felony or betrayed the United States.

Jonathan Hoffman, a spokesman for Esper, denied that the legislation caused any friction with the president, telling NBC in a statement, it was “normal and expected” for the department to work with Congress “to provide the administration’s concerns and views regarding proposed defense-related legislation — particularly when House and Senate versions of defense bills are being reconciled and finalized. This does not indicate support for previously proposed legislative language.

“Out of respect for the members of Congress who have sought technical assistance in good faith, we generally do not discuss these efforts,” Hoffman said. He added that Esper “continues to serve the nation as the secretary of defense at the pleasure of the president.”

Trump appointed Esper — a former defense lobbyist and chief of staff at the conservative Heritage Foundation — to helm the department in June 2019, after Acting Secretary Patrick Shanahan resigned in the wake of negative reports about Shanahan’s family life.