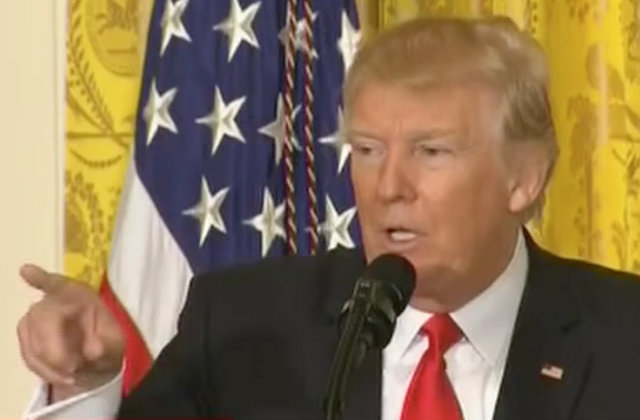 The scientist leading the Trump administration’s effort to develop a vaccine for the coronavirus claims he was abruptly reassigned after expressing strong objections to pursuing research into the drug hyrdoxychloroquine, which President Donald Trump has lavished with public, glowing praise as a Covid-19 treatment.

According to reporting in the New York Times, Dr. Rick Bright, who was the director of the Department of Health and Human Services’ Biomedical Advanced Research and Development Authority (BARDA), was suddenly booted from his job this week and effectively demoted to a much less substantial job at the National Institutes of Health.

Bright, who has a Ph.D. in immunology and molecular pathogenesis, was also removed from his other position as HHS Deputy Assistant Secretary for Preparedness and Response. He has called on the HHS inspector general to investigate the circumstances of his dismissal and, in a public statement, pulled no punches about why he thought he was removed from the job.

“I believe this transfer was in response to my insistence that the government invest the billions of dollars allocated by Congress to address the Covid-19 pandemic into safe and scientifically vetted solutions, and not in drugs, vaccines and other technologies that lack scientific merit,” Bright told the Times, alluding to the off-label usage of the anti-malarial drug, hydroxychloroquine. “I am speaking out because to combat this deadly virus, science — not politics or cronyism — has to lead the way.”

The White House declined to offer comment for the Times story.

But in late March and early April, Trump repeatedly touted hydroxychloroquine — combined with a dose of the antibiotic, azithromycin — at White House briefings as a promising therapeutic treatment for Covid-19. He publicly championed it as a potential “game changer” and asked “What do you have to lose?” while noting “What do I know, I’m not a doctor?”

Just hours before the Times report on Wednesday, the National Institutes of Health officially recommended against hydroxychloroquine treatment for Covid-19 because of “potential toxicities” and harmful side effects. That announcement came one day after a nationwide VA study of 368 coronavirus patients found more deaths and no benefits from using the drug.

Below you can read the entirety of Dr. Bright’s response to his dismissal.

Here is Dr. Rick Bright’s full statement, just emailed out by the law firm Katz, Marshall & Banks which will be representing him as he files a whistleblower complaint.
(First reported by @maggieNYT) pic.twitter.com/oQ3j9Z17SK