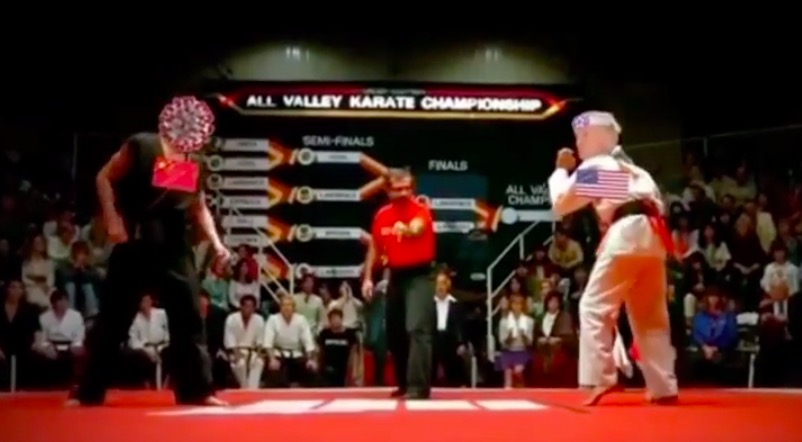 Trump Jr. reposted the meme from the company “America As F*ck,” which sells politically incorrect merchandise, most recently pushing customers to buy a t-shirt calling Trump “The Kung Flu Kid.”

Trump is imposed on Daniel LaRusso‘s body showing him karate chopping Sensei John Kreese, which has a coronavirus image superimposed onto the face.

Called for comment by Mediaite, “America As F*ck’s” voicemail message said, “Thank you for calling America As Fu*k…we are probably helping customers increase their freedom or out beating up terrorists…”

In the middle of March, an Asian-American White House reporter alleged that a Trump administration official used the term “kung flu” to her face, leading to massive backlash.

When asked if the term was offensive at a press conference, the president said no because the coronavirus originated in China.