Dr. Birx Says She’ll Retire Because Her Family Has Been Treated Poorly Since Thanksgiving 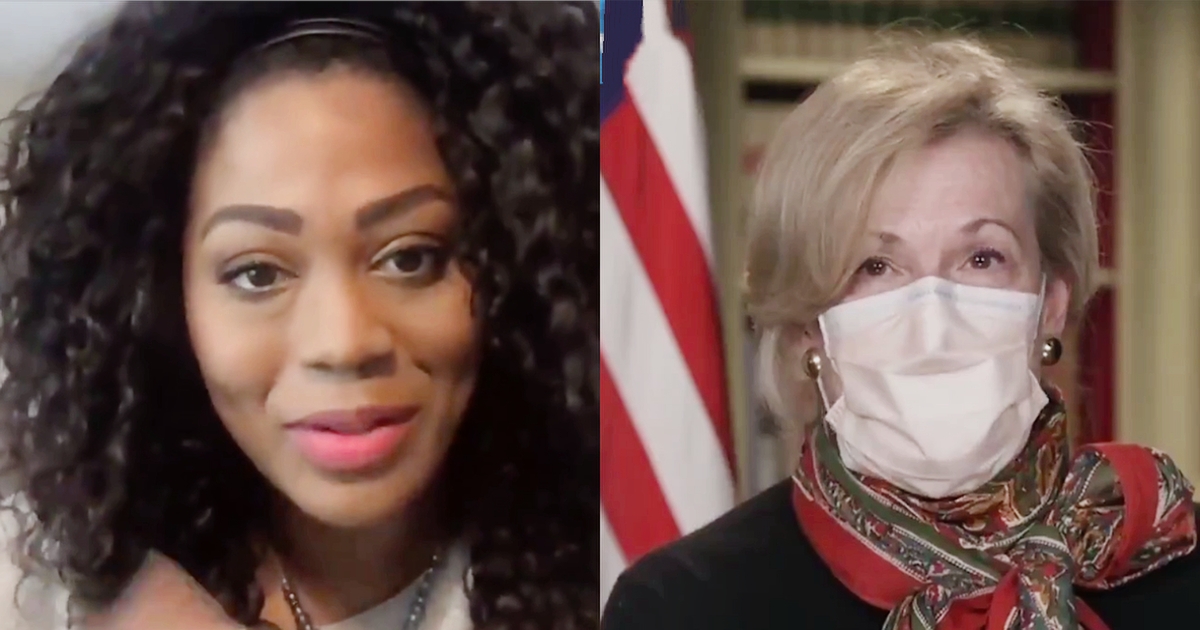 Dr. Deborah Birx revealed in an interview with Newsy that while she intends to assist in the transition to the Biden Administration, she intends to retire shortly after. The reason for her relatively sudden plans to retire? The manner in which her family has been treated over the past week.

Dr. Birx is a well-respected public health official and has been a leading figure on the White House Coronavirus Taskforce since its formation in the early spring of 2020.  She recently received criticism for visiting a second house of hers during Thanksgiving, while numerous government agencies were actively discouraging holiday travel as a means to abate the spread of Covid-19.

This apparent mistreatment was cited by Birx as the reason for wanting to retire, which you can view in a teaser clip tweeted by Newsy host Amber Strong below:

EXCLUSIVE: Dr. Deborah Birx tells @newsy that she is willing to help with the #Biden transition but ultimately plans to retire, citing her family's treatment over the past week. pic.twitter.com/yEPy9s0Tf9

Earlier this week, the Associated Press reported that on the day after Thanksgiving, Dr. Birx traveled to one of her vacation properties on Fenwick Island in Delaware which noted she “was accompanied by three generations of her family from two households. Birx, her husband Paige Reffe, a daughter, son-in-law, and two young grandchildren were present.”

After news broke of Birx holiday travels, she received criticism online and was lumped in with California Governor Gavin Newsom and Austin, Texas Mayor Steve Adler,  both of whom were publically criticized for flouting the very safe behavior they were asking their constituents to follow. Birx explained her holiday behavior in a statement to Fox News:

“Like many Americans, I am the sole caregiver for my parents,” she said in a statement to Fox News. “They live with me in my immediate household in Potomac, where my daughter and her family reside as well. We are all supporting each other and providing for each other during this difficult time.”

She added: “We did not hold the usual Thanksgiving dinner we have every year which includes 30-40 members of my extended family. In fact, I did not hold a Thanksgiving celebration whatsoever this year. My trip to Delaware after the Thanksgiving holiday solely focused on preparing the property for a potential sale. Members of my immediate household assisted in that as well.”

“As some members of my immediate family could be at risk for COVID-19, I am extremely vigilant in taking all precautions to protect them. I self-isolate, I wear a mask, and I get tested when I interact with them. My family and I follow and practice CDC guidelines, and I encourage all Americans, especially those in situations similar to mine, to do the same.”

It is not clear exactly what treatment that her family received, but as Dr. Birx explains in the clip above, like many families in this strange and surreal time, hers is not immune to becoming depressed.