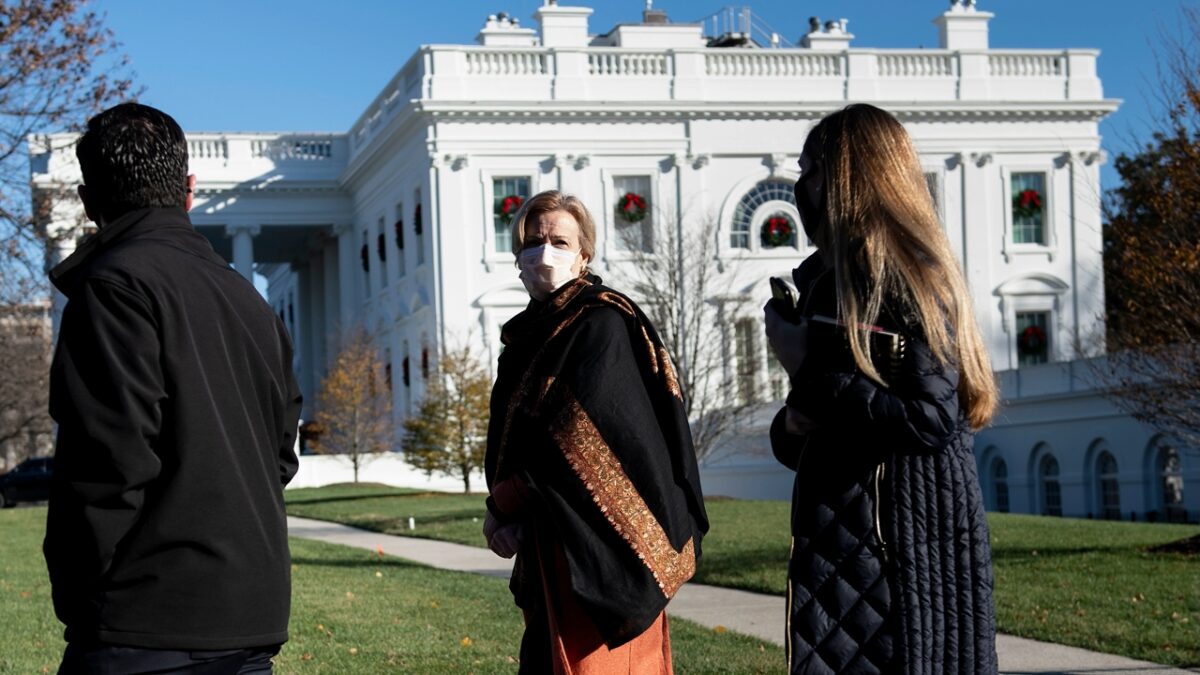 Dr. Birx, last seen not being offered a job in the Biden administration while Dr. Anthony Fauci was being retained, will be taking a senior position with ActivePure. From Reuters:

Dr. Deborah Birx, the former Trump White House Coronavirus Task Force coordinator, is taking a private sector job, joining a Texas manufacturer that says its purifiers clean COVID-19 from the air within minutes and from surfaces within hours.

Birx will join Dallas-based ActivePure as chief scientific and medical adviser, she and the company said on Friday.

Dr. Birx said she understood why she was not asked to stay on:

“The Biden administration wanted a clean slate,” she told Reuters in an interview. “I understand that completely.”

She and Fauci, she said, asked themselves regularly what could have been done differently over the last year.

“All of us are responsible for that.”

Also this week, Dr. Birx became a senior fellow at the George W. Bush Institute, and joined the board of Innoviva. From Innoviva’s March 10 SEC filing:

On March 9, 2021, Innoviva, Inc. (the “Company”) appointed Deborah L. Birx, M.D., to its Board of Directors (the “Board”), where she will serve as an independent director. Dr. Birx is a world renowned medical expert and leader who most recently served as the response coordinator of the White House Coronavirus Task Force. Dr. Birx’s career highlights also include having served as Ambassador-at-Large, when she assumed the role of the Coordinator of the United States Government Activities to Combat HIV/AIDS and U.S. Special Representative for Global Health Diplomacy. Dr. Birx also served as the U.S. Global AIDS Coordinator where she oversaw the President’s Emergency Plan for AIDS Relief (PEPFAR) at the CDC and as the Director of the U.S. Military HIV Research Program (USMHRP) at the Walter Reed Army Institute of Research.

Dr. Birx has published over 230 manuscripts in peer-reviewed journals, authored nearly a dozen chapters in scientific publications, as well as developed and patented vaccines. She received her medical degree from the Hershey School of Medicine, Pennsylvania State University, and beginning in 1980 she trained in internal medicine and basic and clinical immunology at the Walter Reed Army Medical Center and the National Institutes of Health. Dr. Birx is board certified in internal medicine, allergy and immunology, and diagnostic and clinical laboratory immunology.

Dr. Birx served in the United States Army from 1980 until 2008, retiring with the rank of colonel.

There is no arrangement or understanding between Dr. Birx and any other persons, pursuant to which Dr. Birx was selected as a director.

Dr. Birx will serve as a member of the audit committee and the nominating/corporate governance committee of the Board.

Since January 1, 2020 there have not been, nor are there any currently proposed to be, any transactions, in which Innoviva was or is to be a participant and the amount involved exceeds $120,000, and in which Dr. Birx had or will have a direct or indirect material interest.

Dr. Birx is not party to any material plan, contract or arrangement.

Both Birx and Fauci were diplomatic and indirect in their pushback against Trump, but Birx has taken the brunt of criticism for not being more forceful, perhaps due to her involvement in the infamous disinfectant briefing. Dr. Fauci remains a member of President Joe Biden’s COVID-19 team.