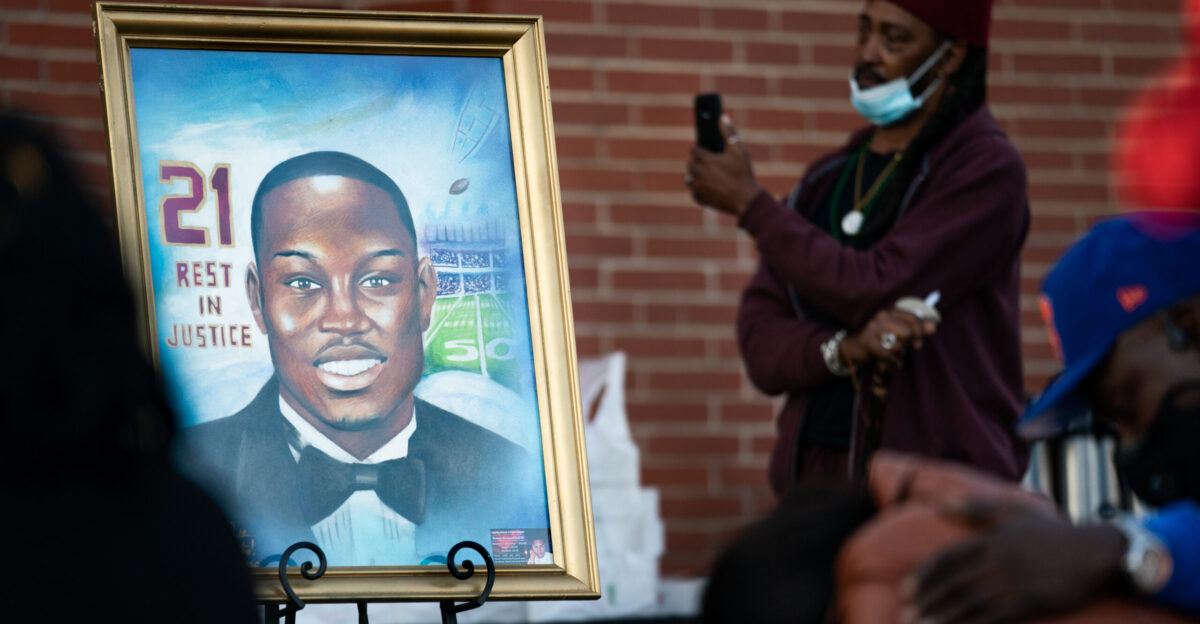 A Georgia law enforcement officer who gloated online about Ahmaud Arbery’s death following last week’s sentencing has been given a termination date.

Last week, Judge Timothy Walmsley sentenced Travis McMichael, his father Gregory McMichael, and William “Roddie” Bryan to life sentences for the February 2020 killing of Arbery. Arbery was out jogging in 2020 when he was shot to death in a Georgia neighborhood after he was accused of being a suspect in a series of burglaries.

Walmsley slammed the McMichaels for their lack of remorse when he handed down sentences of life without parole for the two men.

“There’s been discussion about remorse,” said Walmsley. “Remorse is something that’s felt and demonstrated, in this case, getting back to the video, again, after Ahmaud Arbery fell, the McMichaels turned their backs.”

One law enforcement officer who had been following the case apparently did not feel justice was served, but he did signal an endorsement of the vigilante killing of the 25-year-old.

The Atlanta Journal-Constitution reported when Walmsley handed down the sentences, Houston County, Georgia, Deputy Paul Urhahn reacted to a Facebook post about the sentencing from WGXA in Macon by gloating that Arbery was dead.

Urhahn reportedly commented, “That criminal Arbery still got the death penalty though.”

The comment was deleted, but a screenshot ended up being sent to Houston County Sheriff Cullen Talton, who this week sent Urhahn a letter informing of his coming termination. Hee did offer the deputy a chance to appeal.

Deputy Urhahn, Effective today’s date, January 10, 2022, your employment with the Houston County Sheriff’s Office is hereby suspended without pay pending termination. This decision was reached after reviewing the requesting discipline letter and internal affairs investigation report. I find the following policies under violation: Standard Operating Procedure Section 5 (Conduct): Page 5, (4A)- An Officer roast at at times, on and off duty, conduct him/herself in a manner which does not bring discredit to the department or county. Page 5, (48)- Conduct Unbecoming an Officer shall include that conduct (2) Which has a tendency to destroy public respect for ernployees and confidence in the department. As per the Houston County Sheriffs Office SOP 6-2 (Appeals Process), you have ten (10) days from today’s date to request an appeal of the termination decision. Appeals are to be filed in Sheriff Talton’s Office at 202 Cad Vinson Parkway. If you fail to file said request by 5 P.M. on Thursday January 20, 2022, your termination will be effective that date.

It is not clear if Urhahn intends to file an appeal.

No evidence was ever found that Arbery was involved in any property crimes.