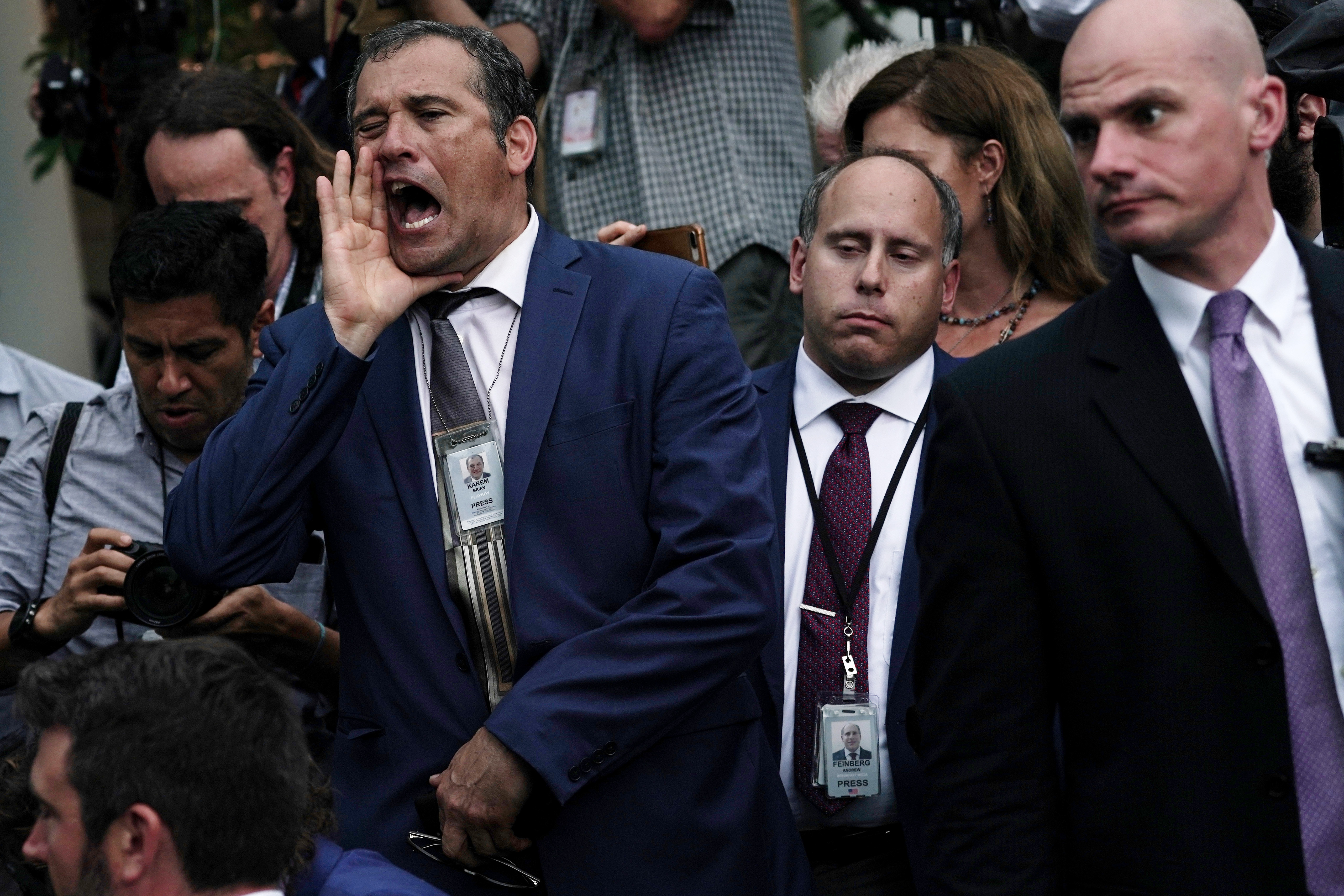 The first exchange was between Karem and Senator Ted Cruz (R-TX) in which Karem asked, “is there any logical reason to not let Bolton testify?”

Cruz ignored the questioning before stepping up to the microphones.

Karem could then be heard interrupting Cruz, in which the senator fired back at, “Let me answer the question without you interrupting me…”

“I get that the press loves to obsess over the latest bombshell,” Cruz stated while continuing to speak to John Bolton’s new book release, “at the end of the day it doesn’t impact the legal issue before this Senate.”

In a follow-up video posted by Karem, other GOP senators, including Senator Mike Braun (R-IN) and Senator John Barrasso (R-WY), could be seen coming to Cruz’s defense against Karem’s strict and direct questioning regarding the impeachment process in the upper chamber and status of calling witnesses.

The back and forth between Karem and Barrasso then deteriorated to the two loudly talking over each.

Karem then asked Barrasso if it is “ok to ask for a favor from Ukraine?”

Karem then got in the last world yelling and asking, “Is it abuse of power to ask for a favor?”

Watch above, via Brian Karem.