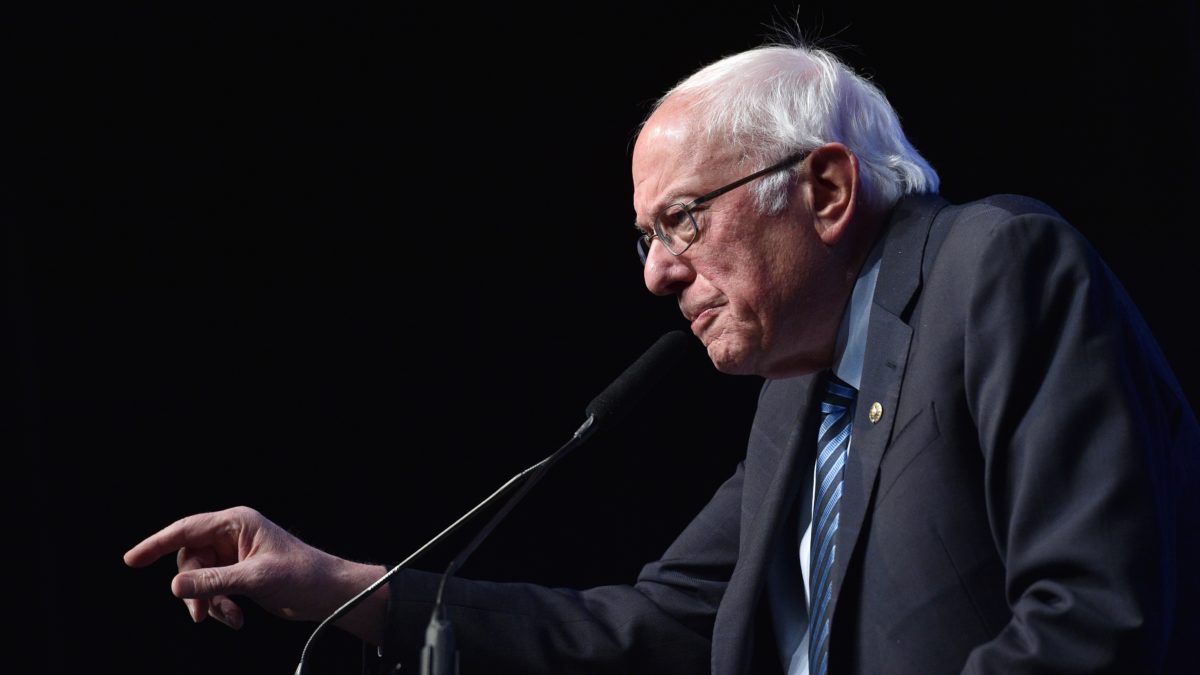 Independent Vermont Senator and Democratic presidential candidate Bernie Sanders found a novel way to promote his health care plan by denouncing the practice of human beings consuming fish antibiotics, which is apparently a thing that people do.

On Thursday morning, Sanders sent a whale of a viral tweet when he posted a Newsweek article about humans buying fish antibiotics online for their own consumption, along with a message about healthcare.

“Are you ready for a really, really radical idea?” Sanders wrote, and added People in the richest country on Earth shouldn’t have to take fish antibiotics to save money. Medicare for All now.”

Are you ready for a really, really radical idea?

People in the richest country on Earth shouldn’t have to take fish antibiotics to save money.

Medicare for All now. https://t.co/e6O2UKaXkp

Even if you don’t support Medicare for All, and aren’t in the tank for Bernie Sanders, you have to admit that is one hell of a viral tweet. Sanders’ point is that health care reform would make prescription drugs more affordable, presumably eliminating the need for humans to cut costs by taking fish medicine. Every Democratic candidate has proposed reforms that would accomplish that. But Sanders’ tweet makes the point in a clever way that dares you not to click, almost like some sort of bait.

Sanders did, however, bury the lede to a certain degree. The first thing people should know is that they shouldn’t be taking fish antibiotics because it’s medically ill-advised and even potentially dangerous. As the article points out, animal antibiotics aren’t always effective, and self-treatment of this sort can lead to antibiotic resistance and misdiagnosis, among other things.

And while headlines about the study quoted focus on cost as the reason for this trend, that’s something of a red herring. According to the researchers, this was just one of several reasons given for the pescatarian practice:

Asked why people might buy drugs marketed for fish, [Associate professor at the University of South Carolina College of Pharmacy and study co-author P. Brandon] Bookstaver said: “The convenience of online purchasing and in-home delivery is likely a contributor. The patient does not have to leave the home to receive treatment. Avoiding a visit to a physician’s office and the pharmacy may not only be perceived as inconvenient but also a financial burden to the patient.

“For certain infections such as sexually transmitted infections, there may be hesitancy to seek medical care due to embarrassment,” he suggested.

One 2012 National Institutes of Health study found that about a third of people who purchased drugs online without a prescription did so to avoid the expense of a doctor’s visit, but that study used a pain medication as its baseline. Studies related specifically to the misuse of antibiotics consistently find that access to appropriate health care is the solution to the problem.

Bernie SandersMedicare for All
Tips