Illinois Governor Blasts Trump for ‘Fomenting Protests’: Some People May Die Because of These Mass Demonstrations 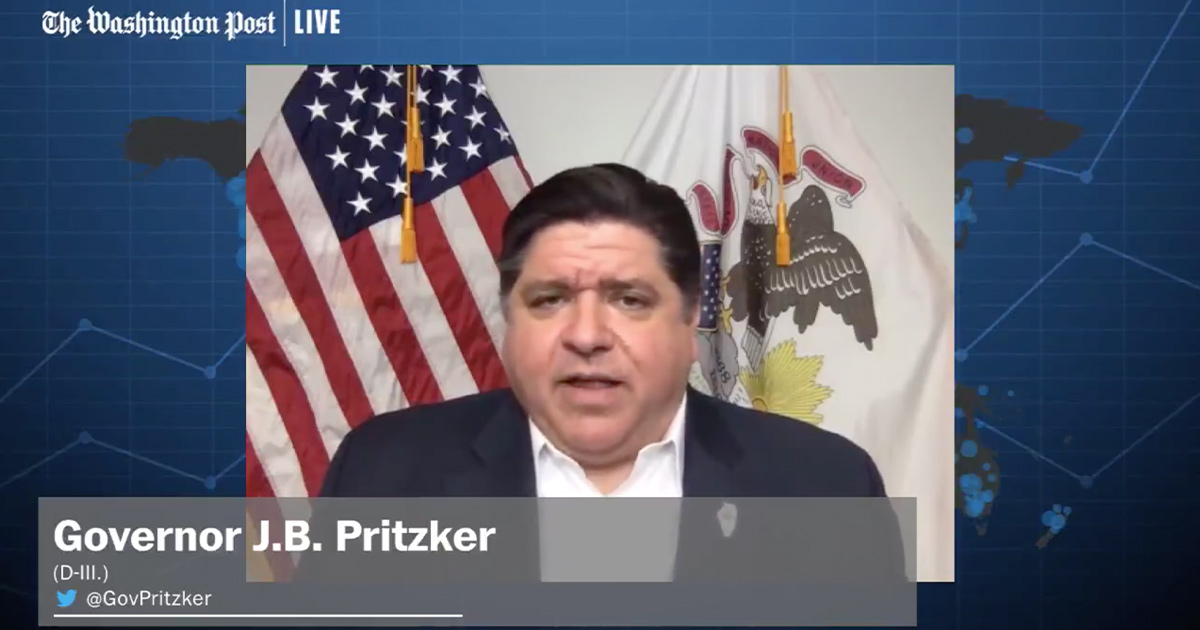 Illinois @GovPritzker said he's disappointed in the rhetoric and messaging coming from President Trump. "He's fomenting protests and that is fomenting some violence." pic.twitter.com/D9o7llU4rs

The governor also expressed concern about the president’s recent tweets “fomenting protests” in some states where people are gathering for small demonstrations calling for places to be reopened.

Pritzker said the goal should be prioritizing safety and health, but “that doesn’t seem to be the message coming from the president” with his “LIBERATE” tweets.

“I know what he’s trying to do, it’s a political maneuver in the middle of a national emergency, and he should stop it. What could it mean? It could mean terrible things. You could end up with violence,” he continued.

Pritzker added that he’s seen in other states “large crowds where they’re frankly going to be giving each other coronavirus and people unfortunately will get sick and some people may die as a result of the president’s rhetoric that has brought them out to protest.”