Joe Rogan Hits Back at ‘Misinformation’ Critics in Instagram Video: ‘Do I Get Things Wrong? Absolutely’ 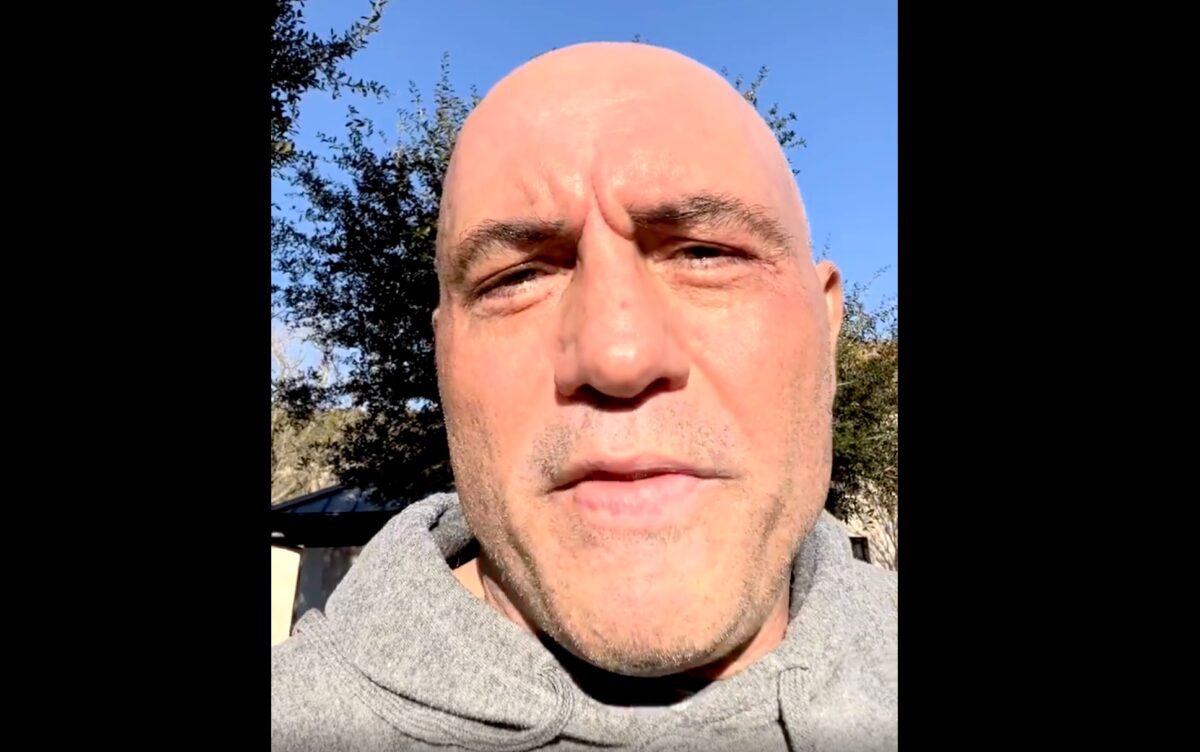 Joe Rogan addressed the recent controversies surrounding his podcast in a nearly 10-minute video following news that Spotify will be adding a disclaimer before his podcast.

Spotify made this decision, which Rogan agrees with, following news that artist Neil Young had removed his music from the streaming platform in protest of what he felt was Rogan’s dangerous misinformation about the Covid-19 vaccination. Artists Joni Mitchell and Nils Lofgren have also threatened to do the same.”

Rogan opened by explaining the reason for his Instagram video “because there’s a lot of people that have a distorted perception of what I do maybe based on sound bites or based on headlines of articles that are disparaging.”

Rogan then noted how shifting perceptions of accepted science have made things challenging in discussing Covid-19.

“The problem that I have with misinformation, especially today, is that many of the things that we thought of as misinformation just a short while ago are now excepted as fact,” Rogan defended himself.

“Like for instance, eight months ago if you said ‘if you get vaccinated, you could still catch Covid, and you could still spread Covid,'” he added. “You would be removed from social media.”

What Rogan is overlooking in this assessment, however, is that eight months ago the Covid-19 vaccine had only been widely distributed for a few months, and more importantly, the Delta and Omicron variants had not yet been introduced into the dynamic. Science is about looking at the best set of data available, and as we have gathered more data, of course, the understanding of both the virus and vaccines will evolve also.

Rogan opened by discussing two of the more controversial guests he’s had on the show who are vaccine skeptics, Dr. Robert Malone and Dr. Peter McCullough who he called “very highly credentialed, very intelligent, very accomplished.”

Because these two doctors hold opinions “that differ from the mainstream narrative. I wanted to hear what their opinion is. I had them on and because of that, those episodes were labeled as dangerous,” Rogan explained. He further went on to explain, which was neatly summed up in The Hollywood Reporter. Kimberly Nordyke writes:

Rogan attributed the controversy to two episodes in particular that featured interviews with known vaccine skeptics Dr. Robert Malone and Dr. Peter McCullough, who promoted controversial theories. Rogan said he wanted to talk to those two men — whom he called “very highly credentialed, very intelligent, very accomplished” — because they have opinions “that differ from the mainstream narrative”…

But he added that he has a problem with the term “misinformation” because “many of the things we thought of as mission a short while ago is now thought of as fact,” including some that are not being promoted by the mainstream media, including the effectiveness of vaccines against contracting the virus and the effective of cloth masks.

“If there’s anything that I’ve done that I could do better, it’s having more experts with differing opinions right after I have the controversial ones,” Rogan said. “I would most certainly be open to doing that. And I would like to talk to some people who have differing opinions on the podcasts in the future. I do all the scheduling myself and I don’t always get it right.”

Perhaps explaining the authenticity that has made his podcast so popular, Rogan admitted that he approaches conversations with little preparation. “I have no idea what we’re talking about,” he said, adding “do I get things wrong? Absolutely.” He did promise to take a more responsible or balanced approach moving forward.

Rogan said he totally agreed with Spotify’s decision to add a disclaimer and made clear he was a huge fan of Neil Young’s music, had no ill will towards him or Joni Mitchell, whose music he said he loves. He did embarrass himself slightly when he revealed that he thought Chuck E’s in Love “was a great song,” (which it is) unaware that is a Ricki Lee Jones song and not a Joni Mitchell tune. Talk about misinformation. He later edited the post to acknowledge the error.

You can watch the entirety of the video below.