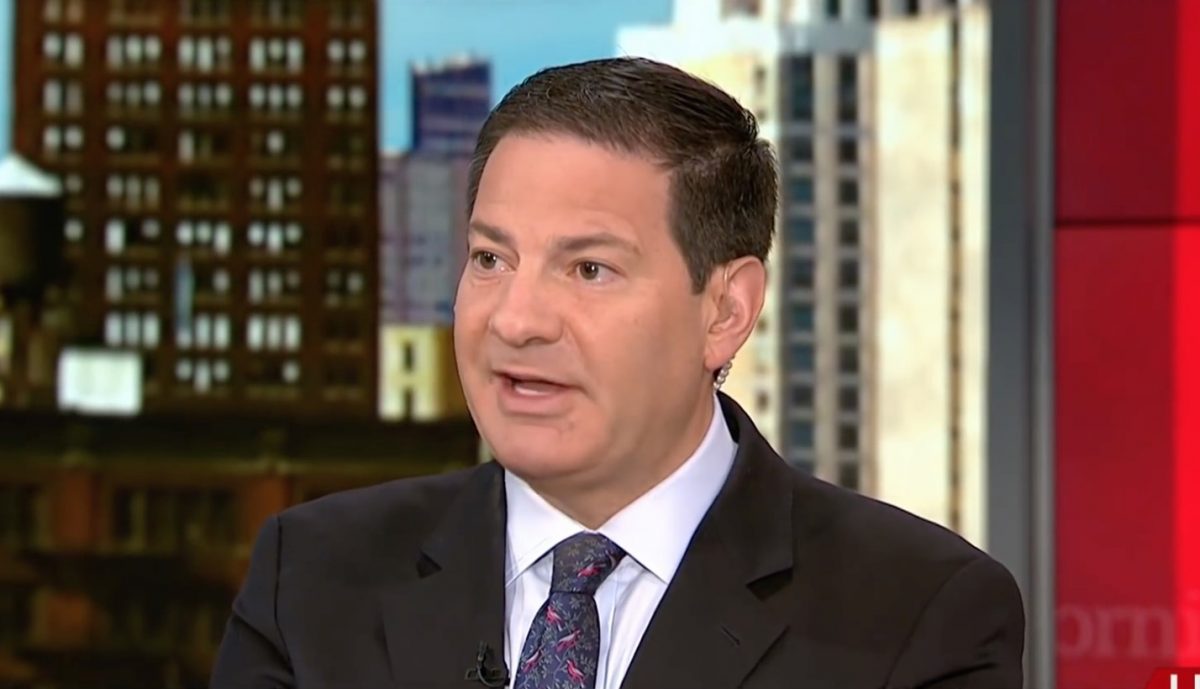 You may remember Mark Halperin was dumped by Showtime and NBC after multiple sexual harassment allegations against him came out. Media observers have noticed that Halperin has been attempting a comeback of sorts, and now he has his first major project lined up since those allegations.

Halperin has signed a book deal, Politico Playbook reports, and apparently spoke to over 75 Democratic strategists for his book How to Beat Trump: America’s Top Political Strategists on What It Will Take. (Your mileage may vary on how much you trust the strategic advice of people who didn’t foresee the bad optics of doing these interviews.)

Publisher Judith Regan said in a statement, “I do not in any way, shape, or form condone any harm done by one human being to another. I have also lived long enough to believe in the power of forgiveness, second chances, and offering a human being a path to redemption. HOW TO BEAT TRUMP is an important, thoughtful book, and I hope everyone has a chance to read it.”

A sizable chunk of Media Twitter reacted with varying degrees of stunned and critical reactions, and calling out the Democratic strategists he talked to for participating:

Glad everyone here felt cool sitting down with someone who repeatedly harassed young, female journalists. Well done, all. https://t.co/DSsEXbl6ij

"Three of the women who spoke to CNN described Halperin as, without consent, pressing an erection against their bodies while he was clothed." https://t.co/nZgT6VCTQO https://t.co/UnIg8pftGU

Something that happens sometimes is a very skilled, talented person is also caught up in some serious wrongdoing.

“The new accusations from the four women include that Halperin masturbated in front of an ABC News employee in his office and that he violently threw another woman against a restaurant window“ https://t.co/Kaie9uZzmJ https://t.co/eNY2AgDCaw

not only is mark halperin back, but he's back with perhaps the least essential book of the trump era, congrats to everyone involved

Halperin was accused of a range of abusive actions against co-workers including: "propositioning them for sex to kissing to grabbing one’s breasts against her will." And now the big book deal. #MeToo needs to go much further. https://t.co/NTTAugdLrJ

even outside the very serious allegations against Halperin, the brand of political reporting where you take the words of DC consultants as unimpeachable gospel has never been more out of touch https://t.co/1ZlJbJ4Pkg

There are hundred, maybe thousands of smart journalists to give book deals to. Why do people keep trying to bring Halperin back? https://t.co/4qufVEJ9Kr

What drunk, coked-out baboon with a head injury agreed to publish this idiocy? pic.twitter.com/sBJLeGBipe

Amongst many other fucked up things, Mark Halperin once put his dick on a woman’s shoulder. https://t.co/KXkMsej6z2

Can’t imagine why anyone would think the democratic establishment has an outrageously high tolerance for elite wrongdoing https://t.co/70b6L0T3cU

Mark Halperin will have a new book published just about two years after this published. https://t.co/yViWqpYJzE

2. Perhaps the Democratic strategists who felt it was a good idea to speak to Mark Halperin want to hire him as a consultant. Her certainly does not deserve a media platform.

What a disgraceful situation

sure, Mark Halperin stands accused of sexually assaulting several female colleagues, but he's writing about how to "get" Trump. So, here's a new book deal and some hot quote collaboration from 75 Democratic strategists. https://t.co/NtmIINg7cH