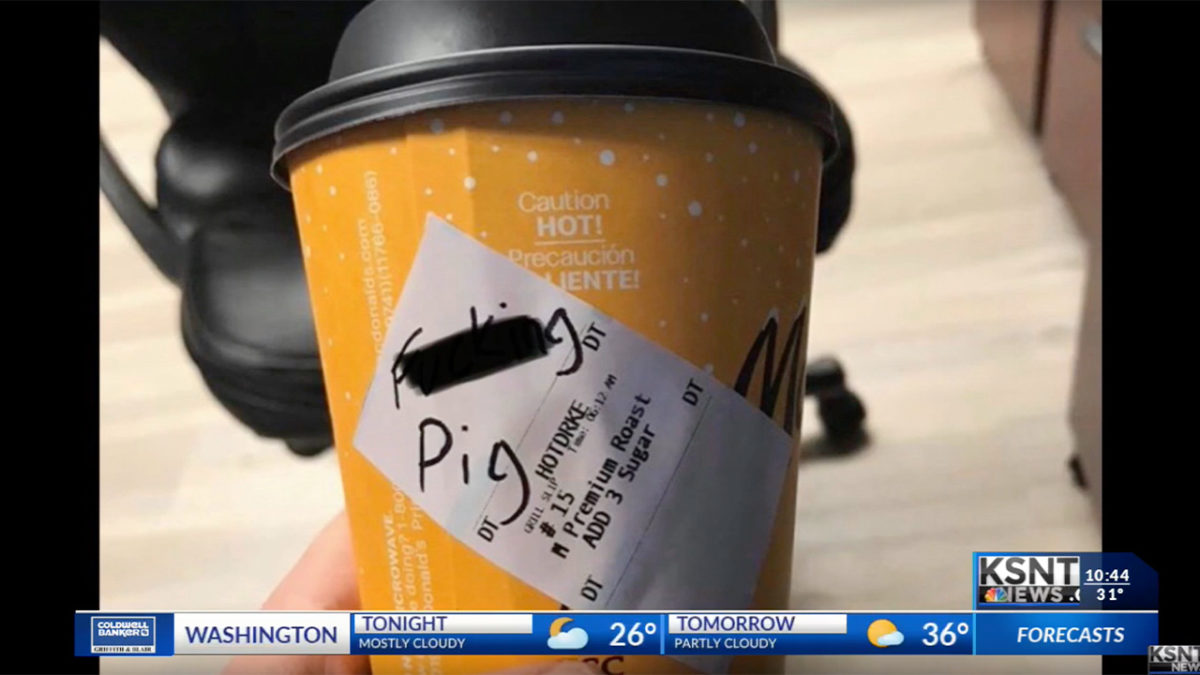 An incident involving a Herington, Kansas officer at a McDonald’s was apparently fabricated, the police chief said earlier tonight.

Over the weekend, per the Wichita Eagle, Chief Brian Hornaday posted on Facebook that an employee at a McDonald’s wrote “fucking pig” on a cup that one of his officers received.

The McDonald’s looked at surveillance video and the owner said, “My McDonald’s have the utmost respect for all members of law enforcement and the military and were troubled by the accusation made. We thoroughly reviewed our security video from every angle, which clearly shows the words were not written by one of our employees. We look forward to working with Chief Hornaday as he continues his investigation.”

Tonight Hornaday said at a press conference (video above) that after investigating, they concluded no McDonald’s employees were involved and that the whole thing was “completely and solely fabricated by a Herington police officer who is no longer employed with our agency.”

He said this is a clear violation of the public trust and, when asked why the officer made this up, Hornaday said it was apparently “meant to be a joke.”

“This is absolutely a black eye on law enforcement,” he added.