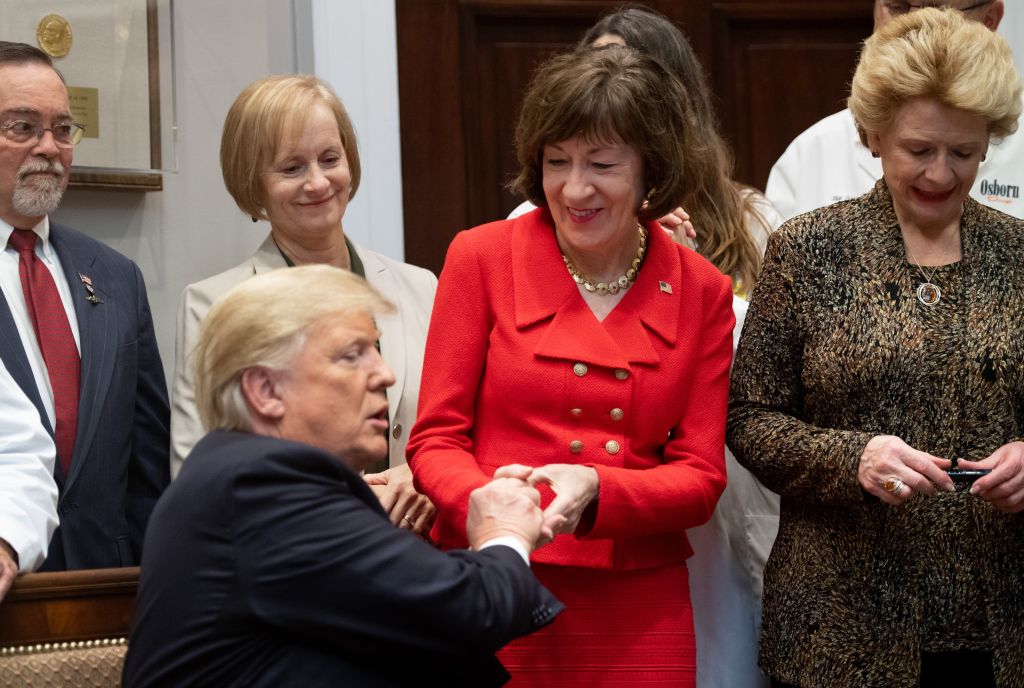 President Donald Trump flatly rejected Sen. Susan Collins’ prediction that he will have learned a “pretty big lesson” from his impeachment over Ukraine and that he’ll be “much more cautious” about mixing personal political fortunes and US foreign policy in the future.

According to details of an off-the-record meeting between the president and TV anchors reported by the Washington Post, Trump dismissed the idea that he had anything to learn from his impeachment and Senate trial for abuse of power and obstruction of Congress charges.

Earlier on Tuesday, Collins told CBS Evening News anchor Norah O’Donnell that “I believe the president has learned from this case. The president has been impeached, that’s a pretty big lesson.” She went on to note there has been bipartisan criticism of his infamous phone call with Ukrainian President Volodymyr Zelensky, in which he directly asked the foreign leader to “do us a favor, though” and investigate Democratic activity in Ukraine.

CBS NEWS EXCLUSIVE: Sen. Susan Collins (R-ME) tells @NorahODonnell she will vote to acquit Pres. Trump in the Senate impeachment trial, adding that she believes “the president has learned from this case.”

Contrary to Collins’ claims on presidential contrition, however, Trump has repeatedly dismissed the impeachment as nothing more than a “hoax” and a “scam,” and characterized the July 28 call with Zelensky as “perfect.”

When journalists brought up Collins’ comments to Trump at the private luncheon on Tuesday, just hours before his State of the Union address, he promptly shot them down and insisted he had done nothing wrong.

“When he was asked about Sen. Susan Collins (R-Maine) saying he had learned a lesson during impeachment, the president said he’d done nothing wrong: ‘It was a perfect call.'” the Post reported.