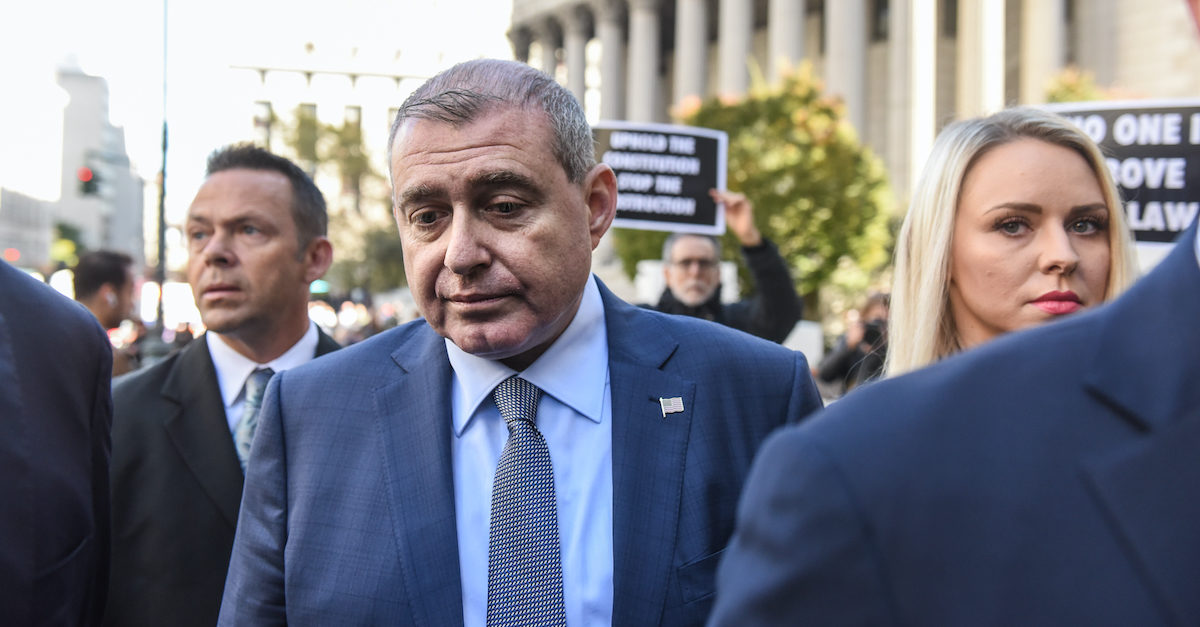 A new report from CNN on the Ukraine saga includes some odd details concerning Lev Parnas, one of the two Rudy Giuliani associates arrested on campaign finance charges.

Apparently, per CNN, Parnas and Igor Fruman were at the White House Hanukkah party last year and got a picture with POTUS, Vice President Mike Pence, and Giuliani. At one point, Parnas and Fruman reportedly had a meeting with Giuliani and POTUS.

And after that meeting, Parnas — according to people who spoke with him — talked about being on a mission for the president:

According to those two confidants, Parnas said that “the big guy,” as he sometimes referred to the President in conversation, talked about tasking him and Fruman with what Parnas described as “a secret mission” to pressure the Ukrainian government to investigate Joe Biden and his son Hunter…

In the days immediately following the meeting, Parnas insinuated to the two people he confided in that he clearly believed he’d been given a special assignment by the President; like some sort of “James Bond mission,” according to one of the people.

To Parnas, the chain of command was clear: Giuliani would issue the President’s directives while Parnas, who speaks fluent Russian, would be an on-the-ground investigator alongside Fruman, who has numerous business contacts in Ukraine.

A few days ago, the New York Times reported that Parnas’ lawyer said that he had told a representative of the incoming presidential team “that it had to announce an investigation into Mr. Trump’s political rival, Joseph R. Biden Jr., and his son, or else Vice President Mike Pence would not attend the swearing-in of the new president, and the United States would freeze aid.”

Giuliani’s lawyer put out a statement firing back at this CNN report tonight, saying in part that Parnas is “no Sean Connery“:

Giuliani, through his lawyer, Robert Costello, denies that any private meeting took place that night at the White House, saying it was a mere handshake and photo opportunity. Costello also rejects Parnas’ claims of being put on a “James Bond” style mission, saying that Parnas is “no Sean Connery,” and that he suffers from “delusions of grandeur.”