Liz Cheney Decries ‘Trump Cult of Personality’ in Washington Post Op-Ed: ‘The Republican Party Is at a Turning Point’ 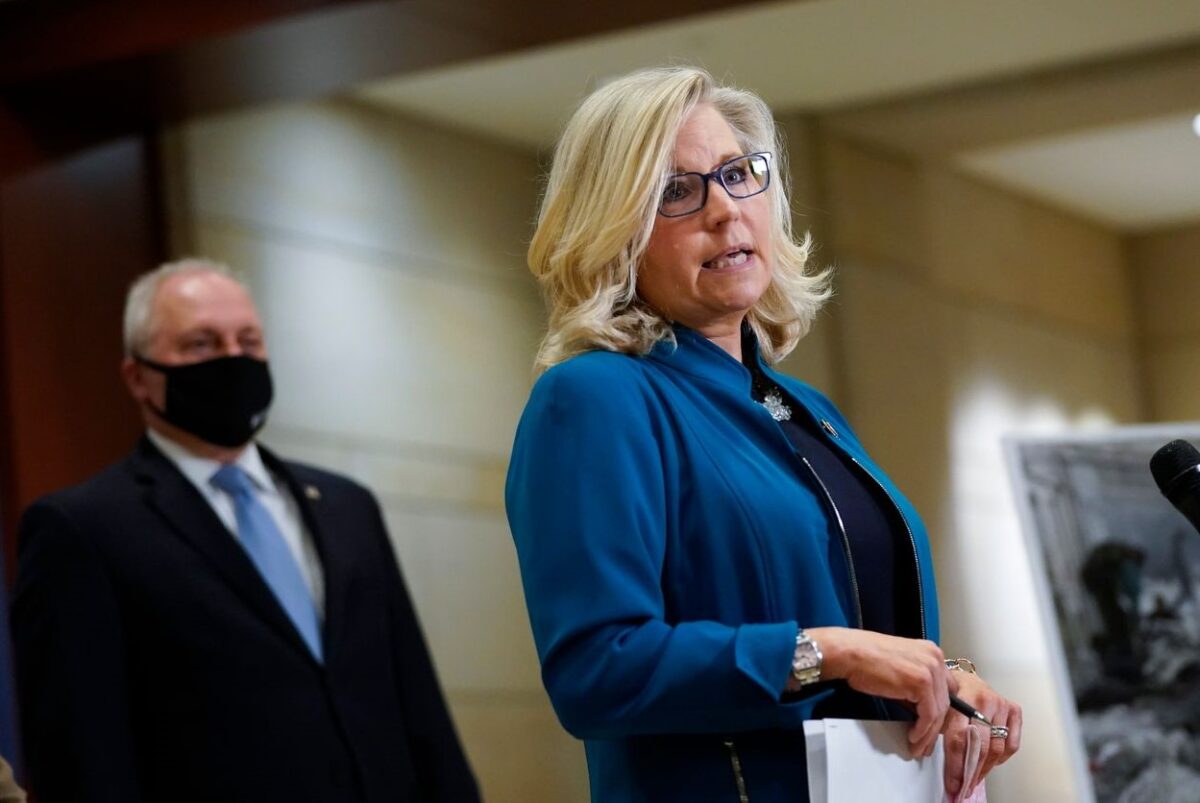 Wyoming Rep. Liz Cheney (R) defended herself in a Wednesday op-ed and doubled down on her aggressive criticism of former President Donald Trump, saying he threatened to do “long-term damage” to the country.

“The Republican Party is at a turning point, and Republicans must decide whether we are going to choose truth and fidelity to the Constitution,” Cheney wrote in the op-ed, published in The Washington Post on Wednesday evening. Saying she considered herself a “conservative Republican,” Cheney argued, “the most conservative of conservative values is reverence for the rule of law.”

“The question before us now is whether we will join Trump’s crusade to delegitimize and undo the legal outcome of the 2020 election, with all the consequences that might have,” she added. “While embracing or ignoring Trump’s statements might seem attractive to some for fundraising and political purposes, that approach will do profound long-term damage to our party and our country. Trump has never expressed remorse or regret for the attack of Jan. 6 and now suggests that our elections, and our legal and constitutional system, cannot be trusted to do the will of the people.”

Cheney, the House GOP’s third-ranking Republican, is facing a vote that’s expected to jettison her from leadership within the next week. House Minority Leader Kevin McCarthy (R-NY) was captured on a hot mic this week saying he had “lost confidence” in Cheney, while Trump and House Republican Whip Steve Scalise (LA) outright endorsed Rep. Elise Stefanik (R-NY) this week to replace Cheney.

Undeterred, Cheney suggested in her op-ed that she had few regrets, and told readers it was urgent for them to stand athwart the retired president.

“History is watching,” Cheney wrote. “Our children are watching. We must be brave enough to defend the basic principles that underpin and protect our freedom and our democratic process. I am committed to doing that, no matter what the short-term political consequences might be.