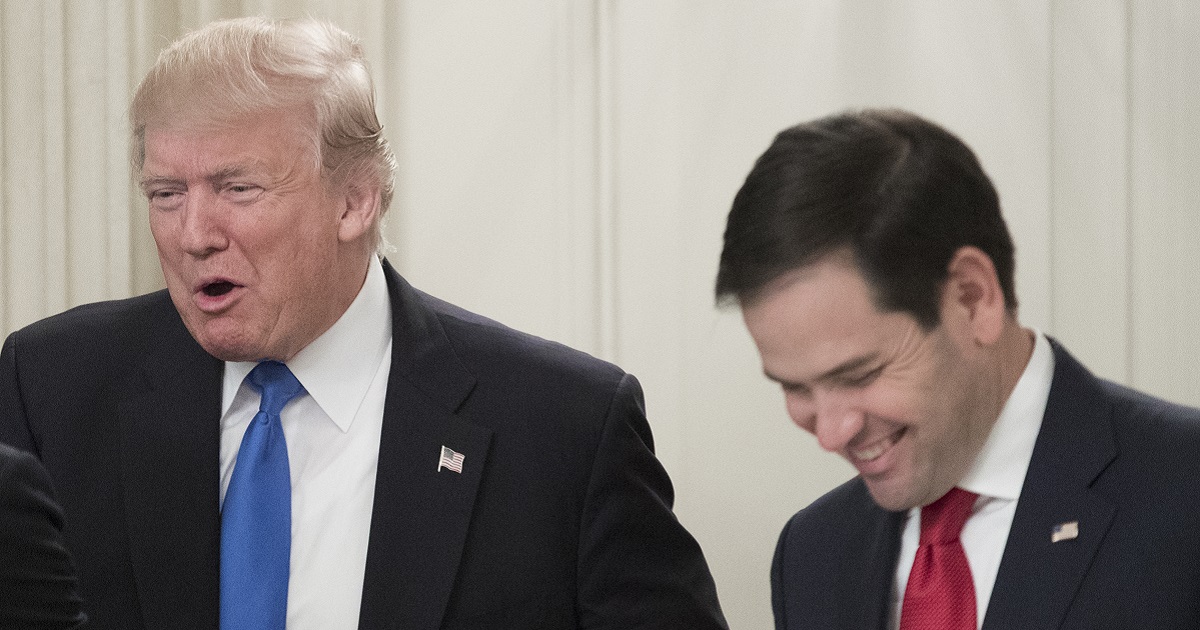 Florida Senator Marco Rubio contradicted President Donald Trump on the issue of mail-in voting, and he did so in a particularly interesting forum: a Trump campaign conference call with reporters.

Trump has conducted an ever-escalating campaign against mail-in voting, suggesting earlier this week that Election Day be postponed over his baseless concerns and predicting “the greatest election disaster in history” on Friday.

But on a campaign call Saturday morning, Rubio was asked about mail-in voting in his own state, and according to CBS News’ Nicole Sganga
— one of the reporters on the call — replied “No, I’m not concerned about mail in voting in Florida.”

Trump’s campaign to cast doubt on mail-in voting — despite the fact that he has voted by mail frequently and even did it on video once — is running into lots of trouble. When he suggested delaying the election, he was roundly criticized by every corner of politic and media, and later appeared to back off the suggestion — for now — by claiming he was simply trying to draw attention to his critiques of mail-in voting, which are false.

If the narrative can’t even survive a Trump campaign conference call — even if it does end up being Rubio’s last — that doesn’t portend well for it.