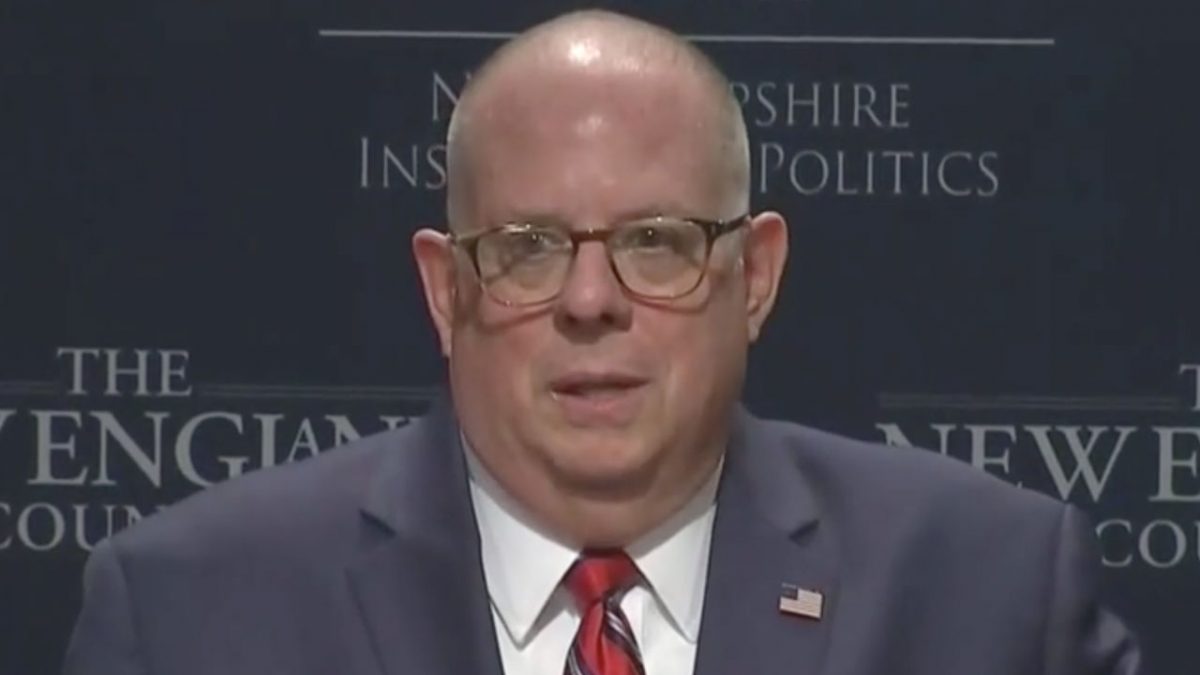 In an interview on WBAL, Hogan said, “The comments are just outrageous and inappropriate.”

Hogan —— who very briefly entertained the idea of running against Trump in the primary before deciding against it —— referenced a recent speech he gave about this very divisiveness, “and then 14 hours later we get this tweet that sets off another firestorm of angry tweets back and forth.”

“Enough is enough. People are just completely fed up with this kind of nonsense,” he added. Hogan talked about the problems facing Baltimore and said, “We’re arguing and tweeting back and forth, but why aren’t we focused on some of these problems.”

You can listen to his full comments here, via WBAL.