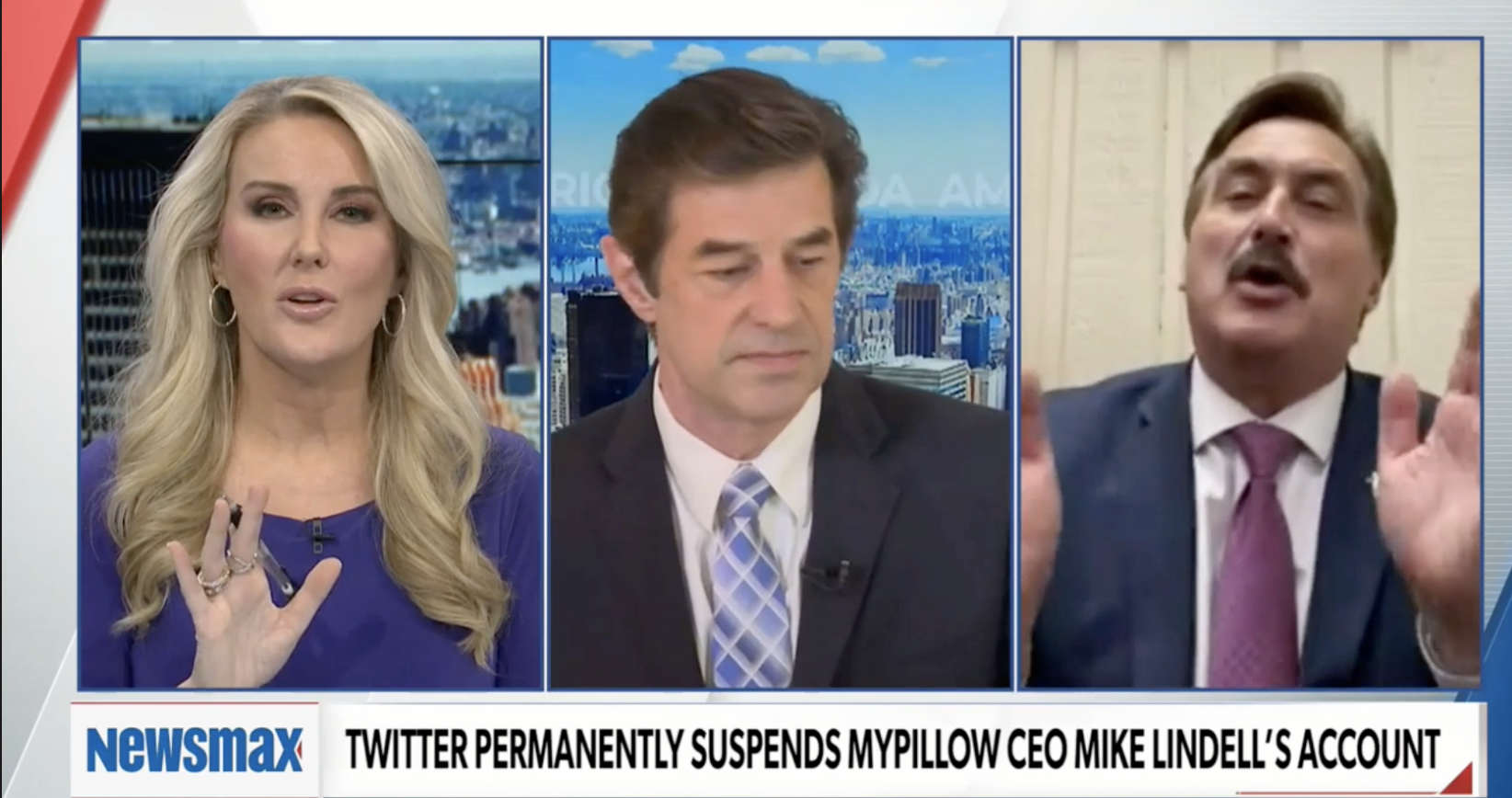 After a fiery exchange between MyPillow CEO Mike Lindell and a Newsmax TV host Bob Sellers, in which Sellers frantically tried to stop Lindell from peddling election conspiracies before fleeing his anchor chair in frustration, prompted outrage from far-right media accusing the network of censorship.

Sellers objected to Lindell’s effort to push a debunked theory about Dominion Voting Systems, which forced Newsmax, through legal threats, to air a stunning and extensive fact-check of its own coverage in December.

As for The Gateway Pundit, their article was headlined, “WATCH: Newsmax Host Has Mike Lindell on to Talk About Tech Censorship — Ends Up Censoring Him As Well — Then Storms Out of Studio.”

Right-wing radio host Wayne Dupree added on Twitter that Newsmax was committing “suicide” and should be “ashamed.”

This is cable news suicide by Newsmax…they should be ashamed of themselves
https://t.co/CE5JWdFtNM

“How is Newsmax going to ask Mike Lindell to come on to talk about censorship, only to censor him live on air? News max= bargain Fox News 2.0,” Loomer wrote on Telegram.

Newsmax TV viewers expressed outrage online following the incident, with many calling on Sellers to be fired.

“Bob Sellers should be fired for what he to Mike earlier today. If he doesn’t apologize, I will quit watching Newsmax,” one Twitter user wrote, receiving nearly 100 likes.

Other Newsmax viewers said they don’t plan to watch Newsmax anymore or will be boycotting the network: 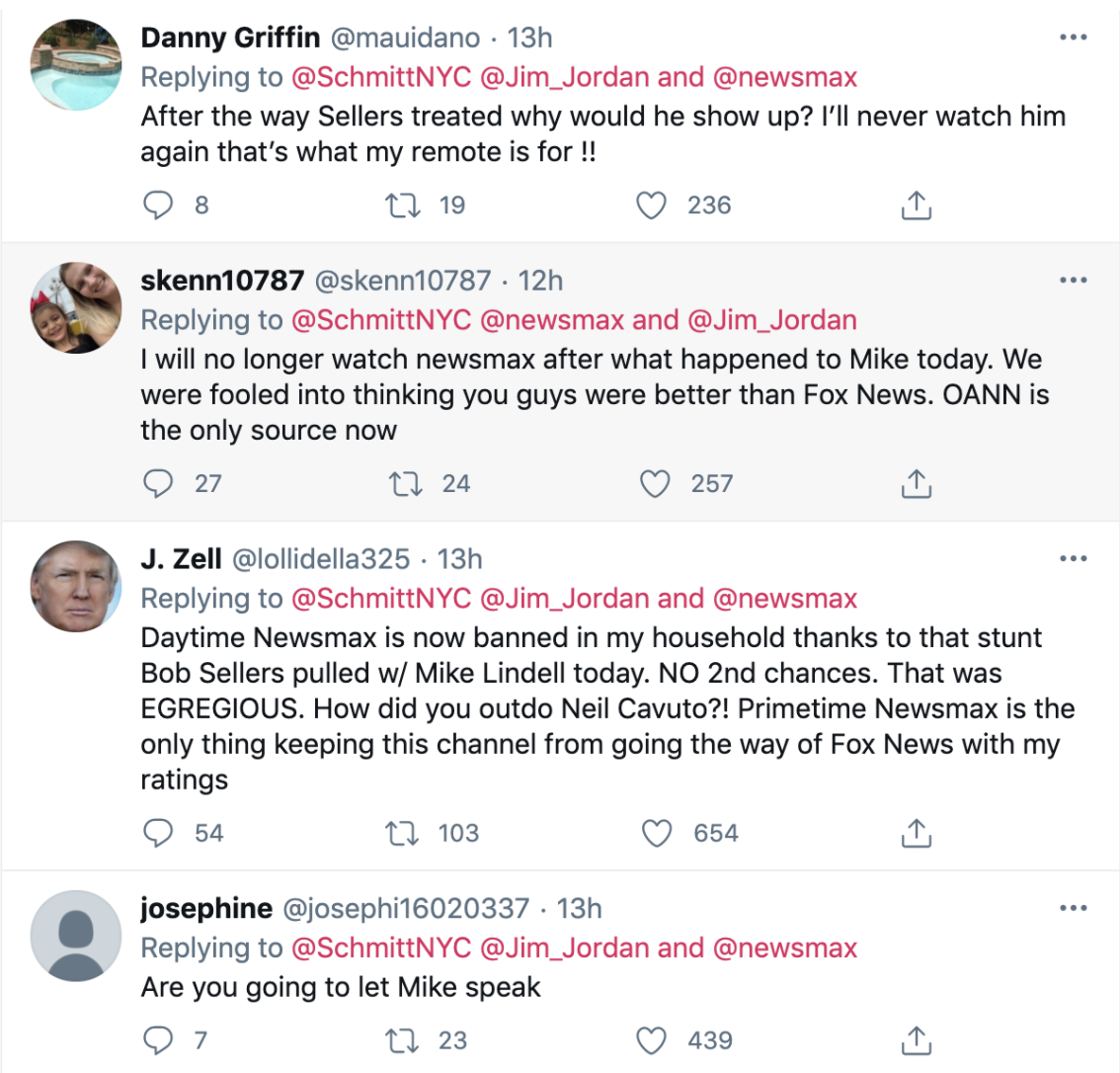 The growing tension between far right voices and Newsmax highlights the continued pressure for pro-Trump outlets to satisfy the beliefs of the base without running into legal trouble with baseless conspiracies.

“OANN is the only source now,” one Twitter user wrote, saying that One America News, an even more pro-Trump alternative to Newsmax and Fox News, is the only network they will watch.