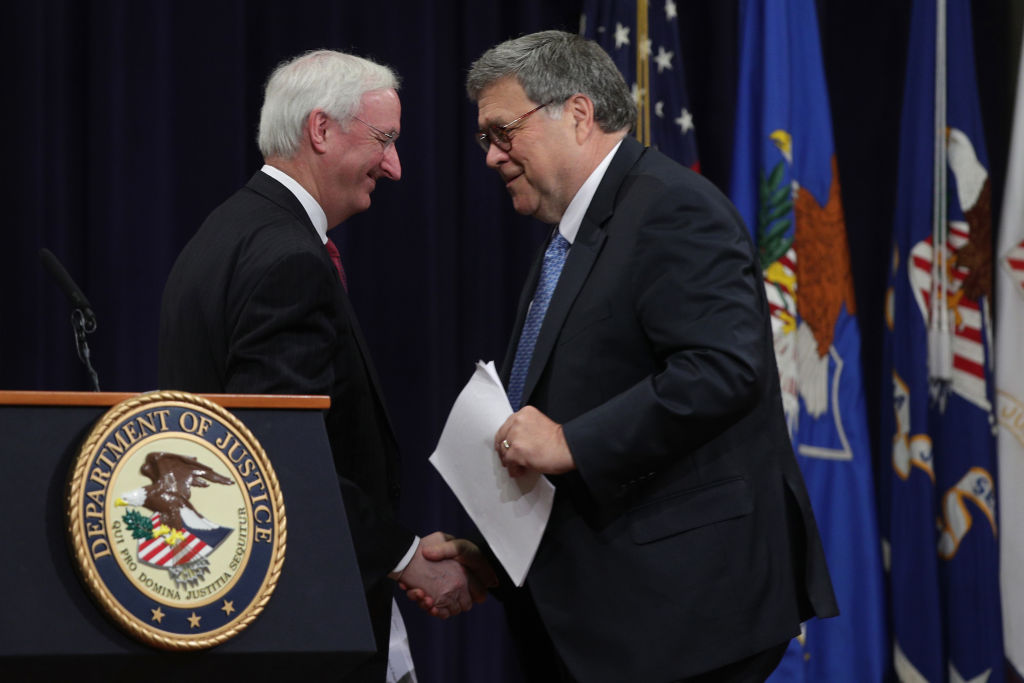 According to a new bombshell New York Times report, Trump was plotting an 11th-hour sacking of Rosen in the final weeks of his administration so he could install a conspiracy theory-friendly DOJ deputy who was willing to put the agency’s imprimatur on the president’s bid to delegitimize the vote.

The unassuming lawyer who worked on the plan, Jeffrey Clark, had been devising ways to cast doubt on the election results and to bolster Mr. Trump’s continuing legal battles and the pressure on Georgia politicians. Because Mr. Rosen had refused the president’s entreaties to carry out those plans, Mr. Trump was about to decide whether to fire Mr. Rosen and replace him with Mr. Clark.

Top DOJ officials, alarmed by Trump’s naked attempt at wielding the Justice Department as an adjunct to his campaign legal team, ultimately bound themselves to a mass resignation pact, if Trump pushed Rosen out. Word of a possible large-scale protest walk-out by the DOJ leadership dissuaded Trump from following through, but not before numerous other attempts at manipulating the agency to do his political bidding, which included pushing Rosen to appoint a special counsel to investigate the completely false claims about Dominion election machines switching votes.

This pressure began the day after Barr resigned, the Times reports. On December 15th, Trump summoned Rosen to the White House and wasted no time in pushing him to have the DOJ sign onto his legal team’s baseless claims.

Mr. Rosen refused. He maintained that he would make decisions based on the facts and the law, and he reiterated what Mr. Barr had privately told Mr. Trump: The department had investigated voting irregularities and found no evidence of widespread fraud.

But Mr. Trump continued to press Mr. Rosen after the meeting — in phone calls and in person. He repeatedly said that he did not understand why the Justice Department had not found evidence that supported conspiracy theories about the election that some of his personal lawyers had espoused. He declared that the department was not fighting hard enough for him.

Trump also targeted the U.S. Attorney covering Atlanta, Georgia, Byung Pak, for his failure to support his campaign’s attempts to dismiss or de-certify that state’s vote count. Pak finally resigned in January after the looming pressure to back Trump continued.

Only after a final, tense showdown on the weekend after New Year’s Day, in which DOJ officials again rebuffed the president and threatened to resign en masse, did Trump relent on his drive to use the Justice Department to somehow overturn the 2020 election.