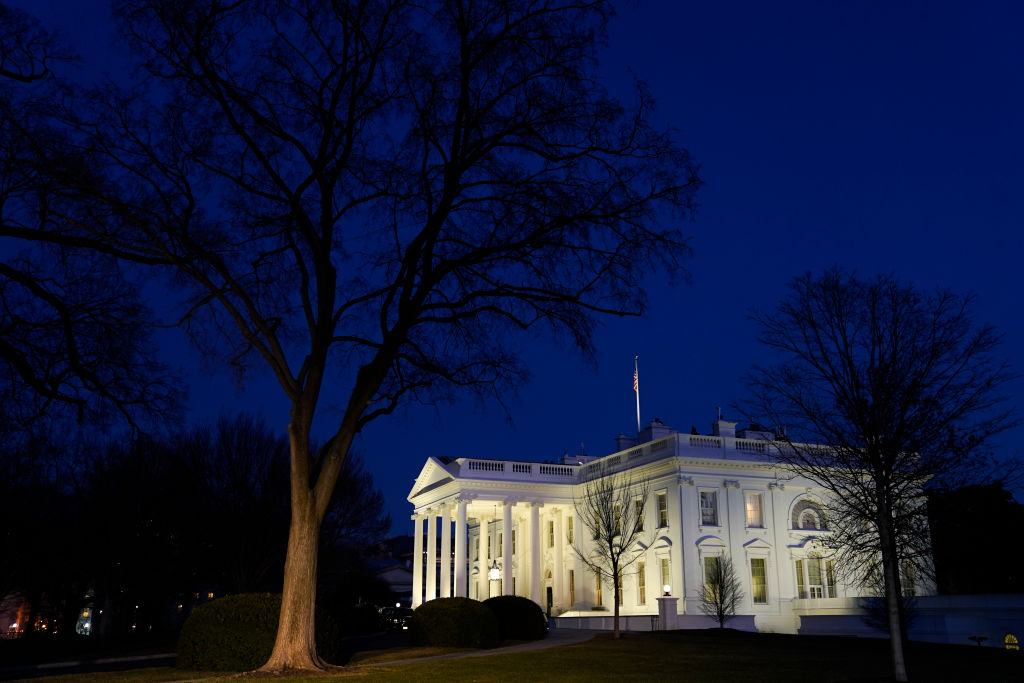 Two days before Donald Trump’s term expires, his administration released a report on the nation’s history by its 1776 Commission — and it was quickly condemned by historians and others online for attempting to whitewash the country’s history of slavery and institutional racism.

The commission was announced by Trump on Constitution Day four months ago, in a highly partisan proclamation that went to great lengths to attack “cancel culture” and “mobs” tearing down statutes, saying “the left has warped, distorted, and defiled the American story with deceptions, falsehoods, and lies.” Trump then singled out the New York Times’ Pulitzer-Prize winning essay collection, The 1619 Project, making little pretense that his commission was to produce a culture war rebuttal to that piece.

The commission’s final product, however, came under immediate criticism from historians and others for downplaying the nation’s sordid sin of endorsing slavery in its founding document and for trying to indict the Civil Rights Movement and “identity politics” as having distorted American principles.

The American right wing is so terrified of a complicated, human, history … for this country, for “western” history, for the world. https://t.co/jdBnabmkkf

The White House 1776 Report seems to regard calling the Founders hypocritical about slavery as worse for the country than actual slavery.https://t.co/xJ02meUw65 pic.twitter.com/xjF4GIiGeN

The 1776 Report is an Official Guide to America First Groupthink.

It contains a slavery apologia, lists progressivism as one of the Challenges To America’s Principles, and frames fascism as a purely foreign phenomenon.

Of course they released it on MLK Day.

If the entire 1776 Report was just the word “Actually” written in 36-point font, it would have both served the same purpose and been more accurate.

Instead of writing the 1776 Commission, the White House could’ve just released a statement that says “it hurts our feelings when you talk about slavery and racism.”

Some skeptics accused the White House of tone deaf timing by releasing its report on a day reserved for honoring the Civil Rights hero, Rev. Dr. Martin Luther King, Jr.

The Trump administration is marking Martin Luther King Day by putting out a report that defends the Founding Fathers for owning slaves and attacks the Civil Rights Movement. This is an administration racist to the core. https://t.co/k1sSMC1mgN

It’s been less than two weeks since riots at the Capitol building.

And today, on MLK Day, a new report from Trump’s 1776 Commission is comparing today’s political divisions to the Union and Confederate forces during the Civil War. pic.twitter.com/I9DAhFUJEu

And lists progressivism, which is largely responsible for safe food, factories, etc as a “challenge” to America’s principles. Along with fascism and communism.

It is shameful that the 1776 Commission would release its report on #MLKDay, as the report mischaracterizes Dr. King’s legacy, minimizes the founders’ role in extending slavery, and criticizes the Civil Rights Movement. https://t.co/1kjLOb6Wya

Others noted the report’s Table of Contents, which not-so-subtly lumped “progressivism” into a list of evil, failed ideologies like fascism and communism.

I mean, check out these dire threats to America … slavery, fascism, communism and (squints) progressivism and identity politics? pic.twitter.com/viYriFwJZz

Perhaps the biggest tell in the 1776 report is that it lists “Progressivism” along with “Slavery” and “Fascism” in its list of “challenges to America’s principles.” Time to rewrite my lectures to say that ending child labor and regulating meatpacking = Hitlerism.

The White House’s 1776 historical amnesia report targets academics and intellectuals as communists who are at odds with the real people and national interest. Hmm, what type of political movement does that? pic.twitter.com/EWdFLWMpv6

I would love to hear from the contributors of The 1776 Report where Donald Trump’s call for insurrection fits into their curriculum. #sschat #historyteacher

It’s kind of amazing that the government wasted all that money on the 1776 project when you could’ve just found the same information in the children’s section of a segregated library in 1931 for free.

There’s also a 5-page appendix on how “identity politics… creates new hierarchies as unjust as the old hierarchies of the antebellum South.”

Here are the people whose names appear on the report, may their names be ever stained by it. https://t.co/i3RfV6y7h9 pic.twitter.com/NntRwCrfdV

With just two days to go, it seems Stephen Miller has turned in his book report. https://t.co/B5jjFYZDuy