Parler Supporters Shout Censorship, But Check Out What Was Actually Being Allowed On Its Platform

Parler Supporters Shout Censorship, But Check Out What Was Actually Being Allowed On Its Platform 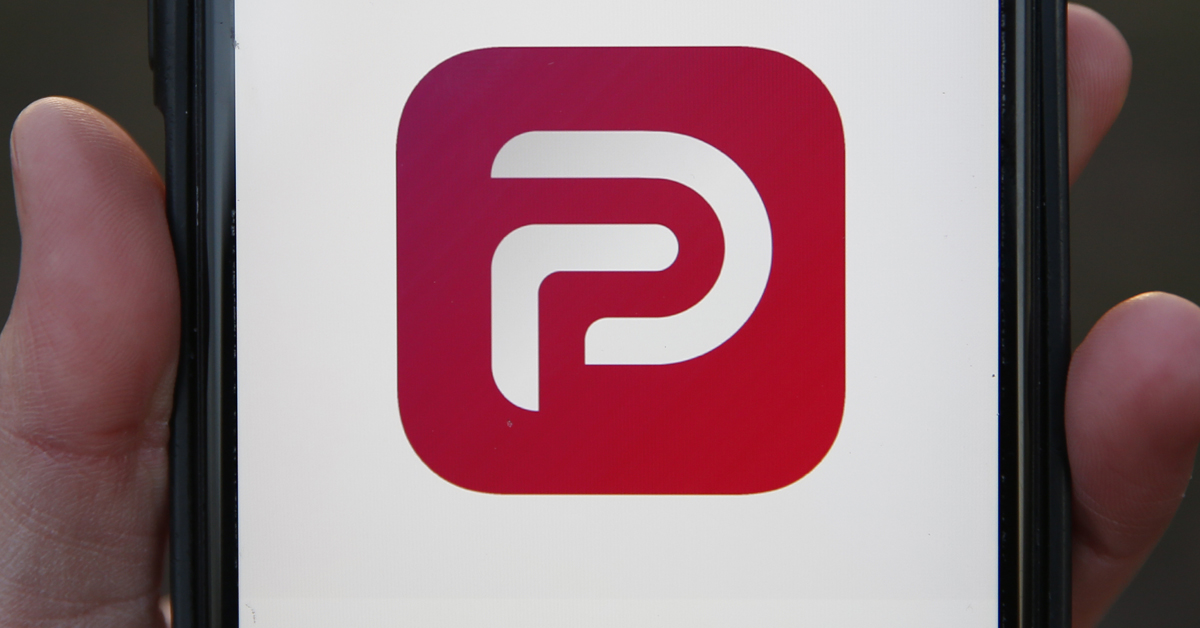 Social media app Parler was removed from the Google Play and Apple App stores, the company’s email services and even legal services were discontinued, and, at midnight Pacific last night, Amazon Web Services removed Parler entirely after a warning period, effectively shutting the company down.

According to the company’s CEO, that could last a while. Shareholder Dan Bongino doesn’t think so, though.

The de-platforming of an entire platform has become an understandably big story in the wake of the violent and deadly riot at the United States Capitol last week. On the right, the story is about silencing of conservative views and the censorship by big tech.

For the left, the media, and law enforcement, the story is rather about the organizing of criminal and malicious activity, the propagation of threats, and the transition from online messages to actual insurrection.

If that seems like a big disconnect, it’s probably because many of the people arguing that Parler was shut down for being conservative simply haven’t looked too closely at what was actually in the letter sent from Amazon Web Services to Parler, notifying them of malicious content that the service was failing to moderate.

Buzzfeed posted images of some of those messages. Conservative commentator Ellen Carmichael shared them on Twitter to emphasize the point.

Remarkably it seems the people who have the strongest opinions about Parler haven’t read what the *actual documented reasons* they’re losing their servers and store access are.

Don’t take the people who tell you they’re being censored for being conservatives at their word. Bother checking what it is they’re in hot water for. It is reasonable for AWS to be upset over a refusal to remove stuff like this. What about these is free speech conservatism? https://t.co/Qmy546kQDA

If you haven’t seen them yet, they’re worse than you think. 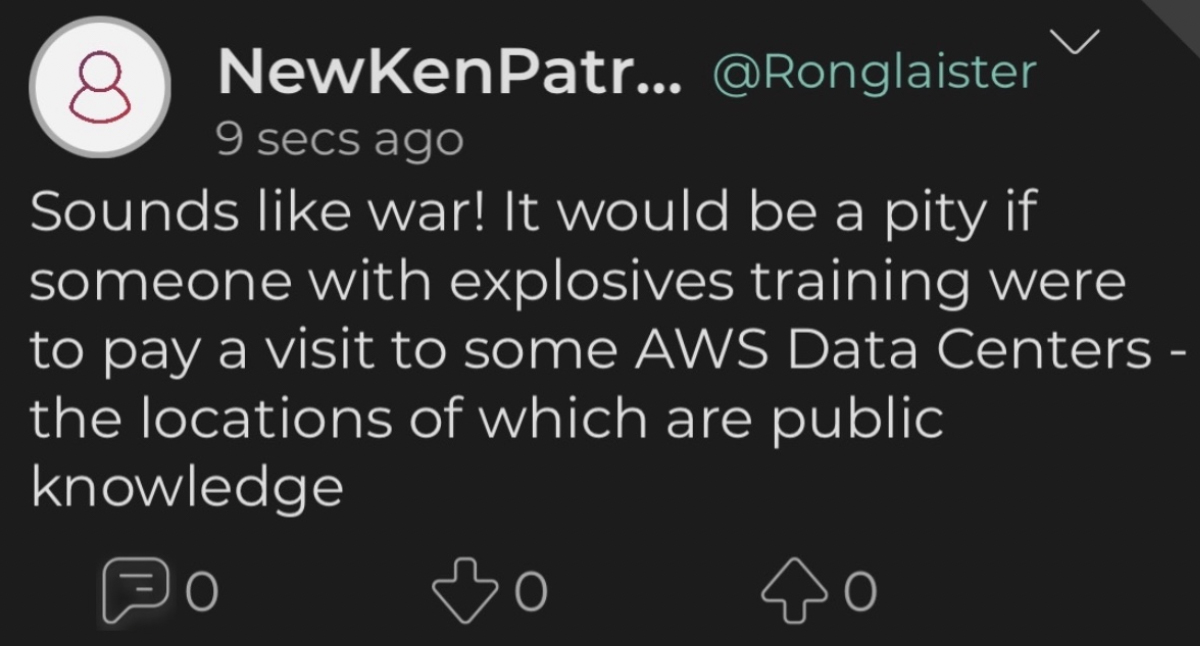 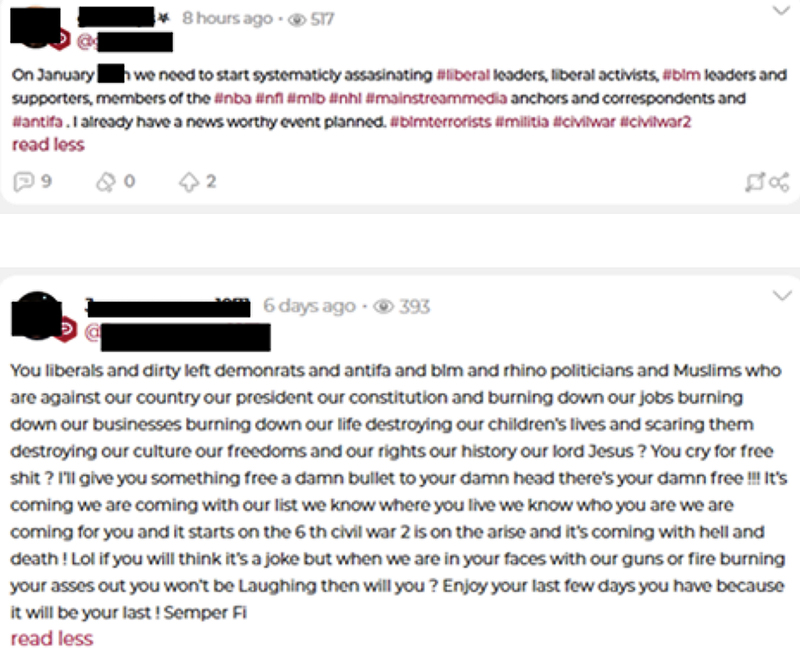 Reactions to the news that Amazon was going to pull the plug spawned renewed rhetoric. 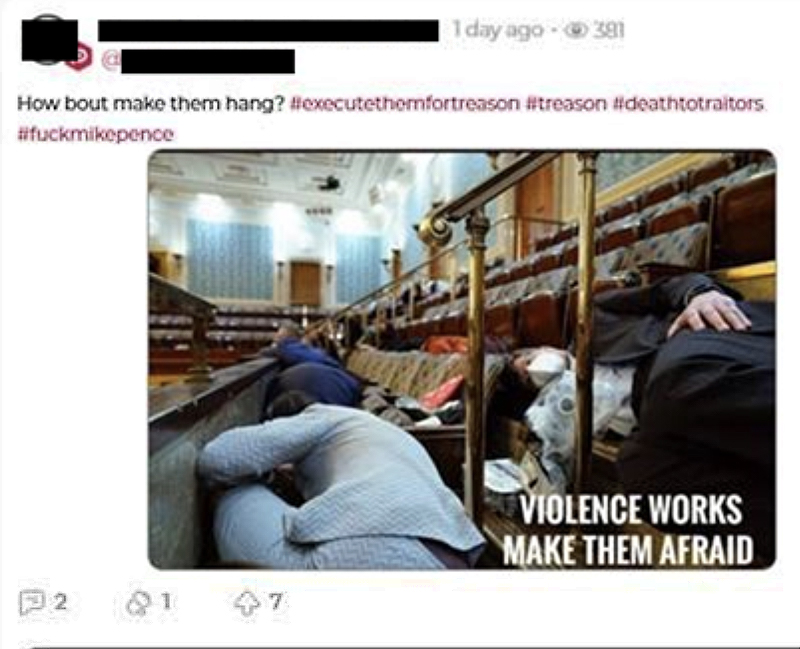 Again, for the one zillionth time, if Parler deletes the violent posts and commits to thwarting similar posts in the future, they can have their servers and store access back. But their exec says they won’t and have no reason to.

Since the events of the sixth, the topic has been huge on Twitter, and users have shared many additional screenshots from the site that illustrated the point.

For example, this random image, pulled from a Tweet. 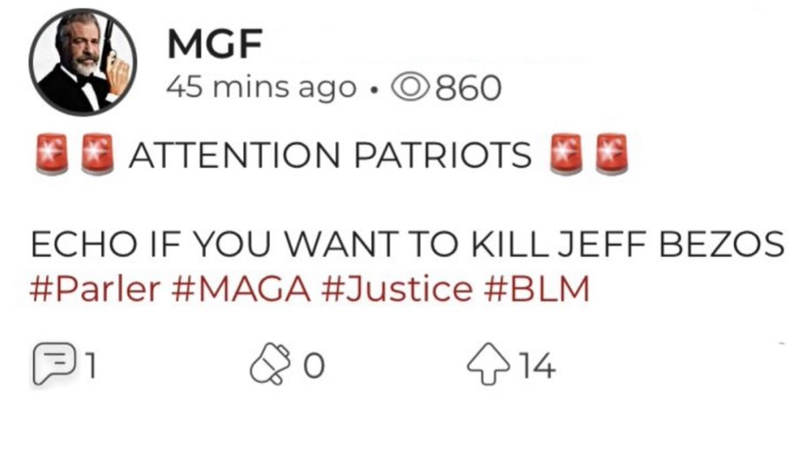 These four are from the 6th, via a leftwing Twitter account that has collected a great deal of Parler info, @ParlerTakes. Again, this is from the day of the attack. It was shared with the comment “MAGA came primed for violence.” 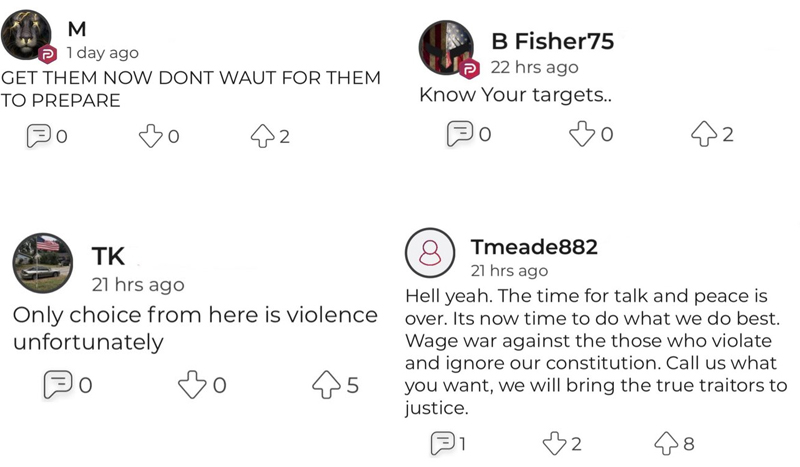 This, too, is from @ParlerTakes. 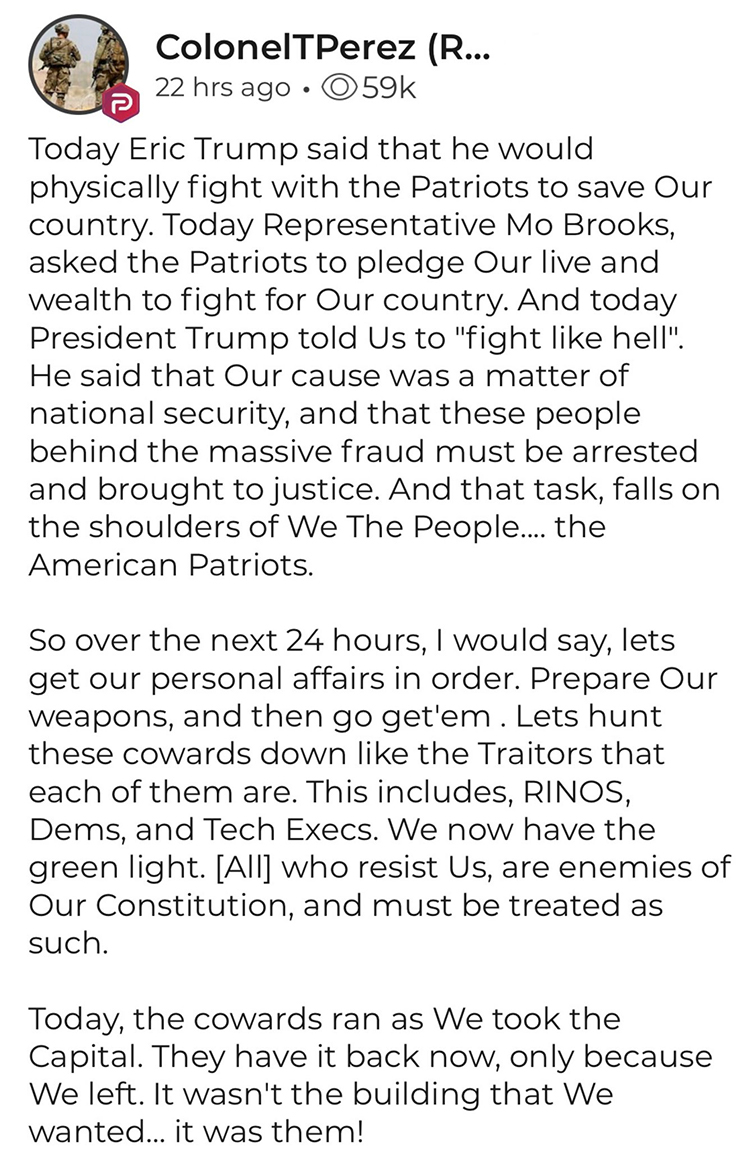 There are many more.

The question of de-platforming is a complicated one, with even the ACLU taking a less than admiring stance on the actions taken by Big Tech in the last week, including banning President Donald Trump from Twitter and many other outlets. Understanding what content was flagged on Parler is not dismissive of that fact. But one should know the grounds on which they are taking a stand on speech. It is not simply “conservatives bad” media silencing.

As for another question raised so very often in the whatabout category, it was perhaps Noam Blum on Twitter who addressed it most succinctly.

“They don’t remove other calls for murder on other platforms so why these?” is an amazing defense. https://t.co/2my2iUEKGt

That is just a solid, solid response.

[Update: corrected image that was not displaying properly.]