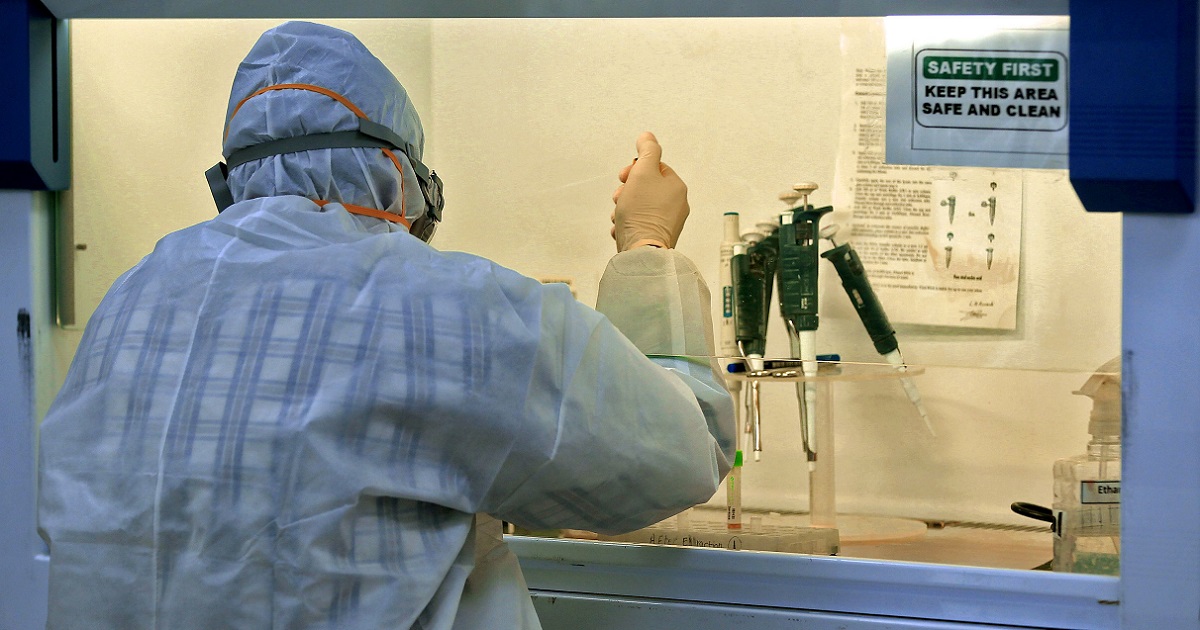 Most Americans are reasonably sure that the coronavirus occurred naturally, but a new poll this week shows that Republicans are twice as likely to believe that the virus was created in a laboratory than Democrats.

According to the Pew Research Institute, a plurality of Americans — 43 percent — believe the virus that causes Covid-19 occurred naturally, while 23 percent believe it was created in a lab. A quarter of them are “not sure.”

But a stark divide emerges along partisan and ideological lines:

When it comes to political affiliation and ideology, Republicans and Republican-leaning independents are more likely than Democrats and Democratic leaners to say the coronavirus was created in a lab (37% vs. 21%). About four-in-ten conservative Republicans say this (39%), the largest share of any ideological group.

Most of those who think the coronavirus was created in a lab believe it was done deliberately, with a smaller percentage saying it was done accidentally.

The survey recorded other disparities based on age, race, and education, but none were as stark as the partisan and ideological divide.

The belief in the artificial creation of the coronavirus was widespread enough to prompt a team of researchers to conduct a study, which found that SARS-CoV-2 — the virus that causes the Covid-19 illness — “is not a laboratory construct or a purposefully manipulated virus,” and that the researchers “do not believe that any type of laboratory-based scenario is plausible.”

Regardless of which side of the issue you come down on, that’s just what you’d expect them to say.