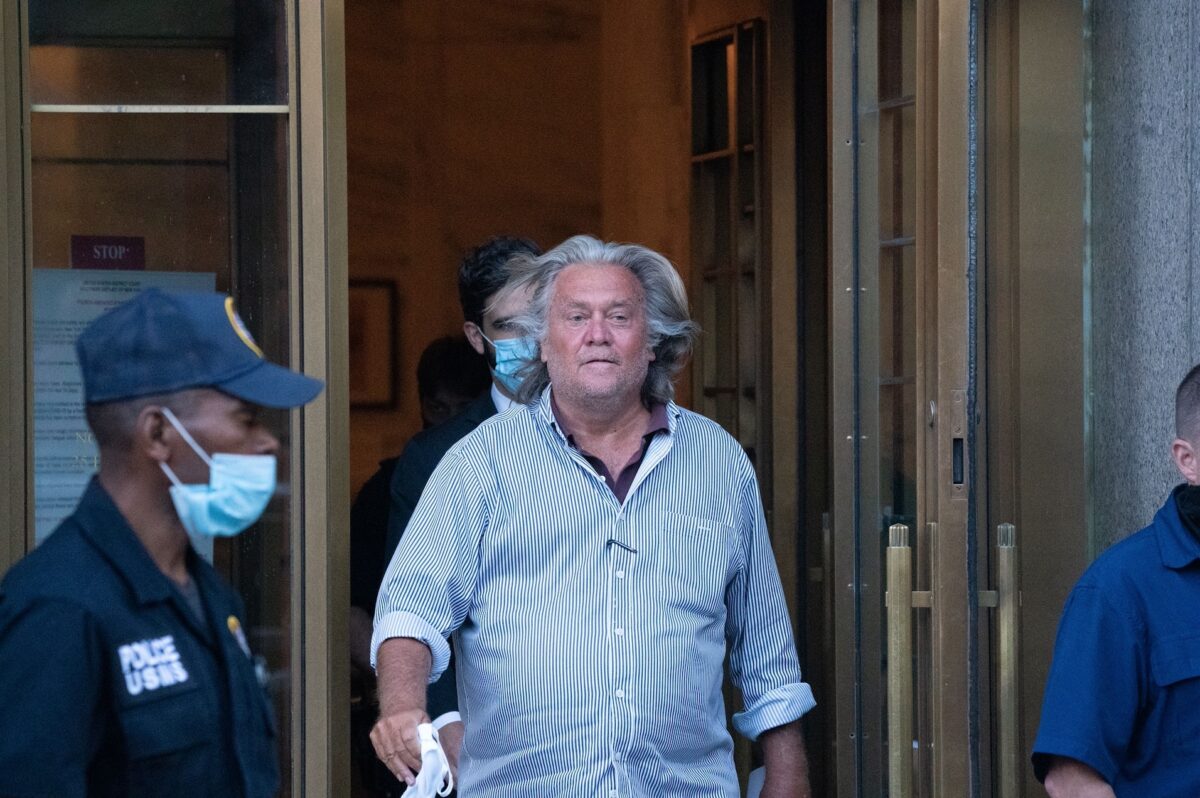 Stephen Bannon, the former White House adviser to President Donald Trump, will only receive a brief reprieve from the law as a result of the pardon Trump granted him during his final hours in office, Trump consigliere Roger Stone predicted Thursday, before prosecutors slap him with a new charge for money laundering.

“Bannon will be charged with money laundering along with another foreign-born individual soon,” Stone wrote in a post on his blog, Stone Cold Truth.

Bannon served as Trump’s campaign chief briefly in 2016 and as chief strategist in his White House in 2017. The duo spent subsequent years trading insults. Bannon was quoted complaining about the president’s adult children in a book by author Michael Wolfe, including the president’s daughter, Ivanka Trump, who Bannon said was “dumb as a brick,” and son, Donald Trump Jr., who Bannon claimed had committed “treason.” Trump responded by calling Bannon “Sloppy Steve” and saying he had “lost his mind.”

Bannon was charged with conspiracy to commit mail fraud and money laundering in 2020 in connection with a group he founded, “We Build the Wall.” Trump spoke critically of the group, saying it had been formed to make him “look bad” for purportedly failing to build an adequate barrier along the border. But after reconciling with Bannon in recent months, and reportedly agonizing over the issue at length, Trump pardoned Bannon on Tuesday evening, just hours before he left office office.

In his post on Thursday, Stone also referenced the fact that Bannon testified against him during the federal government’s effort to prosecute Stone in connection with Special Counsel Robert Mueller’s investigation of alleged Russian interference in the 2016 election — and said prosecutors violated court guidelines by failing to disclose their investigation into Bannon.

“Corrupt Prosecutors in my case had an obligation under the Giglio Supreme Court decision to tell my defense attorneys that Bannon was under federal investigation (which a simple reading of his indictment proves he was at that time) but they did not do so,” Stone wrote. This information could’ve been used to impeach Bannon on the stand.”

Stone, who was convicted on charges related to “obstructing” Mueller’s investigation, received a pardon from Trump in December, after receiving a presidential commutation in July.

“Steve accused Donald Trump Jr. of treason and said Mueller would crack the younger Trump like an egg,” Stone reminded readers. “Bannon assured everyone that Trump’s impeachment for alleged Russian collusion was imminent. Sloppy Steve was the source of two books by Michael Wolfe both of which extol the genius of Steve Bannon as well as denigrating the President. Steve referred to the Trump real estate organization as a ‘criminal enterprise.’ He also sent substantial negative information regarding Jared Kushner and Ivanka Trump to Mueller, acting as an informant.”

“His pardon by President Trump will not spare him from the incarceration he so richly deserves,” Stone added.