State Dept. Aide Testifies Trump Called Bolton at Home to Complain About CNN Story on US Naval Pushback Against Russia 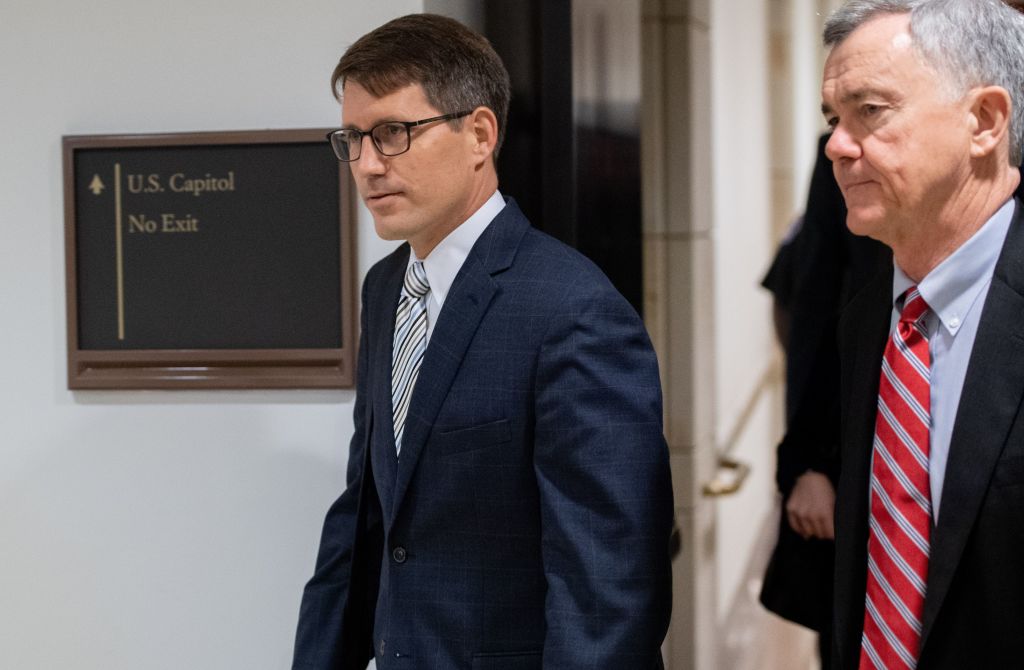 State Department aide Christopher Anderson’s sworn testimony was publicly released on Monday and, in it, he included an anecdote about an angry President Donald Trump calling his National Security Adviser, John Bolton, at home to complain about a CNN report on US Navy plans to push back on Russian aggression in the Black Sea.

As reported in Politico, Anderson, a chief aide to US special representative to Ukraine, Kurt Volker, told House investigators that the president was so upset about the fairly anodyne report that a US naval destroyer was going to conduct a mission to the key Ukrainian port of Odessa. Anderson’s full Congressional testimony can be read here.

“Now you indicated that there was a news report, if I understand correctly, that President Trump was upset with or not pleased with. Can you explain that a little more?” Anderson was asked by a House investigator.

“There was a CNN story which said that — and I don’t remember seeing the news report, but that referenced this freedom-of-navigation operation in to the Black Sea and made it seem as if this were a direct response to Russia and that it was a challenge to Russia,” Anderson testified. “The news report seemed to be, in my understanding, exaggerating the situation, because all the Navy had done was file a standard notification under the Montreux Convemtion that they were planning to transit in the Black Sea.”

“And how do you know that the President was not pleased with this report?” Anderson was asked.

“Ambassador Bolton relayed that he was called at home by the President, who complained about this news report.” Anderson replied.

Based on the timing, Trump was apparently upset about this CNN story from early December 2018, which cited three anonymous US military officials that the Navy’s move was “a response to Russia’s actions against Ukraine in the Kerch Strait, which connects the Black Sea and the Sea of Azov.”

The White House subsequently asked the Navy to cancel the operation. Months later, however, a US destroyer did sail into the Black Sea and reached Odessa on the fifth anniversary of Russia’s invasion of Crimea.