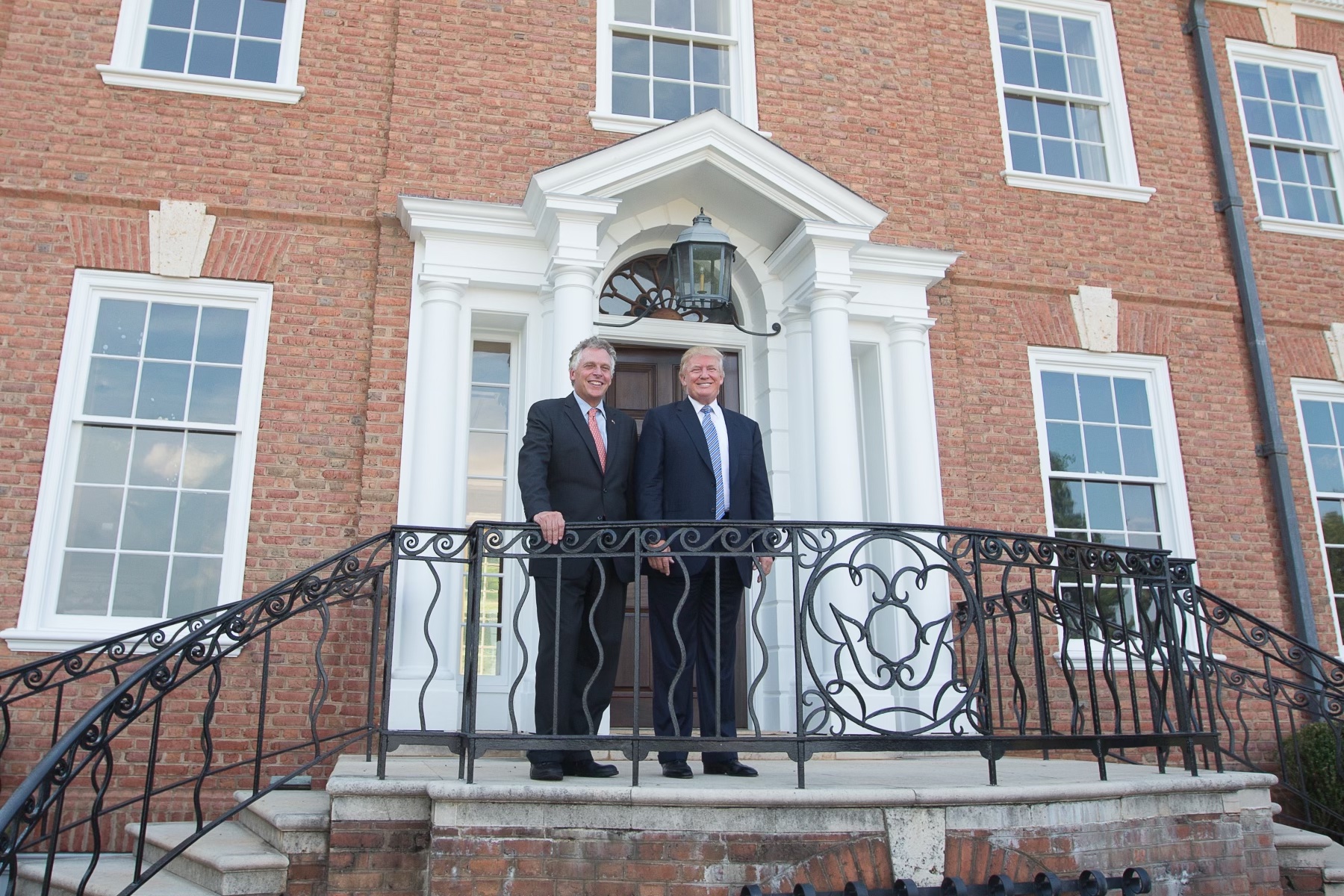 Democratic Virginia Gubernatorial candidate Terry McAuliffe visited the Trump Winery in Charlottesville, Va., in 2014, according to pictures obtained by Mediaite. 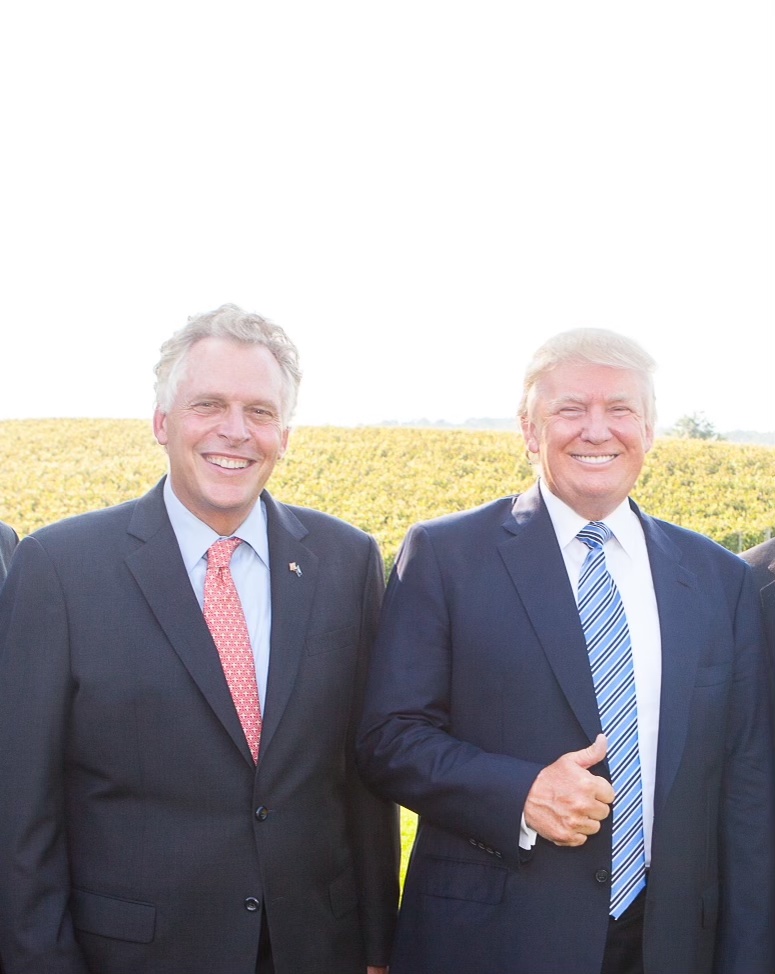 The Flickr page of the office of the Virginia Governor show additional pictures of McAuliffe’s 2014 visit to the winery.

Additionally, in April 2016, amid the presidential election season in which Trump was then the GOP frontrunner, McAuliffe praised Donald Trump’s wine business, though he did not mention visiting the winery. The following November, Trump won the election in an upset over former Secretary of State Hillary Clinton.

According to a July 2016 article in The Daily Progress, which is based in Charlottesville:

That’s where Trump picks up what some may consider an unlikely supporter: Gov. Terry McAuliffe, a Democrat who just happens to be one of the closest friends and advisers to Trump’s presidential adversary, Hillary Clinton.

Virginia Secretary of Agriculture and Forestry Todd Haymore said McAuliffe has made it “absolutely clear” that state officials are to treat Trump winery no differently than any other winery.

During McAuliffe’s recent marketing mission to Europe in April, Trump’s Blanc de Blanc was served to all guests at a media dinner in London. The governor and Haymore even posed for a picture with a bottle of the bubbly.

But that’s where McAuliffe draws the line.

“I want Donald Trump to be famously successful selling his wine,” the governor said. “I don’t want him as president, but I want him to be a successful wine merchant. I know his son Eric, and Kerry — they do an excellent job.”

“I’ve been a huge salesman for Trump wine,” McAuliffe continued. “For me as governor, it’s business first, politics second.”

“I hope he stays in the wine business.”

McAuliffe will face Republican nominee and businessman Glenn Youngkin in the Nov. 2 election. 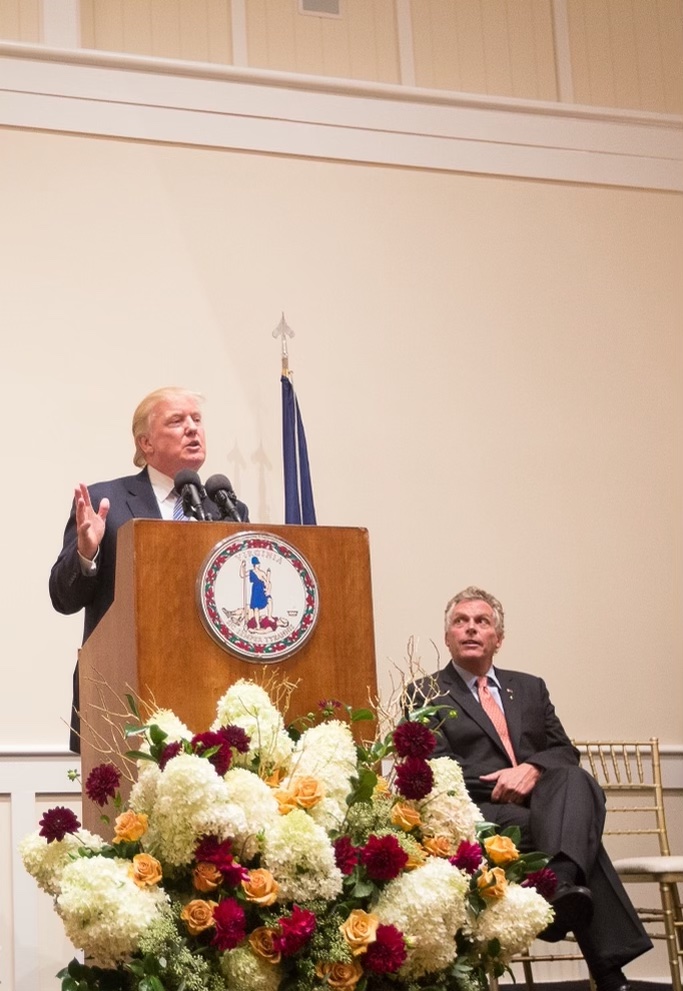 The Youngkin campaign responded to the photos with a pun.

“Given that all Terry McAuliffe talks about is Donald Trump, these photos have aged like a fine wine,” spokesperson Christian Martinez told Mediaite.

The McAuliffe campaign did not respond to a request for comment.