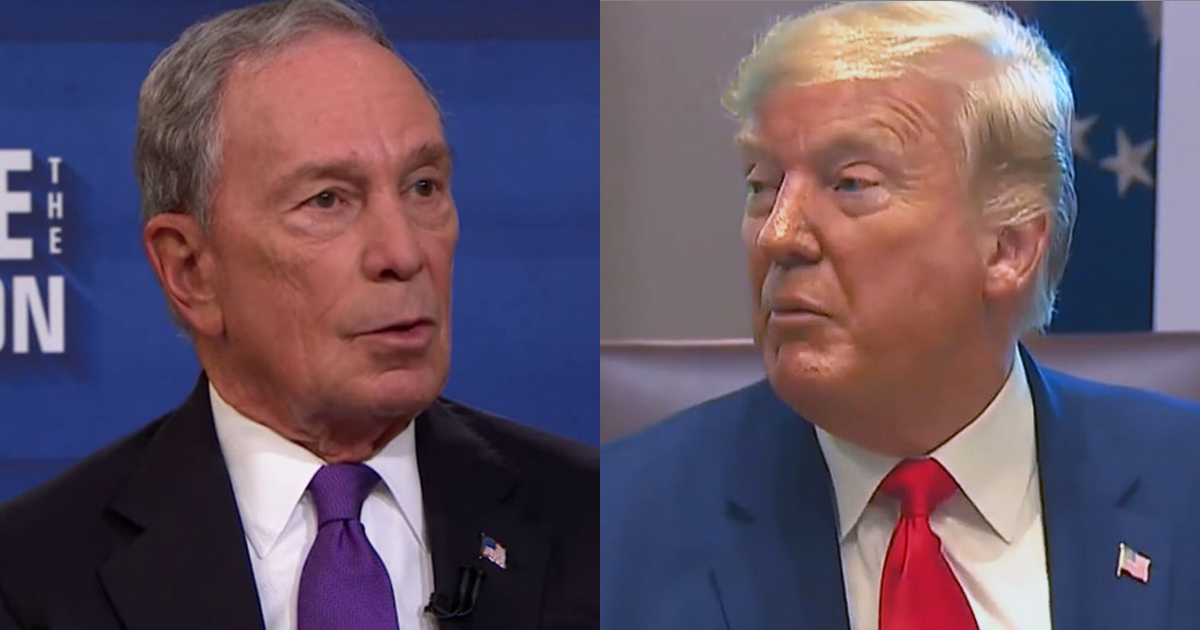 In a midnight Twitter rant, Trump complained that the billionaire’s news organization was being unfair to his campaign because of its editorial decision to only investigate him and not any of the 2020 Democratic candidates.

“Mini Mike is part of the Fake News,” Trump wrote, using his standard insult for Bloomberg before sarcastically praising the Bloomberg editor-in-chief’s reporting rules of engagement during the 2020 Democratic primary. “In fact, Bloomberg isn’t covering himself (too boring to do) or the Dems. Only Trump. That sounds fair!”

Mini Mike is part of the Fake News. They are all working together. In fact, Bloomberg isn’t covering himself (too boring to do), or other Dems. Only Trump. That sounds fair! It’s all the Fake News Media, and that’s why nobody believes in them any more.

Trump then went on to dismiss the $100-million-plus ad deluge that Bloomberg has unleashed against Trump. “He is going nowhere, just wasting his money,” Trump said, notably complaining about something that he claims has no effect on his campaign. He then went on to stoke intra-Democratic Party outrage by claiming the DNC is trying to “rig the election” against Bernie Sanders by its recent decision to change some of the debate qualifications, which will likely allow the self-funding Bloomberg to participate in future debates.

Many of the ads you are watching were paid for by Mini Mike Bloomberg. He is going nowhere, just wasting his money, but he is getting the DNC to rig the election against Crazy Bernie, something they wouldn’t do for @CoryBooker and others. They are doing it to Bernie again, 2016.

Finally, Trump reprised his long-running history of crudely insulting people’s physical characteristics by baselessly claiming that Bloomberg — who is 5-foot, 7-inches tall — is trying to negotiate the right to “stand on boxes, or a lift” during future DNC debates. “This is sometimes done,” Trump claimed, “but really not fair!”

Mini Mike is now negotiating both to get on the Democrat Primary debate stage, and to have the right to stand on boxes, or a lift, during the debates. This is sometimes done, but really not fair!