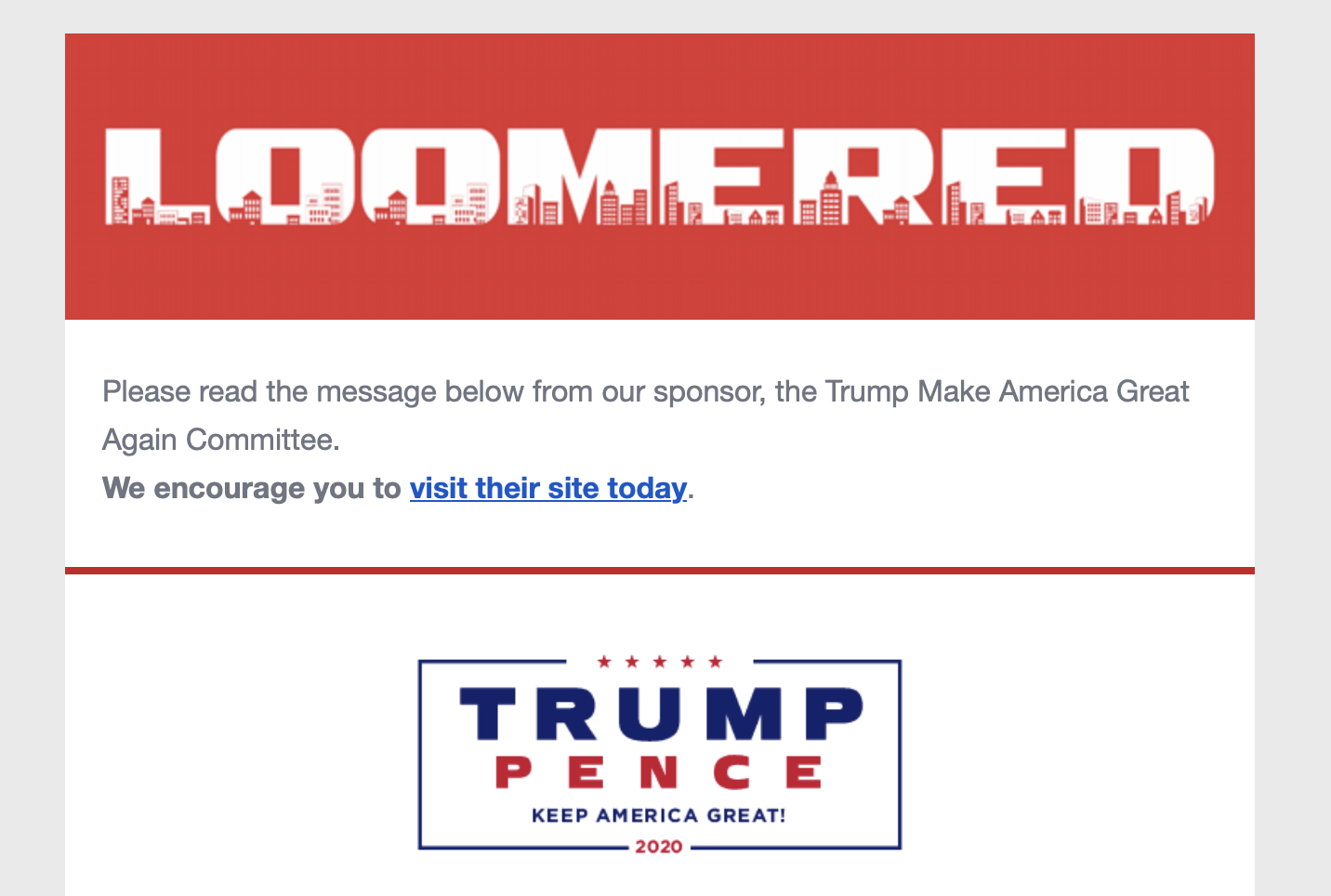 Anti-Muslim activist Laura Loomer — who is running as a Republican in a congressional campaign in Southern Florida — has found a newfound partnership: the Trump campaign is now using Loomer’s email list to solicit donations from her followers.

In an email sent out on Friday, January 31st, 2020 and obtained by Mediaite, the Trump campaign used Loomer’s email list to fundraise for his 2020 re-election campaign.

“Where have you been? The Do Nothing Democrats and their Fake News friends are trying to destroy our great Nation and I’m counting on YOU to save our country,” the email states while urging for donations immediately. Read screenshots of the said email below: 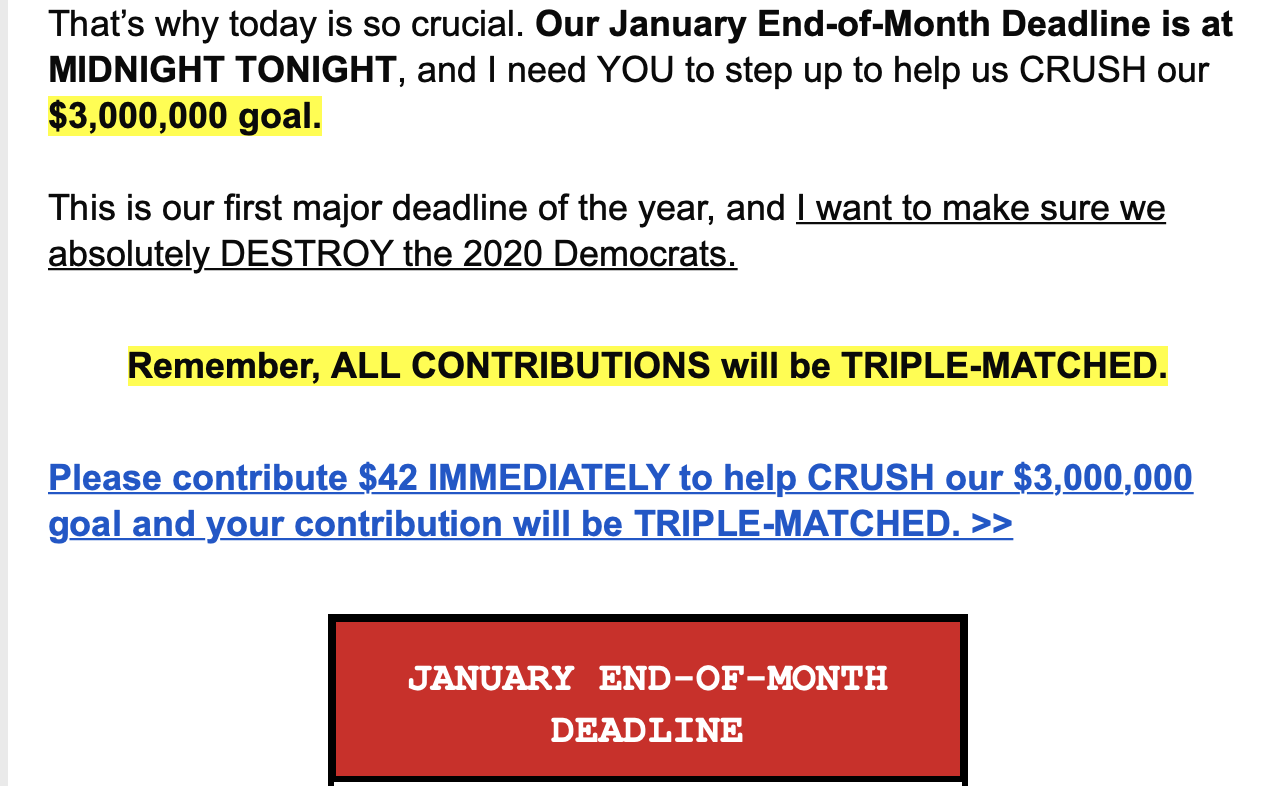 The end of the message states that the email blast was a joint fundraising push paid for by the “Trump Make America Great Again Committee,” which is “a joint fundraising committee authorized by and composed of Donald J. Trump for President, Inc. and the Republican National Committee.”

The message then states that it was sent via “2020 Illoominate Media,” which is a media firm owned by Loomer, that serves as the parent company to her news site, “LOOMERED.com.”

Loomer did not respond to Mediaite’s request for comment regarding the fundraising email, but a “media manager” for Loomered.com stated claimed that the site is a “separate entity from her campaign.”

Yet, the email sent to Mediaite had Loomer’s name posted to the bottom of the message.

Before the Trump campaign latched onto using Loomer’s email database for fundraising off of, Congressman Jim Jordan (R-OH) had used the email roster to urge for donations during the impeachment articles being brought to the floor of the house back in December of 2019.