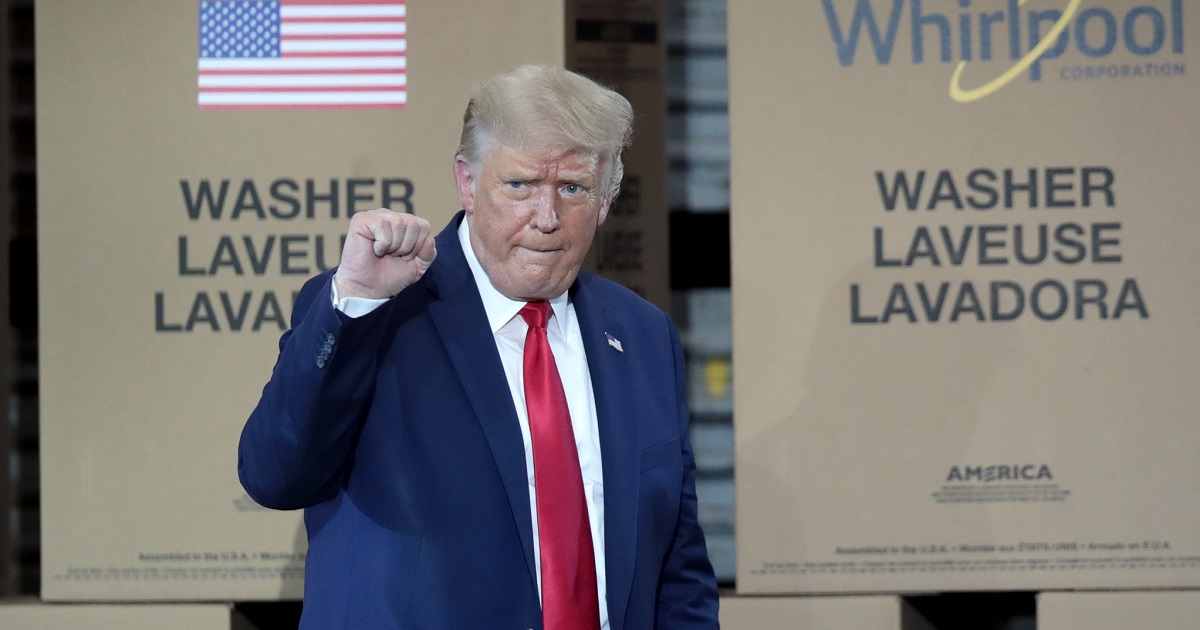 Trump made the remark to reporters as he was traveling to Pennsylvania for a trio of rallies, according to a White House pool report. Asked to respond to the Biden campaign’s statement that Trump had waved “the white flag of defeat” in response to the coronavirus pandemic, Trump replied, “He’s waved the white flag on life. He doesn’t leave his basement.”

He added that Biden was “a pathetic candidate” and said the country was “absolutely rounding the corner” with respect to the coronavirus. The comments came after the Biden campaign on Sunday issued a statement critical of Trump’s handling of the pandemic. Infections have surged over the last several days, and set a new record on Friday with 83,757 reported cases.

White House Chief of Staff Mark Meadows similarly shot back at Biden, telling reporters earlier in the day, “The only person waving a white flag along with his white mask is Joe Biden.”

The exchange developed as Trump visited Pennsylvania for a morning rally in Allentown and two afternoon rallies in Lititz and Martinsburg. He is scheduled to return to the White House by 7:40 p.m. Eastern to participate in a Rose Garden ceremony for Judge Amy Coney Barrett, who the Senate is widely expected to confirm to the Supreme Court just prior to Trump’s return.