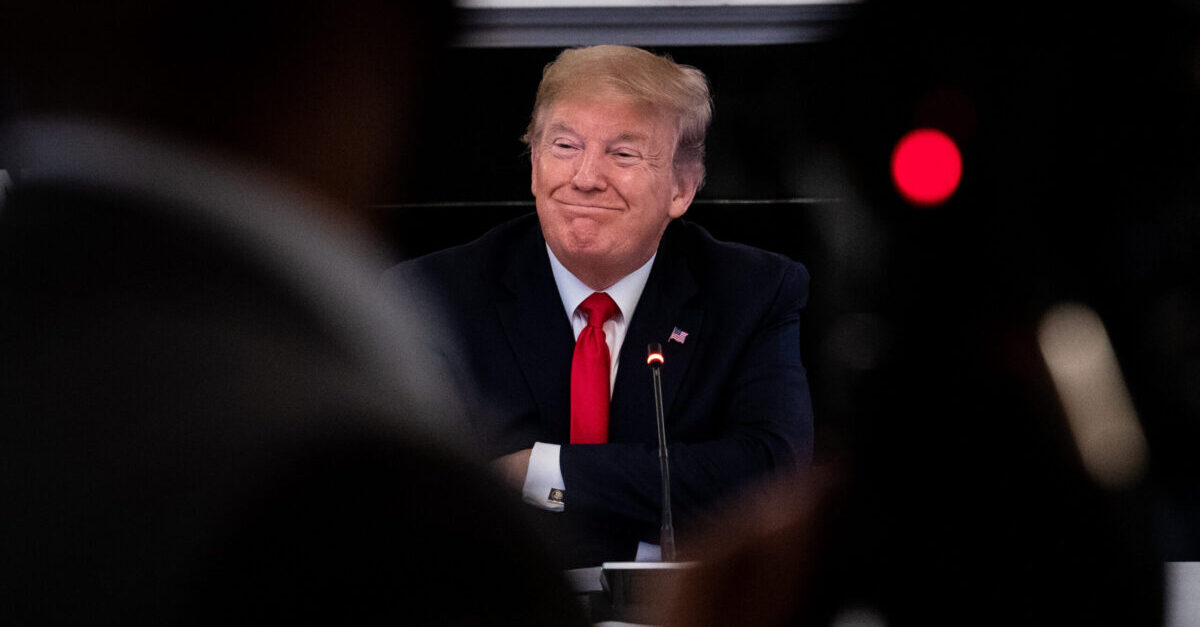 President Donald Trump is almost certain to win reelection in 2020, according to a political science professor whose “Primary Model” has correctly predicted five out of six elections since 1996.

“The Primary Model gives Trump a 91 percent chance of winning in November,” Stony Brook Professor Helmut Norpoth told Mediaite Tuesday. He noted that his model, which he introduced in 1996, would have correctly predicted the outcome of all but two presidential elections in the last 108 years: “This model gets it right for 25 of the 27 elections since 1912, when primaries were introduced.”

The exceptions include John F. Kennedy’s election in 1960 and George W. Bush’s election in 2000, when Bush won a majority of the electoral college despite losing the popular vote.

Not only will Trump win, Norpoth’s model suggests, the president will expand his margin in the Electoral College from 304 electoral votes in 2016 to 362 in 2020. That would be nearly identical to the 365 electoral votes former President Barack Obama won in 2008.

The model calculates a candidate’s chance of winning based on their success in early presidential nominating contests, putting former Vice President Joe Biden at a severe disadvantage because of crushing losses in his party’s first two presidential nominating contests. He won 15.8 percent of the vote in Iowa’s caucuses, where he placed fourth, and 8.4 percent of the vote in the New Hampshire primary, placing fifth. It wasn’t until the Democratic Party’s third contest, South Carolina’s primary, that Biden began racking up victories on the way to his party’s nomination.

The only other candidate to win the Democratic nomination after losing those two critical states was Bill Clinton in 1992, and under significantly different circumstances. Iowa Sen. Tom Harkin won his state’s presidential primary that year, but fell to a fourth-place finish in New Hampshire while Clinton surged to second.

Norpoth said his model succeeds by placing an emphasis on how much enthusiasm candidates are able to generate early in the nominating process, and by discounting public opinion surveys. “The terrain of presidential contests is littered with nominees who saw a poll lead in the spring turn to dust in the fall,” Norpoth said. “The list is long and discouraging for early frontrunners. Beginning with Thomas Dewey in 1948, it spans such notables as Richard Nixon in 1960, Jimmy Carter in 1980, Michael Dukakis in 1988, George H.W. Bush in 1992, and John Kerry in 2004, to cite just the most spectacular cases.”

Surveys have largely suggested Trump is falling further behind Biden as the coronavirus pandemic wears on, with several polls conducted in June showing Biden with an eight to 12 point lead nationally. A CNBC survey late last month showed Trump trailing in swing states as well, with Biden ahead by eight points in Wisconsin; six points in Pennsylvania; and five points in Florida — all states Trump won in 2016. As of July 8, the Cook Political Report insists Biden is on track to win with 279 electoral votes — one more than it predicted Clinton would win in 2016. (She ultimately won 227.)