Trump Rampages Over NYT Story On Mexico Tariffs: 'They are truly The Enemy of the People!'
BORDER

Trump Rampages Over NYT Story On Mexico Tariffs: ‘They Are Truly The Enemy of the People!’ 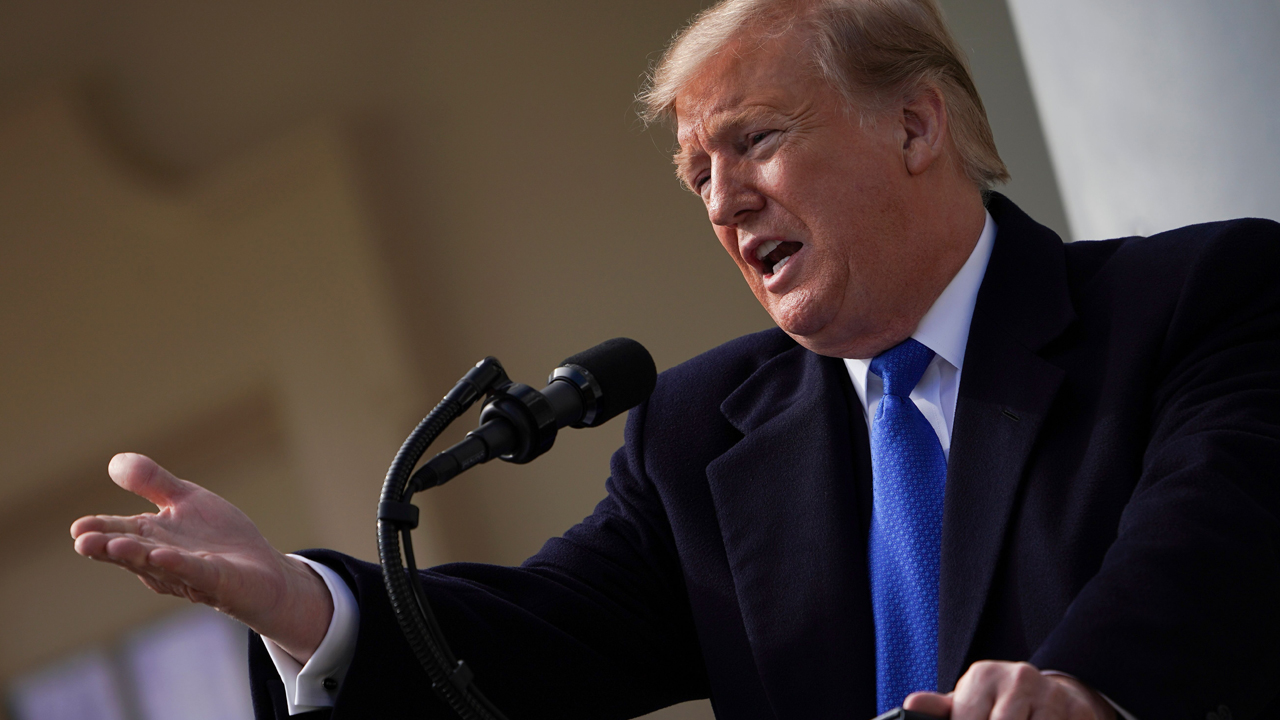 President Donald Trump opened up a whole thread of rage on Twitter Sunday in response to the devastating New York Times report, published Saturday, that Mexico’s concessions were not a result of pressure from tariffs but rather months of preparation. The random caps rant accused the Times of being fake news and disputed the premise of the story, if not any of the actual facts.

The Times reported that the deal which Trump announced on Friday “consists largely of actions that Mexico had already promised to take in prior discussions with the United States over the past several months,” and that it was not in the main reached because Mexico was responding to the tariff threat.

Trump was enraged on Twitter on Sunday and unleashed a threaded tirade. He began by pointing out that the Times was correct that such border actions had been something the U.S. was trying to get from Mexico for a long time. He said that for many years “Mexico was not being cooperative on the Border,” but that now he has “full confidence” that they will “be very cooperative” going forward.

He said that one thing not mentioned in “yesterday press release,” presumably referring to Friday’s announcement, didn’t include one item “in particular” that was agreed upon but not announced yet.

He then said that the New York Times will do anything to see the country “fail” and added the Enemy of the People line as his closer.

It was not a specific dispute of any point, except to confirm that items agreed to had been on the table for months, as the report indicated.

Another false report in the Failing @nytimes. We have been trying to get some of these Border Actions for a long time, as have other administrations, but were not able to get them, or get them in full, until our signed agreement with Mexico. Additionally, and for many years,….

…..Mexico was not being cooperative on the Border in things we had, or didn’t have, and now I have full confidence, especially after speaking to their President yesterday, that they will be very cooperative and want to get the job properly done. Importantly, some things…..

…..not mentioned in yesterday press release, one in particular, were agreed upon. That will be announced at the appropriate time. There is now going to be great cooperation between Mexico & the USA, something that didn’t exist for decades. However, if for some unknown reason…

…..there is not, we can always go back to our previous, very profitable, position of Tariffs – But I don’t believe that will be necessary. The Failing @nytimes, & ratings challenged @CNN, will do anything possible to see our Country fail! They are truly The Enemy of the People!

…and a short time later, a follow-up:

If President Obama made the deals that I have made, both at the Border and for the Economy, the Corrupt Media would be hailing them as Incredible, & a National Holiday would be immediately declared. With me, despite our record setting Economy and all that I have done, no credit!

Reminder, just a few months ago Trump falsely claimed Mexico had for first time detained people from Central America—something they had been doing for years. https://t.co/TQGyn5l8Ip https://t.co/5S08zUHv8f

Although Trump could have said that the Times own article, in arguing that it was months of negotiation which brought about portions of this deal, was still inadvertently crediting his administration’s efforts, it was probably the challenges to his backbone on tariffs that enraged him.

Having threatened Mexico with an escalating series of tariffs — starting at 5 percent and growing to 25 percent — the president faced enormous criticism from global leaders, business executives, Republican and Democratic lawmakers, and members of his own staff that he risked disrupting a critical marketplace.

After nine days of uncertainty, Mr. Trump backed down and accepted Mexico’s promises.

With the tariff threat gone, at least for now, and Mexico agreeing to at least some items on the table, the good news is that a deal means no added pain for American wallets and purses.

Corrected typo: Glenn Kessler is with the Washington Post, not the NYT.