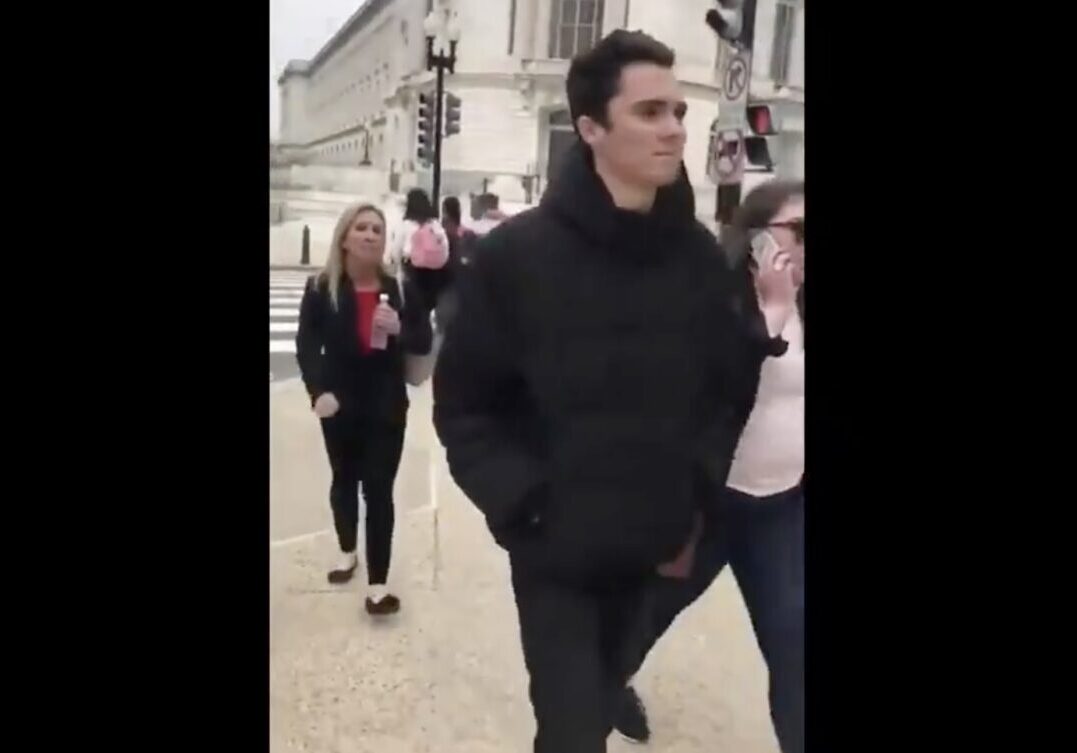 Fred Guttenberg, whose daughter was a victim of the shooting, took to Twitter to share the video, which shows Greene following and verbally accosting Hogg for at least 90 seconds:

.@mtgreenee, is this you harassing @davidhogg111 weeks after the Parkland shooting, that my daughter was killed in & he was in? Calling him a coward for ignoring your insanity. I will answer all of your questions in person. Get ready to record again.pic.twitter.com/aQjL74x7kh

“[Greene] is this you harassing [Hogg] weeks after the Parkland shooting, that my daughter was killed in & he was in? Calling him a coward for ignoring your insanity. I will answer all of your questions in person. Get ready to record again,” Guttenberg’s caption read.

The video shows Greene demanding Hogg reveal why he supports “red flag laws,” which allow law enforcement officers or family members to petition a state court to order the removal of firearms from anyone that may be a danger to themselves or to others.

“Why are you using kids as a barrier,” she said to the then high school student, adding, “Do you not know how to defend your stance?” when she was met with silence.

Greene then revealed to the teenager that she is not only a gun owner, but also has a concealed carry permit, implying she may have had a firearm on her at the time.

She continued to question why Hogg was using children to fight the Second Amendment, adding that if schools were protected by “security guards with guns,” there would no longer be any mass shootings at schools.

Hogg successfully managed to escape Greene, never once engaging with her, and crossing the street when given the chance.

“He has nothing to say because he is paid to do this,” Greene said straight to the camera, floating an incredibly dangerous theory that Hogg and his classmates were acting as the survivors of a massacre to advance a liberal political agenda.

“This guy, with his George Soros funding, and his major liberal funding, has got everything,” Greene said of the teenager that just lost many of his friends, lamenting the fact that she hasn’t managed to rake up enough funds to help her protect gun rights.

Greene recently got into hot water with Kevin McCarthy, after several of her past bonkers posts were unearthed, showing that in addition to the Parkland shooting, she believed 9/11 and the Sandy Hook school massacre were also staged.

Greene additionally called the election of two Muslim members of congress in 2018 “an Islamic invasion of our government.”